LED lights are being used more and more in the horticultural industry, most often as grow lights. Yet now the Spanish company ATG Ingeniería has launched a tool in what LED lights are being used as crop protection. "Biocaptur S50 is the first biological control device against Tuta Absoluta," they say proudly. "The insects are being attracted by the specific light frequency and then are sucked into the machine". 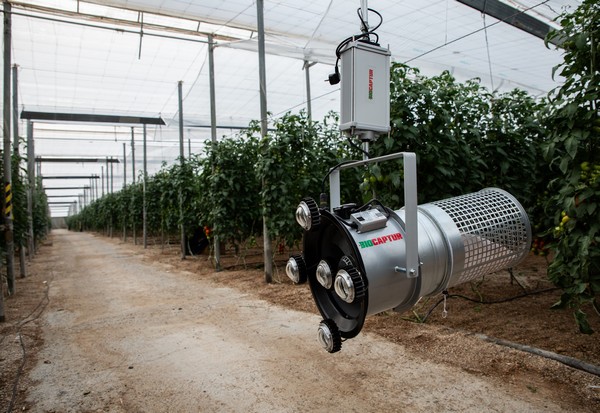 The Biocaptur S50 is specially designed for the greenhouse.

ATG Ingeniería, with headquarters in Almeria, has created the Biocaptur after an intense R&D program aimed at finding the specific light frequency that acts as a powerful attractant for the Tuta absoluta.

The Biocaptur S50 consists of an LED lighting screen with a central LED spotlight and additional LED spotlights, a spiral turbine, a collector housing containing the insect trap bag (biobag). The whole set is mounted on a metal support adapted to fix the equipment both on the ground or at an elevated position. The device sucks the insect in, confining it in the mesh installed inside. The device is active against Tuta from the first stages untill adulthood. 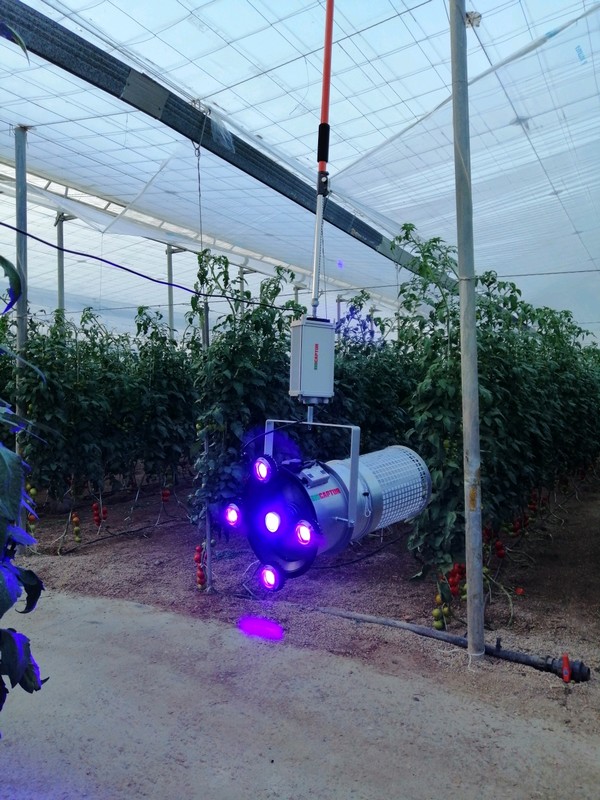 Testing
"The tests carried out with Biocaptur S50 and its previous prototypes in greenhouses in various agricultural areas of the province have shown its capacity to exercise definitive control over the Tuta absoluta, achieving superior results than other methods applied to combat this threat to tomato crops," the researchers say. "Since it has an impact on the Tuta colony from the first stages of the insect's biological cycle, it not only reduces the population drastically, but also disrupts its reproduction phase."

Biocaptur S50 does not require the use of any substances. "So it is perfectly compatible with integrated pest management and integrated production. It is programmed to be active in the night - in the hours that coincide with the biological cycle of the Tuta absoluta, therefore it has no effect on other insects or biopollinators," they add. "And in any case, as mentioned above, it uses a specific electromagnetic light frequency for this species." 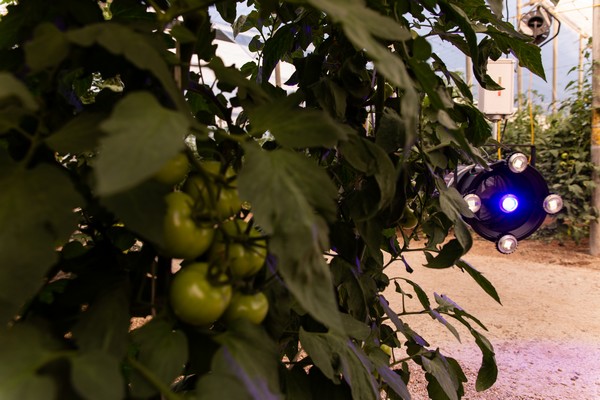 Biocaptur S50 can be placed at the appropriate height, depending on the development of the crop.

The performance of a Biocaptur unit is optimal within 5,000 square meters. "This level of efficiency makes it a highly profitable option, as it prevents the damage caused by Tuta with a fairly low cost per square meter, avoiding the need for treatments and labor," the team with Biicaptur says. "Also, the different tests carried out have shown its ability to attract and eliminate other harmful insects in Almeria, such as other Lepidoptera (Spodoptera exigua, Helicoverpa armigera, etc)."