The virtual edition of the New York Produce Show kicked off yesterday, December 9th, and will run through Friday December 11th. The show consists of general sessions in the mornings and exhibitor hours in the afternoons. For the first general session of this year’s show, Jim Prevor talked with five retailers and reflected on the past year. Pandemic challenges, merchandizing and demand shifts were discussed, as well as a look forward to what might be expected in the new year. 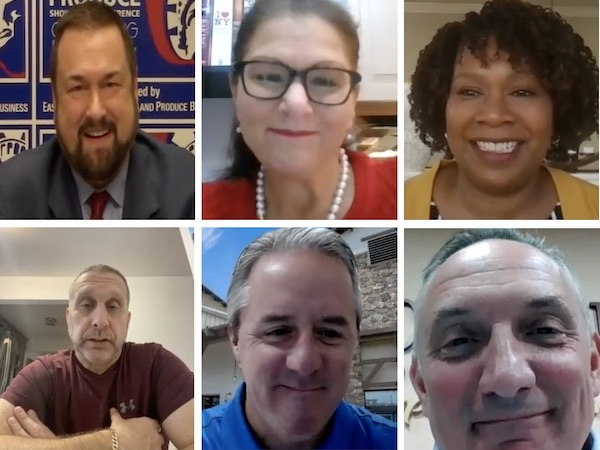 The chaos of the early months of the pandemic
To start off the conversation, each retailer briefly discussed what the start of the pandemic was like for them. As might be expected, the general consensus was that it was an unprecedented time of panic and uncertainty. Marianne Santo, the Senior Category Manager of Produce and Floral at Wakefern, who is currently also serving as the President of the Eastern Produce Council, says: “Panic is the right word for it: stores were getting annihilated. After the paper and cleaning products ran out, produce was hit, and consumers were stockpiling items like potatoes, onions and apples.” Kelly Davis of Allegiance Retail Service and Officer of the Eastern Produce Council adds: “Produce saw certain items go crazy, and we had to move quickly to put precautions into place for both the customers and the employees. It was really eye-opening and different than anything we’ve ever experienced before in produce.”

“We had to do more with less, and while business benefitted, we had to meet the challenge with less help as some employees were afraid to come in – we have been working with half a crew. It’s been a never-ending snowstorm,” says Tony Mirack, Produce and Floral Director of Operations for McCaffrey’s. Paul Kneeland of Gelson’s Market provided the West Coast perspective: “What happened here in California was probably the same as everywhere else: total chaos. Consumers were buying everything they could in every possible department, and there was nothing left in produce, on the meat shelves or the aisles.”

For Marc Goldman, Produce Director at Morton Williams Supermarkets, the story was a bit different: “We have 16 stores, 14 of which are in Manhattan, one is in the Bronx and one is in Jersey City. The first few weeks we doubled business and it was crazy. This lasted for a while, but then the rioting and looting started, and people began leaving the city – over 500,000 people moved out of Manhattan, and it has affected business a lot.”

Through it all, everybody spoke highly of their vendors: “Having great relationships and partnerships is where the produce industry shines,” says Davis. “We supported our vendors and they supported us – even when we pulled back on the lighter SKU items and increased the high-volume SKU’s,” she adds. “Our vendors went above and beyond to limit packing overtime and bypass the constraints. We demanded a lot of them, but we all had the same goal: to make sure people could feed their families,” Santo adds.

Demand shifts and new merchandizing strategies
Throughout the pandemic, retailers have seen many changes occur in the consumer’s shopping habits, to which they’ve responded with new merchandizing strategies. A few categories shined above the others in the past year: “Anything with vitamin C has been a star, and packaged items are also up in sales – though not as much as we initially expected,” says Davis. Precut items are also up. “Cut fruit actually slowed down, but cut vegetables picked up. There was a shift from grab-and-go items to more traditional cooking items,” adds Goldman.

Gelson’s saw a similar trend, Kneeland shares. “With people cooking at home more, they’re looking for convenience, so fresh cut items have definitely been up. Additionally, with a bigger focus on health, the organic category has been up too,” he says. For McCaffrey’s, produce with a longer shelf-life saw an increase in sales: “Jarred fruit, sundried tomatoes and jarred garlic for example have been up in sales. We also have seen an explosion in the vegetarian category, though we’re still not sure why. Finally, our veggie wash has been up 150% in sales,” Mirack says.

These changes in consumer demand have also spurred changes in merchandizing strategies. Goldman shares that they have expanded on their packaged items, but due to business being slower they have also had to adjust their stock levels and carry less items. At Gelson’s, Kneeland has worked to provide convenient meal solutions for customers by cross-merchandizing: “In the meat department, we’ll add fresh cut veggies and potatoes to the pork, for example, to help customers grab a whole meal in one location,” he says. For McCaffrey’s there’s been changes in the physical makeup of the store: “We wanted to create as much open space as possible and did not create any secondary displays on the floor to open it up,” says Mirack.

There has also been a move to virtual merchandizing, and specifically virtual tastings. “Sampling used to be really big for us, and now we haven’t done any in almost a year,” Kneeland says. “So, we did a virtual wine tasting – the customers picked up the items in-store and then joined us virtually as we talked through the products and their pairings. This could be a huge opportunity for the produce business too,” he adds. At McCaffrey’s, they have created instructional videos for fruits. “We have a QR code next to the produce display which takes the consumers to the video on our YouTube channel and it has been extremely successful,” says Mirack. 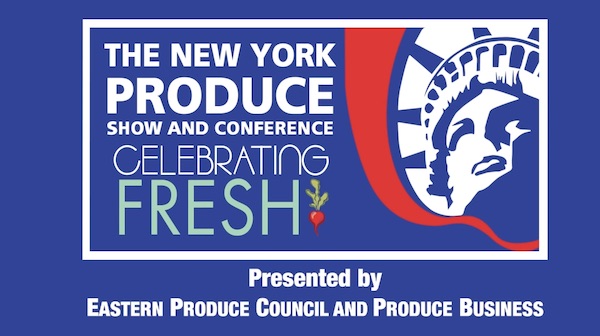 What will 2021 bring?
Based on their experiences this year, each of the participants was asked what they think the new year will look like. The responses were quite mixed: “I think home cooking will endure,” says Santos. “People have started to feel a pride in creating meals and have become more confident about it too.” Davis believes that the endurance of this trend will depend on the economy: “If it continues this way, and unemployment stays up, people will continue to cook at home,” says Davis, adding: “On the other hand, there will also be many people who are itching to get out, post-pandemic, so that would mean increased restaurant meals.”

Outside of what the consumer might do or want, the fact remains that many restaurants have closed down permanently due to the pandemic. Kneeland says: “I don’t think we will return to the ‘old normal.’ We are in a new age. The viability of restaurants will have a great effect: many restaurants have had to close down, which is very unfortunate, but people still need to eat. As retailers we have to start thinking about how to provide the meal solution and be a larger part of the customer’s meals going forward into the future.”

The working from home trend might continue post-pandemic, too, as many companies have seen that their employees can be just as efficient from home and this would free up budgeting spent on large office spaces. “This will mean that the lunch customers will continue to be affected; a lot of people came to the stores for their lunch, and when they’re working from home that need isn’t there,” says Goldman.

Mirack had a different outlook: We’ll get comfortable again, eventually. Once the pandemic has run its course, life will return to normal. We’ll have learned some good lessons, adjust, and move on.”