Week 44 has come and gone. That's when the Dutch domestic market usually switches to import greenhouse vegetables from Spain. The Spanish greenhouse season is, therefore, in full swing. Programs have kicked off, and importers have seen supply and demand rising by the day.

The season promises to be unpredictable. That's thanks to both COVID-19 and Brexit. It, however, didn't start as such. It began calmly and smoothly. And, unlike other years, the weather was remarkably good. There was, however, a semblance to previous seasons - a decreasing tomato acreage. In November, there was dumping, falling prices, and a difficult market situation, after all. But, none of this was evident in weeks 44 and 45. That's when this article appeared in the trade journal, Primeur. 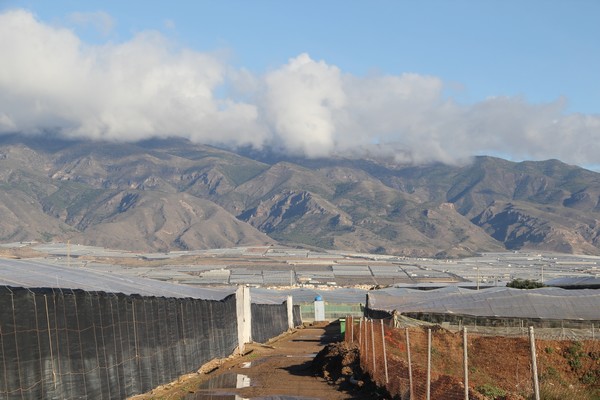 Fewer tomatoes
The declining tomato acreage no longer surprises anyone. This has been ongoing for several years. There are several reasons for this. There's increased disease pressure and competition from the north and south. Spanish growers are also incurring ever-higher labor costs. This year, again, the size of this product's area has fallen.

In Andalusia, it concerns a decrease of around three percent. That means there's still 8,390 hectares of tomatoes being grown in this southern Spanish region. Also, growers have planted more retail varieties, says Michel de Winter. He visits Spain every week on behalf of Dutch tomato breeding company, Axia Vegetable Seeds.

Michel sees the advantage to having a necessary profession in the food supply sector. The company has a demo greenhouse in Almería. There, production starts a little earlier than usual than at other growers in the region. "The weather was, indeed, excellent in the pre-season. So, growers arrived on the market a little earlier. The quality's also very good." 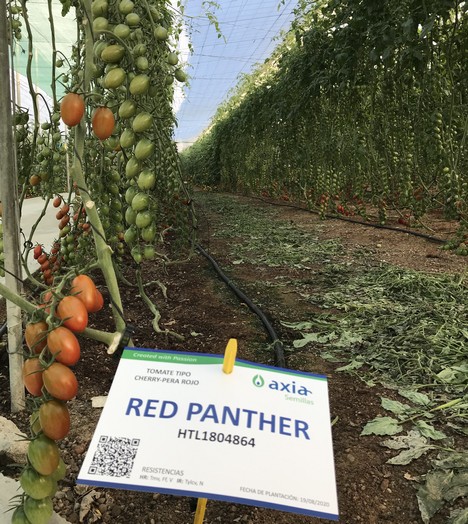 A peek into Axia's demo greenhouse in Almería

"Fortunately, unlike other years, there hasn't yet been any bad weather. We didn't even have hail, which damaged greenhouses last year. Growers have only recently had colder nights. That means some products are a little later, but luckily, none have been lost." All this made for a calm start to the season.

In contrast, the bell pepper acreage in Spain grew again this season. Its expansion is almost parallel to the decrease in the area used to grow tomatoes. Michel knows this is aided by the Spanish bell pepper growers having lower labor costs. "Unlike tomatoes, bell peppers are a more traditional crop, which reduces costs. In Andalusia, with a growth of 2.5% and the area's increased to 1,250 hectares. Last year's good prices also encouraged farmers to cultivate this product instead."

In Spain, it's often clear to see how products are or have been performing, says Paul. "Growers often farm in response to the market. But, this year, our farmers aren't really aware of that. Little has changed for us. But, considering the whole sector, these slight changes make for a considerable shift in the area being cultivated." What Greenfood Iberica does have in store is aubergine. "We've asked our growers to expand this product's acreage. It contributes better to the total bell pepper-courgette-aubergine package."

Els van Herpen-Claessens manages auction sales at the Dutch growers cooperative, ZON. She's noticed a slight increase in bell pepper sales. "We try to achieve this every year for all products. But it's harder with tomatoes. After all, the acreage is shrinking in Spain." The question is if this will continue. Els can't answer that.

"For now, I don't see the area in Almeria increasing again. Last winter, on the other hand, we did see an increase in the auction supply of Dutch vine tomatoes. The market is increasingly being supplied with tomatoes from other countries. That's not yet the case on ZON's auction floor."

Questions
There's a growing Moroccan supply on the market. This is being regarded with suspicion, notes Paul. Spanish growers are particularly concerned. That's evident from the protests and recurring calls for an import quota. "Brexit also plays a role here. Nobody knows exactly what it entails. Farmers are probably afraid that Morocco could circumvent European rules."

"The Spanish farmers are concerned that Morocco might enter the UK market with large volumes once the British leave the EU. We don't do that much trade in the United Kingdom. But, as a precaution, we'll reduce the number of loads. Then, they won't get stuck at the border. That's as soon as there are rumblings on the Brexit front."

COVID-19 is another big question mark hanging over the market. At the end of October/beginning of November, more and more countries were closing down their hospitality sectors or putting additional measures in place. This undoubtedly affects greenhouse vegetable demand. "Of our auction clients, 25-30% are German, including traditional German wholesale markets," says Els.

"When the hospitality industry shuts down, you often notice this in the size of the auction transactions." The coronavirus swept through Europe in spring. But it didn't affect ZON. "Supplies were always on time. We're staying in close contact with our contact person in Spain. And the supply partnerships are going well." 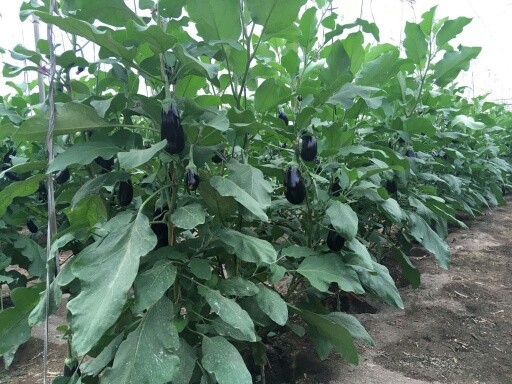 Flexibility
What Michel does see is that growers are choosing to be flexible in their cultivation a little earlier. They're opting for crops that make switching easier, even during the season. "Areas of fast-growing crops have increased. These include cucumber, courgette, and (water)melon. You can switch more quickly with such crops if prices are disappointing during the season. It also has advantages for disease pressure."What's more, you're on the market quickly. With cucumbers, it's in just 30 days." The areas under cucumbers and courgettes have grown. For cucumbers, that's by three percent more, accounting for 5,500 hectares. And for courgettes, 1.5% more, so 7,800 hectares. Both of these figures are for Andalusia. Courgette acreage increased again for the first time in years. Just like watermelon and melon. Spanish growers use these rotation crops at the beginning or end of the season.

Paul shares Michel's view. He's also noticed that growers sold lightly less of their produce on contract. There's a twofold reason for that. "Growers don't want to be stuck if problems arise. It's, after all, an uncertain season. The second reason is the unreliable demand from the hospitality industry."

That's also why planting sometimes took place later, and farmers also determined their volumes later. "Growers sometimes seem to have waited as long as possible. They certainly didn't plant willy-nilly. For example, there were hardly any special chilies unavailable in week 44. The farmers sold almost everything on contract." 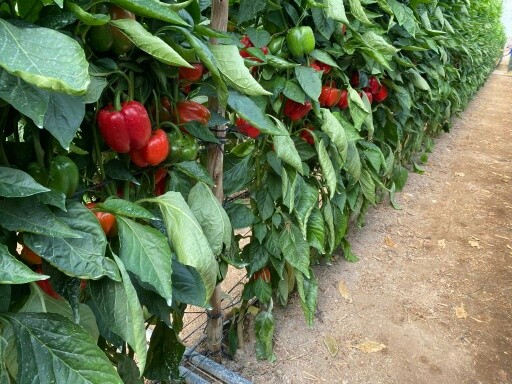 Packaging
COVID-19 affected packaging too. That was immediately clear in March. German supermarkets, in particular, suddenly wanted more packaged greenhouse vegetables, for example. ZON offered unsealed cucumbers for the first time last year. They won't be doing so this year. "However, we'll continue monitoring whether there are major differences in how sealed and unsealed cucumbers are valued on the clock," explains Els. "If the demand for sealed cucumbers is very high, we'll respond. Although, in principle, we'll supply both alongside the other."

Packaging also plays a vital role in organic greenhouse vegetables. Buyers still want to use packaging to differentiate between conventional and organic products. There's often a price difference too. But, Paul noticed something at the start of the season - this price difference between organic and conventional produce was less than usual.

"We noticed this with cucumber and courgette. It might be a trend that's starting now. It's, however, more likely an exception. Prices for conventional courgettes and cucumbers started high. Organic products are often much more price-fixed. So the differences were temporarily smaller. Ask me about this at the end of the season again," he concludes.

The Dutch version of this article appeared in edition 11 of the 34th edition of Primeur. See www.agfprimeur.nl.