Finding, recruiting and maintaining talent in the produce industry

This week’s PMA virtual town hall featured three young individuals at various stages of their careers in the produce industry, who discussed what attracted them to the industry, what company culture means to them, and what companies can do to attract and maintain the best talent for the industry. Megan Nash, the Program Director for the Center for Growing Talent led Josh Lachs, who is completing his last year at Cornell University studying Agroforestry, Courtney Boyer, who is the Supply Chain Manager at Duncan Family Farms and TJ Wilson, who is the Senior Business Development Representative at Oppy, in the discussion. 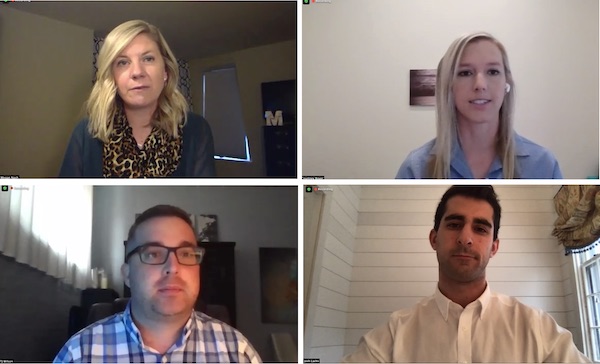 Connectivity and familial relationships
Understanding what drew current and prospective industry members to the produce sector can help companies streamline their approach for recruiting new talent. When asked what drew them to the produce industry, all three speakers agreed that the culture of the industry was one of the things that stood out to them most. “I heard about Fresh Summit through Cornell’s career services and as I attended the show and learned more about the industry, I found that I liked everything about it, you’re putting food on people’s plates and are part of an essential industry,” says Lachs, adding: “It’s an industry based on people and relationships, and it was phenomenal to see how many people were willing to talk with me about their own experiences at Fresh Summit.”

While Boyer studied Supply Chain Management, she had no prior experience with the produce industry when she left university. “As a left college, I realized I wanted to be more connected to the industry I would end up in and believe in what I was doing. The produce industry offered that for me – every day we work to produce healthy food for people and the end result is really rewarding. I feel personally connected to what we do as a company, which is very important to me,” Boyer shares.

For Wilson, the connectivity throughout the industry was one of the aspects that drew him toward a career in produce. “It is true throughout the food industry, and for produce particularly; there’s a familiar, friendly feel to it,” he says. “There is also a purpose driven feeling within the industry, because we’re working with products that are inherently good for you,” he adds.

How can companies find and retain talent?
A few important topics that were discussed were that of company culture and recruitment strategies. “For me, there are a couple of different elements that I look for,” says Wilson when asked about company culture. “The first one is an openness in conversation, and an openness to new ideas. Empowering employees by giving them the opportunity to bring new ideas to the forefront and giving them the opportunity to implement them. The second one is allowing employees and young talent to continue to develop in the organization. Find out what they’re interested in and present opportunities that they can take advantage of. It doesn’t have to go above and beyond, but just has to be something that’s meaningful to their position, that can be very impactful,” he explains.

Playing into the unpredictability within the industry by offering fluidity and flex scheduling could also be important. “Unpredictability doesn’t always have to be challenging, it can be fun too. Allowing employees to work flex schedules could encourage them to be more productive and to feel more empowered. As long as everyone is clear on what is expected of them, capitalizing on a flex schedule and allowing people to find what works best for them could be a great way of keeping them engaged,” says Boyer. Lachs agrees, adding: “To me and many other students, independence and fluidity in structures is very important, having the freedom to follow up on new ideas and seeing the company as a resource rather than a barrier.”

Finally, the panelists discussed how companies can expand their search for new talent. “Engaging in more non-traditional avenues could be really valuable,” says Boyer. “Take a step back and look toward the students in disciplines that aren’t traditional for the industry, educating undergraduate students who are undecided in their majors. Broadening where you source your potential talent and building awareness of the wide variety of roles in the industry will allow to you discover even more talent.”

Wilson adds, concluding: “Many people don’t understand the depth and breadth of what the industry has to offer, and many graduates aren’t sure yet what exactly they want to do. So making it easier for these students to have better insight to our industry and the many opportunities available to them will be valuable. Then, when you acquire new talent, embrace and encourage new ideas, allow them to pursue and evolve their interests to create more well-rounded individuals and expand on their talents in-house.”

Next week’s virtual town hall will take a closer look at the precision nutrition trend, which is becoming more widely accepted by consumer. A look behind the scenes of the research behind this trend will illuminate the new marketing opportunities it can create.