In 1977 Eric Wall and Hugh Stevenson began growing tomatoes at the Pollards Nursery in Barnham near Chichester, West Sussex on an area of 2.5 acres. Eric Wall Ltd was born.

Since then the business, along with its annual crop of tomatoes, has flourished and now grows on around 33 miles of rows, investing in new glass and growing techniques along the way. Growing six types of tomato, all sold on the vine to preserve maximum flavour, the company’s artisan roots remain at the heart of the operation today.

The combination of high demand, perfect growing conditions, and the challenges of working safely during the pandemic meant 2020 saw the company operate night-shifts for the first time in its 44-year history. The end of this year has seen the company reach another major milestone with a change in name to reflect a change in share ownership.

Following his retirement from day-to-day involvement in 1999, Eric Wall is now completing his step away from the business. The company will now be entirely owned by the Stevenson family and will be called The Green House Sussex Ltd. 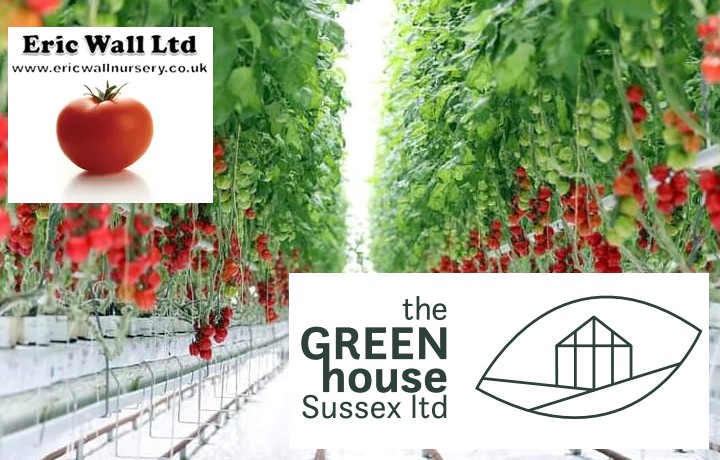 Managing Director, Richard Diplock is excited about the future, he says: “This is a momentous point for the business after forty-four years of trading as Eric Wall Ltd. This is a carefully considered, long-planned move that builds on our founding principles of putting the quality and flavour of our food and supporting our team above all else.

“Our values and ethos have served us well for four decades and won’t be changing now.”