Axia Vegetable Seeds is getting a new office. The plan for the building has been on the shelf for almost ten years, but up until the end of last year, the company didn't get around to it. A notification from the municipality that the licence was about to expire and the growth of the breeding company were reasons why, at the end of last year, the company decided to let Bouwbedrijf van Leent (a Dutch building company) execute the plan.

And what a plan that is. Axia is not getting a 'regular' office - it is best described as an office villa. From the moment that Van Leent started building, both the construction crew and Sandor van Vliet, CEO and founder of Axia and his team have been getting compliments on a daily basis. Even when this summer all you could see was a concrete floor with wooden trusses and beams.

Nod
Eventually there will be an office villa with facades made completely out of glass and a wicker roof. "A nod to greenhouse horticulture history," Sandor says. "In the time of greenhouses with flat glass, wicker was used to cover greenhouses, to provide shelter against summer heat and winter cold. That's why we thought it would be nice to cover the office with wicker." 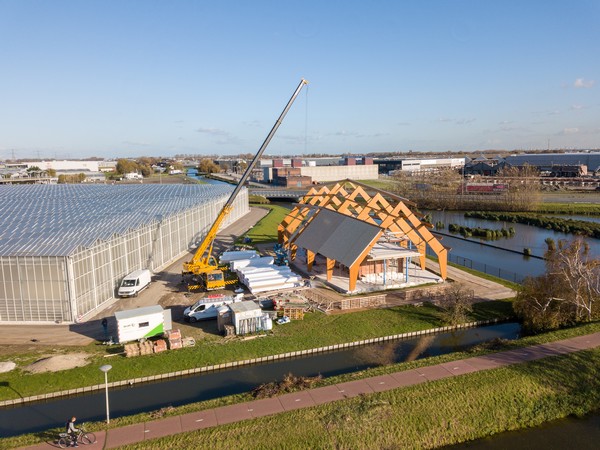 That idea started with just a 'sketch on paper', remembers Erik van Leent. In 2011 already, when Axia started building at that site, they thought of offices as well. With Twins Bouw, Erik builds a lot of utility buildings for greenhouse horticulture businesses, while with Bouwbedrijf Van Leent he specialises in luxurious villas for private individuals. "Sandor did not want a standard office, he wanted something to reflect the farms of the past. That's when we came into the picture."

Remarkable roof
The thatcher should be able to start in the beginning of 2021. The construction will be finished then, Arjan Oosenbrug tells us. He is work planner and project leader on behalf of Van Leent. "We are experienced villa builders, but a project like this is special for us, too." Remarkable is, next to the appearance of the farm-like office, the roof. "That has a surface of about 950 square meters. For a normal luxury villa, that's often about 300 square meters." 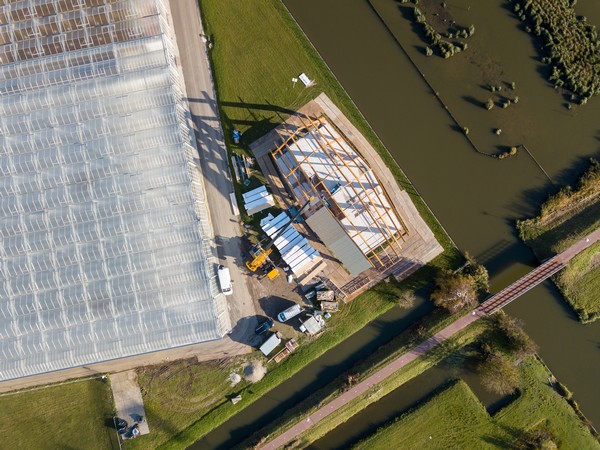 While the roof takes you back to the old days, the building will be very modern. They opted for special sun protective glass and the roof has large overhangs. That means the roof is larger than the building, keeping the sun out of the office. "Large sunshades thus aren't necessary, and you can sit anywhere in the office and look outside," Arjan notes. 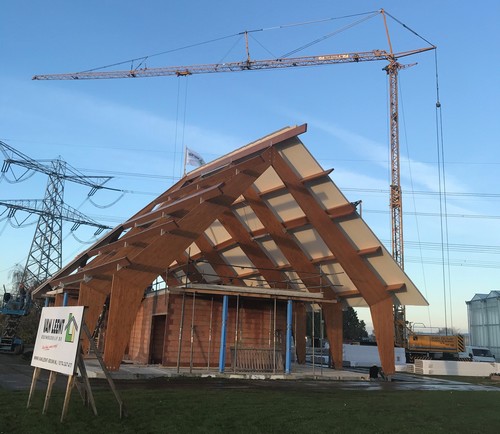 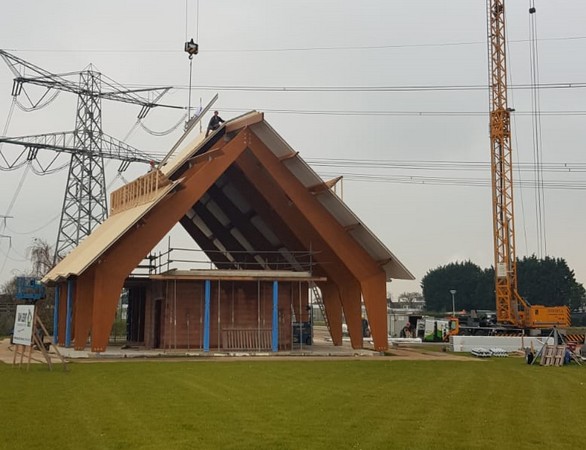 At first, about twelve to fifteen employees from Axia will be working in the new office. Sandor: "That gives us room to grow, now that our current office across the street is completely full. The construction crew is building away nicely, we'll definitely get a lot more reactions. So nice!"