Orange capsicums on the menu for long-term eye health

A five-year cross-industry project, Naturally Nutritious is researching the development of innovative food products and varieties that are nutritious, delicious and visually appealing. Project Lead Dr Tim O’Hare provides an update, with the focus on developing orange capsicums. First it was carrots; now capsicum has been identified as good for your eyes – and it is the nutrient linked to the orange colour that counts.

Research by Dr Tim O’Hare from the University of Queensland has identified orange capsicums as the richest source of the orange pigment zeaxanthin, which is vital for central vision.

He is now helping to address the lack of zeaxanthin in our diets through research based at the Queensland Alliance for Agricultural and Food Innovation (QAAFI) and funded by Hort Innovation.

The findings are part of the Naturally Nutritious project, which is seeking to increase the level of nutrients in fruit, vegetables and nuts. 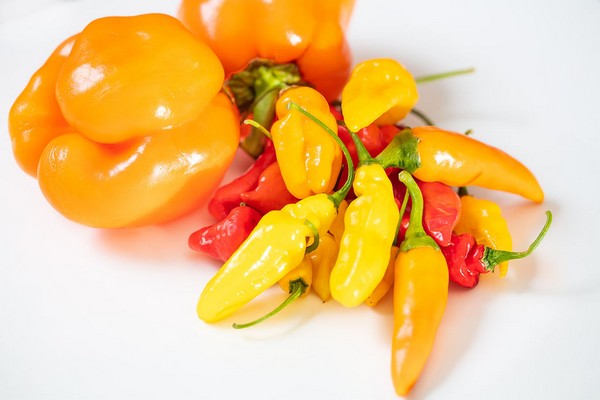 Nutrition you can see
Dr O’Hare explained that he and his project team are interested in products that can be visually identified by consumers as containing vital nutrients. “A number of nutrients we are interested in for human health are actually pigmented. In most cases, it’s the zeaxanthin itself that gives orange capsicums their vivid orange colour,” Dr O’Hare said.

“With these nutrients, what you see is what you get – the more intensely coloured the product, the more nutrients it contains,” Dr O’Hare said.

When it comes to orange zeaxanthin and health, Dr O’Hare said the compound accumulates in our macula, at the back of our eyes. It protects against blue light, which is particularly damaging as it can oxidise our photoreceptors and leads to macular degeneration.

As such, zeaxanthin deficiency leaves eyes susceptible to age-related macular degeneration, which in Australia affects one in seven people over 50 years of age and one in three over 80.

Too much blue light can damage the light receptors (called cones) in the retina that are responsible for high-resolution central vision and colour perception. The more zeaxanthin in your macula, the more blue light is naturally screened from hitting the back of the eye.

High zeaxanthin
A comparative analysis of different fruits and vegetables identified orange capsicums as the richest source of zeaxanthin by far. One capsicum (typically 450 grams) was found to contain zeaxanthin levels equivalent to 30 supplement tablets, with two milligrams of zeaxanthin the daily recommended dose.

“Each zeaxanthin tablet is roughly equivalent to 10 grams of orange capsicum flesh – that’s how rich the capsicums are in this pigment,” Dr O’Hare said. “The trouble at the moment is that orange capsicums are not always available in shops. This is something we are looking to overcome.”