"The foundation has been laid for the next step”

Breeding company Westland Seeds will celebrate its 12.5 years anniversary on February 21st, 2021. In August 2008, bell pepper grower Wim Grootscholten officially decided to also be involved with the breeding of different varieties of peppers (bell peppers, pointed peppers, mini bell peppers, and chili peppers). Iwan van Vliet joined later and since last year he has been co-owner, as is Ferry Strik. Time to catch up before the new materials are put into the ground in the demo greenhouse in De Lier around December 5th.

"It has been quiet this year on our location Zijlweg in De Lier," says Iwan. With the obvious reason being corona. "The demos in the greenhouses attracted fewer visitors than usual due to circumstances. That's the way it is. Fortunately, this location is also the place where the screenings are, new hybrids are made as well as seed cultivation. So, there was plenty to do.”

Practice-oriented trials
Not only in the Netherlands, because Westland Seeds is active in 20 countries, either commercially, for trials and/or with demo greenhouses. “This is necessary to provide growers with the best varieties that are suitable for specific climates and thrive under specific conditions. Not everything can be replicated here in De Lier. For that you also need large on-site trials, to really be able to test in practice. Let me put it this way: You will certainly see us if you are going to drive around in Spain or the United States for example.”

What the grower wants
Besides the grower, the breeding company also has to take the seller and the consumer into consideration. "You must respect what the supermarkets and consumers want, and there are certainly countries and segments in which they are more influential. For example, certain specialties. However, in the end, what the grower wants always comes first because he or she knows how to get the best production." 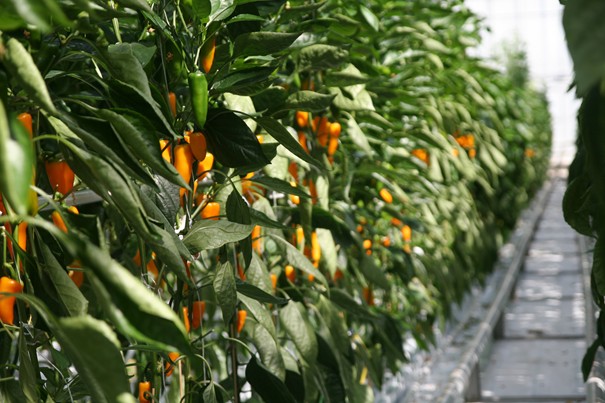 Balance resistance vs production
In the last 8 years, Westland Seeds has increasingly bet on crossbreeding resistance. "Cultivating without resistance is becoming more difficult for growers. However, we're always looking for a balance between maximum resistance and optimal production.”

In the Netherlands, which is certainly not the largest market for Westland Seeds with less than 10% of earnings, the risk of viruses in peppers is still relatively low. "This is completely different for Spain or Mexico." Spain needs mildew, tobamo, and TSWV resistance. In Mexico, for example, the demand for CMV resistance (against the Cucumber Green Mottle Mosaic Virus) is increasing.

Heading for TM resistance in peppers
And to that, the Tomato brown rugose fruit virus (ToBRFV) has been added. “We're lucky that in the larger bell pepper segments we only breed varieties with TM-3 resistance. This is becoming a minimum requirement, in addition to a TSWV resistance (against Tomato spotted wilt orthotospovirus).”

For specialties, this is not always the case. "This is why about five years ago we started to focus on achieving this for all pepper varieties. Fresno chili peppers are an example of a crop for which there is little TM resistance. Growers of those products are therefore vulnerable to ToBRFV, among others.”

What stands out is that they're all variety numbers and not real names. "That's right, we don't really give names anymore, although there are countries where we do. The reason for this choice is mainly tradition, but who knows, maybe we will use more names in the future. Especially if it means we sell more seed," Iwan laughs.

In addition to optimizing and developing new varieties, the goal is of course to increase sales. "Expanding management will certainly help to take greater steps. Because the seed business always keeps moving."