First strawberries from Huelva already on the market. Raspberries record better demand and prices this year

"We are committed to entering the market as early as possible"

The first early strawberries from Huelva have already reached the Spanish market, although in still very limited quantities. “We already have some San Andreas strawberries in Huelva, which for now are going to the domestic market. Last week, we sold about 1,800 kilos, and little by little, our daily volumes are increasing thanks to the favorable weather conditions,” says Sergio Sainz, commercial director of Cuna de Platero. "When we have some more significant volumes, we will start the export programs," he says. 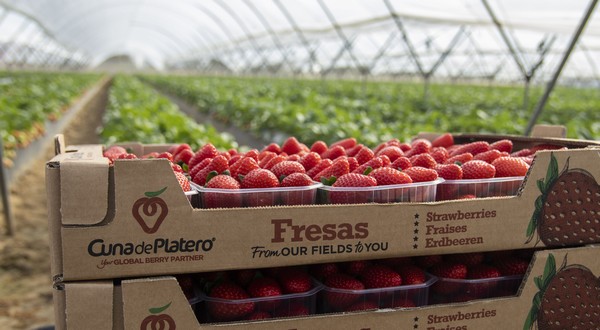 “As every year, we are committed to entering the market as early as possible with the goal of maintaining the strawberry supply stable all year round. To do this, we switch from our production in Huelva to the harvests in Ávila, in the north of Spain, during the summer and early autumn months.”

Last season was quite difficult due to the arrival of the COVID-19 pandemic, which has brought some uncertainty to the sector ahead of the start of this campaign. “Until mid-March, the strawberry campaign had been developing normally, but everything became tougher with the arrival of the coronavirus, which caused a retraction in the demand and a shortage of field workers. That is why it is said that there could be a slight reduction in the strawberry acreage in Huelva, but I do not think it will be significant,” says Sergio Sainz.

For its part, Cuna de Platero has actually expanded the acreage devoted to early strawberries by between 10 and 15% with the aim of avoiding the great concentration of the supply that is usually recorded during the spring, as well as to avoid major problems due to a shortage of pickers; a growing problem for Huelva's berry sector.

More demand and better prices for the raspberries
“We are currently marketing around 12 tons of raspberries per day. Up until early November, the results have been somewhat better than in the same period last year, with good quality fruit, more sales and better prices,” says Sergio Sainz. 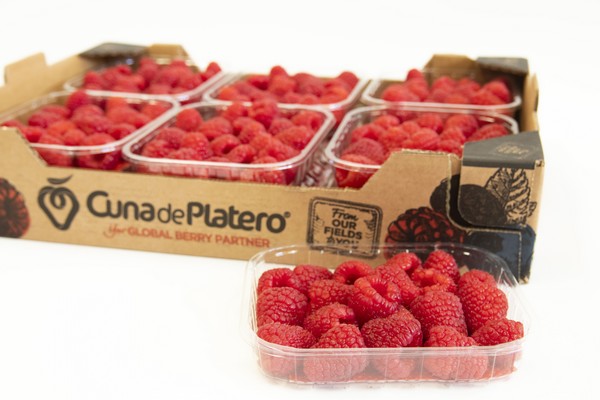 “As is often the case every year, the demand tends to stagnate a bit in November, as consumers will spend more in December during Christmas. However, it is also worth noting that the supply of fruit in Huelva is increasing and, at the same time, we are noticing the entry of larger volumes of Moroccan raspberries, which also puts some pressure on prices. However, it is likely that Morocco may have planted less of some specific varieties this year, since their volumes were so large that prices in Europe suffered a lot in December last year,” says Cuna de Platero's commercial director.