The Spanish province of Huelva is getting ready for a new berry campaign under the shadow of the consequences that the first wave of the coronavirus brought to the sector in spring. "A few days ago, the strawberry planting phase was completed," says Rafael Domínguez, manager of the sector's association of producers and marketers, Freshuelva. “We don't yet have exact figures, but as far as strawberries are concerned, the acreage is not going to be significantly different to last year's. For some varieties it may even be slightly reduced.” 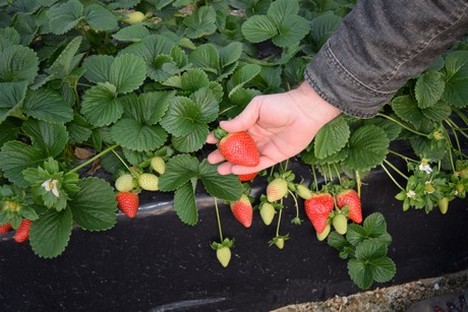 "The good thing this year is that it rained at the right time," says Rafael. “The month of October last year was very warm, which caused many problems during the plantation and increased the mortality of the plants, leading to a drop in the production. This year, in addition to the rain, there have also been more autumnal temperatures and more humidity, which is just what the plants need during the first days after the transplant," he says. "Consequently, this year there is less plant replacement."

“With regard to raspberries, the area intended for winter varieties has been reduced, so the production volume could be reduced in the coming months,” he says. "The planting for the spring harvest is underway now, although we do not yet have information on the area."

"In blueberries, a little more production is expected than last year due to the increase in the yields of the new plantations, which are entering their third year of production," says Rafael. "Meanwhile, the blackberry acreage will remain at the same level as last year, with 150 hectares already in the province.”

Restrictions return to Europe
This year, Huelva's berry sector has faced an unprecedented situation. The COVID-19 outbreak in March resulted in the imposition of limitations on mobility that led to a serious labor crisis in the province. The market was also distorted due to the closure of big marketing channels for these fruits, including the horeca sector and street markets, and the change in the behavior of European consumers.

"In this context, if we'd had the expected production of strawberries, we would have found ourselves with a larger stock and nowhere to place it due to the pandemic," says Rafael Domínguez. “The restrictions are starting again now in Europe. Let's hope that by the time our campaign starts, around Christmas, we will no longer have to deal with such restrictive measures.”

Brexit, an imminent challenge
Berries are expected to be one of the products that will be subject to export tariffs when the United Kingdom leaves the European Union on January 1, 2021. “The United Kingdom announced back in the day that tariffs would rise to 10% for strawberries and for raspberries and to 8% for blackberries and blueberries,” he says. "We are talking about a country that is the largest market for raspberries, and which receives 33% of the exported production. It is also the second largest market for Huelva's blueberries, only behind Germany, and the third largest for strawberries."

This situation could tip the balance for other origins competing with Spain in the British market, as those would be exempt from the tariffs. “We have asked the European Union through the Ministry of Agriculture of Spain for compensatory measures, given the impact this will have on the berry sector, such as greater flexibility in the execution of operational programs for the next season, including that plants may be considered an input. We have also asked the Ministry to try opening new markets,” says Rafael.

In the coming days, Freshuelva will have more figures and statistics about berry plantations in the province for the 2020/2021 campaign.