A South African blueberry grower has claimed “a momentous victory” for growers as Dutch authorities yesterday released two shipments of its blueberries, confiscated earlier this month and at the end of last month.

In a press statement last night Ross Berries stated: “United Exports [has] had to agree not to interfere in any further marketing of Ross Berries blueberries, provided that, inter alia, United Exports’ OZBlu® trademark is not used.”

United Exports has called the claim to victory “patently false” and a misunderstanding of the legal and commercial consequences of violating their proprietary rights. The grower-exporter maintains that the shipments of its blueberry varietals represented a licence breach on the part of Ross Berries and the Rossouw Farming Group.

“United Exports is being exposed for not having registered all the varieties sold to farmers and having claimed royalties in respect of these plants for many years. [Chris] Rossouw has instructed Ross Berries’ legal team to institute claims against United for the royalties paid to date for those varieties that the company had Ross Berries believe had [been] registered. Losses suffered as a result of the seizure of the fruit in Holland will also be claimed,” Ross Berries put forth in their press statement.

Ross Berries contends dubious marketing practices
“We are free to market our fruit as we wish, until the dispute pertaining to ownership of the plants is finally determined in March 2021,” Chris Rossouw, Ross Berries director, adds.

“Several other farmers who signed contracts with United Exports to plant their purported licensed cultivars have since suffered enormous losses as dubious marketing practices have seen below-market value returns on farm. Attempts by these farmers to sell their blueberries on the free market resulted in bullying tactics from United Exports, as was seen with the Ross Berries consignment being unilaterally seized and the mud-slinging United Exports undertook to discredit Ross Berries in the media.”

Farmers “held to ransom” by fruit sold below market-value
Ross Berries posits that certain South African blueberry farmers are “being done in” by “unscrupulous" exporters and plant breeders and that some farms have gone out of business as a result.

“In the end, the farmer takes all the risks, creates employment, pays huge amounts in royalties, but is then held to ransom when it comes to being paid a fair price for the fruit. Today’s victory is the first step towards ending this vicious cycle. It is a win for anti-competitive practices and free market systems, which will serve to boost the whole blueberry industry.” 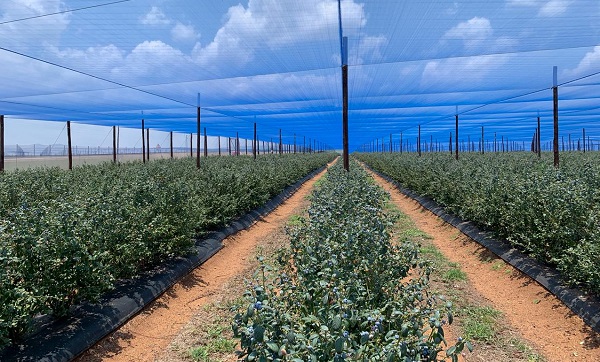 United Exports did not elaborate on the implications of the release of the containers on the proceedings that the Dutch Customs Authority had instituted against another South African exporter, Freshworld, an unnamed international shipper as well as the Belgian importer of the contested blueberries.