Folium 2.0 hits the market ahead of schedule

Autogrow has launched the second generation of its Folium Smart Sensor Network, ahead of schedule to meet customer demand for greater access to data in the cloud.

“Since the initial launch of Folium in February, we have had fantastic feedback from customers requesting further features. Because of our focus on usability and our approach to design; we have been able to deliver F2 significantly ahead of our timeline and incorporate the most requested items which is incredibly exciting,” says Chief Technology Officer Jonathan Morgan.

“F2 gives growers that next level microclimate data. Traditionally, microclimates described the farm, then it was the greenhouse, but now with F2 it is down to the level of the plant itself. Each sensor can gather a monumental amount of data making it the most comprehensive sensor network on the market.” 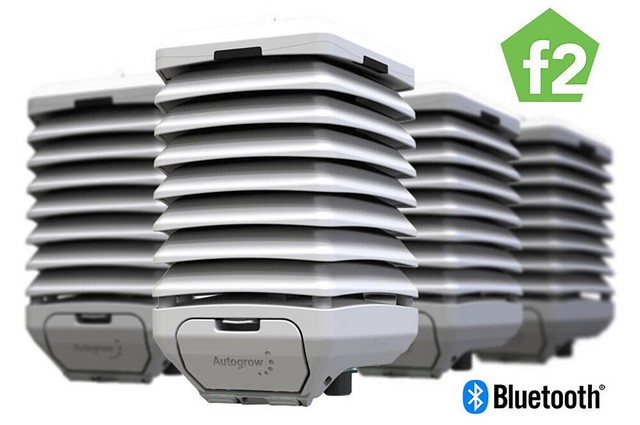 The Autogrow team focused on the most requested features for F2 including the addition of plant temperature readings, substrate moisture readings and actual VPD (Vapor Pressure Deficit).

“With the release of our Folium public API (Application Programming Interface) in August we were able to integrate other sensor technology like Plant Temperature sensors and Substrate Moisture Sensors to the platform. Growers don’t need to buy seven or eight different sensors any longer to get all of these readings. Everything is available in F2.”

As well as delivering the existing readings for:

“All of the readings and microclimate visualization are presented in the cloud on one platform. When you’re looking for precision in agriculture you need to understand the levers you can pull to further increase your yield and F2 is what’s going to get you there.”