On November 23, the Biomarket will be inaugurated in Barcelona; the first wholesale market in Spain and the second in Europe exclusively devoted to organic products, mainly fruit and vegetables. Located in the Mercabarna facilities, the Biomarket will initially work with ten wholesale companies, some of which have acquired several stalls, and an agricultural cooperative, as well as a dozen small local producers. 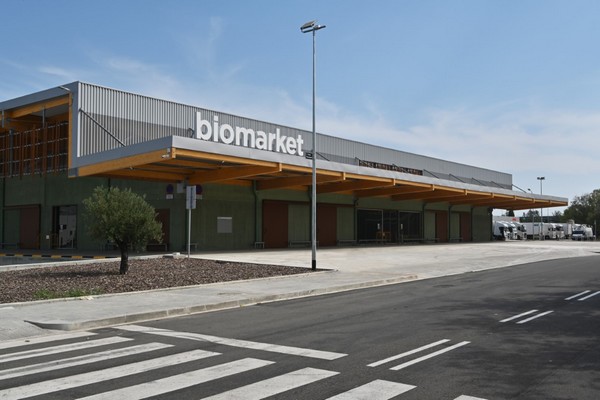 "We are pleased to undertake this pioneering initiative in Spain and Europe which will bring organic foods closer to the ever-increasing number of consumers looking for them at their usual stores, retailers and restaurants," says Jordi Valls, General Manager of Mercabarna. "We want to support the growing commitment of the wholesale sector and local agriculture to these foods, concentrating their supply in a market where they will have greater visibility."

The inauguration of this market, which was initially planned for October, has been a real challenge, given the current health crisis. "Fortunately, the set deadlines for the market's construction were met and it was ready in February. From that moment on, it was time for each of the wholesale companies that are in the Biomarket to start the adaptation works, but the sanitary situation prevented it, so there were delays. In spite of the adversities, we are very proud of the work and effort made by everyone and of being able to inaugurate this pioneering market in November, in the context in which we currently are," says Jordi Valls.

Catalonia is the leading autonomous region in Spain in terms of consumption of organic products, with 26% of the total. Besides, a large number of wholesalers and distributors of these foods are based here. In Mercabarna, for example, there are already 40 companies with experience in their marketing and distribution, and a quarter of them will be present in the Biomarket. "The Barcelona City Council has made an important commitment to a fairer, safer, more sustainable and healthier food model, which will become a reality in 2021; the year in which Barcelona will be the World Capital of Sustainable Food," says the director of Mercabarna. 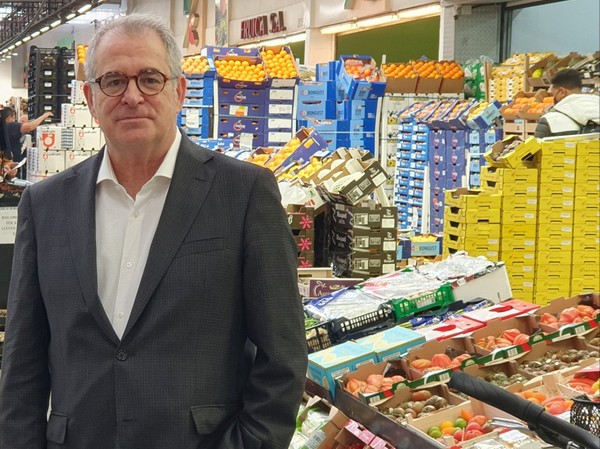 This bio market will cover the whole range of products demanded by consumers, says Jordi Valls. "The share of local organic products that will be sold in the Biomarket will be very high, but we must take into account that we must guarantee the supply of fresh organic food to the population all year round, so we must also work with other origins, always with the focus on minimizing the impact on the environment."

For the buyers, bringing together the entire range to a single market will make it easier to find the product they are looking for. "It promotes competition among wholesale firms, therefore enhancing also the variety of the supply and ensuring the best value for money. Offering specific facilities for organic food and bringing the supply of these products to a single site will also facilitate the controls on health and hygiene, organic product certification labeling and traceability," he said.

Jordi Valls believes that the Biomarket will help boost the purchases of organic products in the wholesale channel. "The demand is growing and Spain is one of the European countries where it is increasing the most. The pandemic has made more people aware of the importance of food to stay healthy. In March and April, the consumption of organic products in Spain increased by 12%, according to the Spanish professional association of organic food producers (ECOVALIA). The latest study from AECOC says that 17% of consumers now appreciate organic products more than at the beginning of the health crisis."

"We expect that the Biomarket will initially account for 20% (23,662 tons) of the organic fruits and vegetables marketed in Catalonia. If the forecasts are met, in 5 years, this share could rise to 35% (50,000 tonnes). Moreover, according to growth projections for the organic sector in Spain published by the Ministry of Agriculture, we would reach 50% (78,100 tonnes) by 2031," said the director of Mercabarna.

"Although we hope that more companies will join this project in the future, at the moment there is very little space available, but if the market works as we expect it to, we could expand its current surface area, which is 8,900 m². We have reserved the adjacent space of the Biomarket in order to make that possible in the future," says Jordi Valls.