Cracking the code of seasonality in leafy green outbreaks

This week’s PMA virtual town hall looked at leafy green outbreaks and research that is being conducted on the factors contributing to these outbreaks  The panel was led by Trevor Suslow, PMA’s Vice President of Produce Safety, and featured Jim Brennan, President of SmartWash Solutions, Michele Jay-Russell, who is a Research Microbiologist at the University of California, Davis, Kristen Pogreba-Brown, Assistant Professor of Epidemiology at the University of Arizona, and Neva Cochran, who is a Nutrition Communications Consultant. 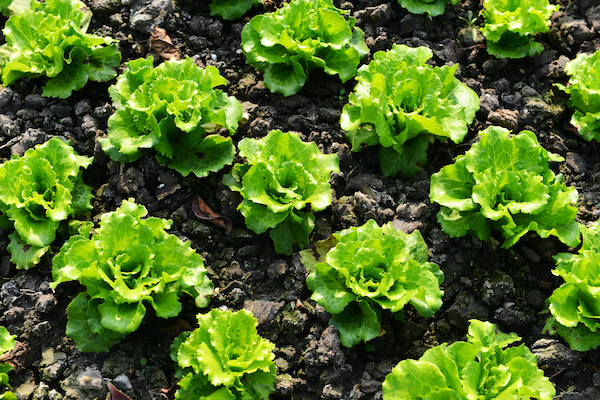 Field trials to track E. Coli and romaine lettuce
Jim Brennan started off to discuss ongoing research that features multiple trials to understand what is going on with romaine lettuce in the Salinas Valley agricultural region and what can be expected going forward. “We worked with two plots of 10 acres each. The plots were farmed using standard organic practices and we allowed the growers to conduct their normal procedures. The romaine lettuce was planted in two-week cycles using transplants and each of the samples were subjected to the same microbiological testing where we looked at soil, water, and plant tissues both pre- and at harvest, as well as swabbing farm equipment, support equipment and harvesting equipment,” Brennan explains.

The data for this stage of the project has been collected and is being analyzed, but Brennan was able to share some of the initial findings. “While we found that there is pathogen presence in the soil, there was no evidence for transfer from the soil to the plant tissue. One exception was with the grower practice of breaking up the soil beds to increase irrigation efficiency. This practice can kick bits of dirt up into the frame of the romaine which remains there if the romaine is in a specific stage of the growth cycle. The samples of romaine that had these pieces of soil were linked to an increase in generic E. Coli and moving pathogens to the romaine itself,” Brennan shares. 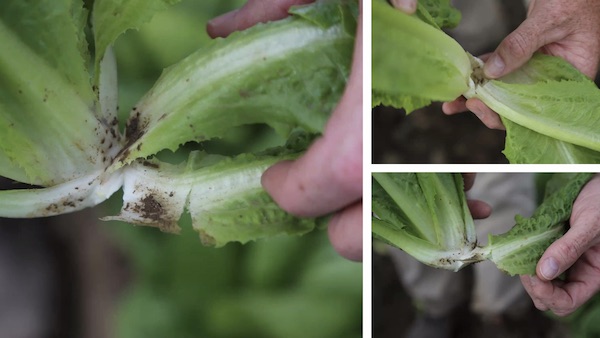 “We also found that the last 72 hours before harvest seem to be the most critical. During this time frame, fungicides could potentially be applied, depending on the condition of the crop, the time of the year and the weather patterns, and this seemed to be a way of moving the contamination. We also found high pressure with harvester sanitation. A harvester might look clean at the beginning of the day, but often about 15 minutes into operation, after the belts and motors have been turning, places within the harvester that weren’t adequately cleaned would flop off onto the soil and could lead to contamination of the crop itself. We did also notice a degree of self-cleaning, where at the end of the day the harvester and the crop coming off of it was quite clean,” Brennan adds.

Longitudinal studies
Michele Jay-Russell discussed some of the longitudinal studies being conducted by the Western Center of Food Safety. “Longitudinal studies usually span longer periods of time, anywhere between two and five years. In the case of produce like leafy greens, studies look at sources within the environment by working with growers on both public and private land to unravel the transmission cycles. One of the findings from a study conducted about 10 years ago by USDA ARS, UC Davis and the USDA Wildlife Studies, was that within cattle feedlot operations there was a consistent peak for E. Coli O157 during summer and fall. This finding held across different geographic regions and climates. What was concerning was that, while in general there were much lower occurrences of findings among cow-calf ranches, there were unexplained spikes. More research needs to be done to understand these spikes. Generally, findings showed that the seasonality of outbreaks was significantly associated with impacts from both domestic and wildlife animals.” 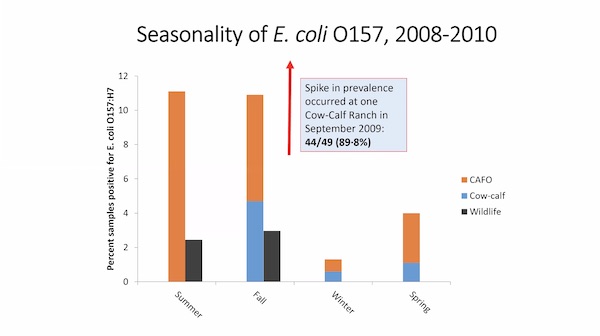 Currently, Jay-Russell is working on grant proposals to further trial an E. Coli O157 vaccine for cattle. “The vaccine was heavily vetted in the Midwest but not found to be successful for beef safety. However, there could be a niche with smaller farms and petting zoos to use it in a targeted way in areas where there is close proximity of cattle and produce production and the potential for environmental dissemination,” she says. Additionally, she shares that communication is also important to prevent contamination. “The idea of being a good neighbor, talking to each other, and working closely with your cattle neighbors to reduce risk could prove to be very useful,” she says.

Public Health response and communication
Kristen Pogreba-Brown briefly discussed the Public Health response to an outbreak, and what can cause the delays in determining the specific source of the outbreak. “One challenge is that many people often can’t remember exactly what they ate – keep in mind that by the time they have gotten sick, gotten help, been diagnosed with an E. Coli or another infection, and Public Health has gotten in touch with them, these people could be asked to recall what they ate weeks or sometimes even months prior to the time of the interview. Additionally, another challenge is that there is no centralized process for gathering information. Sometimes it differs per state, and often times it even differs per county. The way the questions are asked are different per each of these and there is no single systematic way of collecting data. Finally, especially in the year of 2020, it’s important to remember that a large part of the CDC staff is deployed on pandemic work, and staff who usually work on outbreak investigations might not be in the fields because they are working on Covid,” Pogreba-Brown shares.

Finally, Neva Cochran shared some golden rules in communicating with the public on outbreaks. “First and foremost, provide the facts. When there is a lack of facts, people tend to create stories because the human brain looks for explanations and patterns. Secondly, show them that we care about the issue as much as they do – that the farmers and researchers are committed to finding out the answers and protecting the public, and that we are committed to providing them with the facts when we know them,” she explains.

Next week’s virtual town hall will explore how retailers are responding to consumer concerns about sustainability, plastics and packaging by asking their suppliers to join them in developing solutions. Join this town hall to discover how suppliers and retailers can work together to increase the appeal of fresh produce to the consumer. This upcoming town hall will be the first of PMA’s town halls to be presented entirely in Spanish.