Supplies of broccoli are down.

“Salinas, CA has definitely been ahead for a few weeks so the numbers are pretty light in Salinas. And on the front end of Yuma, AZ, the numbers are light there as well. Overall I’m hearing volumes are down and quality is struggling right now,” says Ryan Bitter of Salinas, CA-based Steinbeck Country Produce Inc.

He notes that there are a number of issues with broccoli that is happening mostly in Salinas including hollow core issues or decay/pin rot. However, previous heat is also factoring into the timing of production. “The fields have been pushing ahead. Over the last few months, we’ve had some really hot streaks in Salinas and that’s caused some of the fields to move forward. That’s what’s creating short supplies up here,” says Bitter. 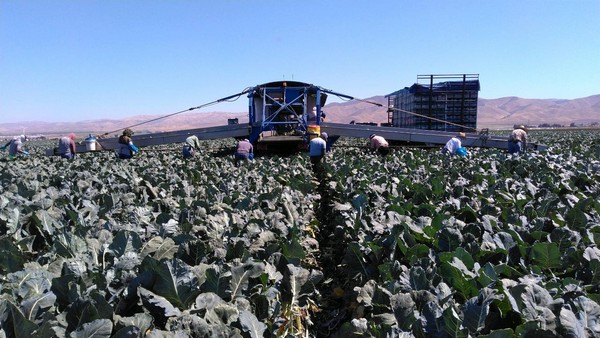 Meanwhile demand is good for broccoli. “Right now is the traditional holiday pull and the numbers are what we’d expect,” he says. That’s helping make for a strong market right now. “The numbers are down, quality is suffering and the markets are strong. The bunch broccoli market is in the low $20 range while broccoli crowns are in the upper $20 range.”

Looking ahead, Bitter believes the broccoli market will stay active. “There will be continued struggles in Salinas with overall volumes and quality. And then in Yuma, the early broccoli can have its issues as well. It’s going to be a moving target here for awhile,” he says. “The volumes and availability will keep people on their toes for at least seven to 10 days.”