"The raft is important, of course, but ultimately it’s all about water quality"

Jan Botman is a water management expert through and through. He has rock-solid confidence, both in his own abilities and in the technology. That is the winning formula behind the innovative water-based cultivation system developed by Botman Hydroponics. 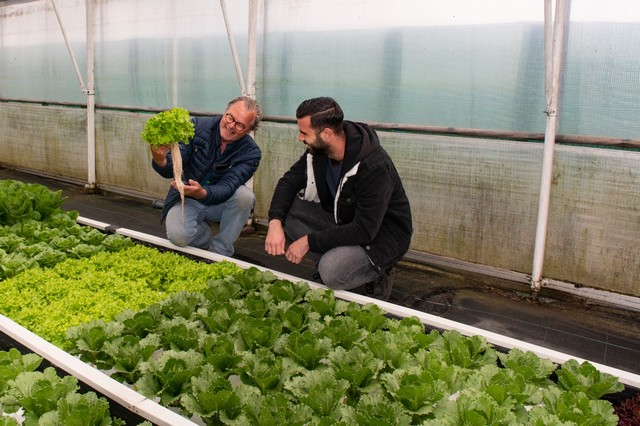 Jan Botman: “I have immersed myself in this subject (in more ways than one!) since 2007. Nowadays, I could talk for hours about hydroponic cultivation and the possibilities it offers, but in short it boils down to the following: rather than being surrounded by soil, the plant roots hang down in nutrient-enriched water. That reduces problems with weeds and the risk of soil-borne diseases, plus the end product is dirt-free. Because you need a smaller growing area, the relative yield is high. Plus you can grow all year round, resulting in up to 285 heads of lettuce per square meter per year for example (which is 20 times more than growing in soil). Thanks to effective water management, you achieve optimal quality and steady production. What’s more, people don’t like working out in the fields anymore, so this increases your attractiveness as an employer.”

The system: hydroponics
The plants grow in a floating plastic raft made from 100% food-safe plastic. Jan: “The Botman floating raft has no insulating effect; it lets the temperature through. Contrary to what some people think, this characteristic offers major advantages. The layer of water beneath the floating raft acts as a kind of underfloor heating/cooling system. This enables a sub-climate to be created at crop level instead of having to heat or cool the entire space. So that’s one thing that makes it an extremely sustainable solution, plus it’s a closed system. Rather than having a constant inflow and discharge of water, we recirculate the existing water – which always has the optimum quality.” 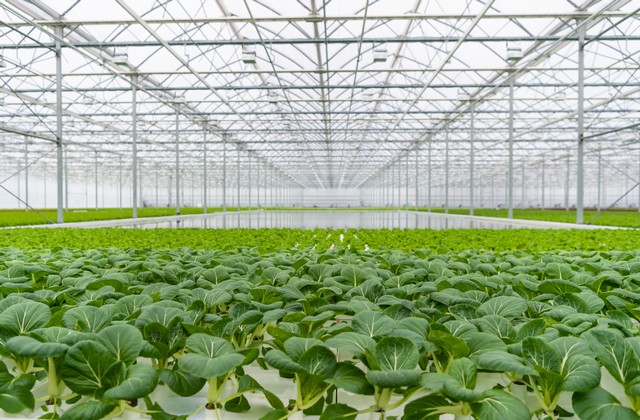 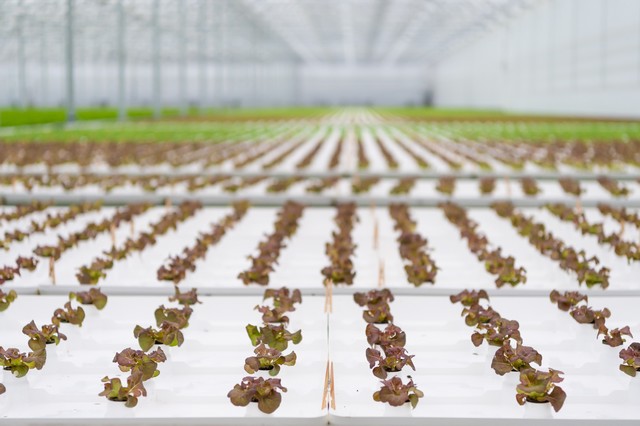 Water quality: that’s what it’s all about
“The raft is important, of course, but ultimately it’s all about water quality,” says Jan. “That’s a combination of multiple factors. Nothing should be left to chance. Research and experience have proved that good aeration and flow of the nutrient solution are essential for the crop’s nutrient absorption.” In order to learn more about water, Jan visited numerous companies, including various water purification facilities. “I wanted to see for myself what exactly happens there. Dirty water is transformed into clean water using microbes that have a purifying effect. I applied that knowledge to hydroponic cultivation methods and eventually came up with a completely new system, the FlowAerator.” The FlowAerator creates a good current throughout the basin. It keeps the water aerated and supplies the plant roots with vital oxygen. “Thanks to the FlowAerator, we can move and aerate huge volumes of water in the basin without using conventional pumping techniques. It’s a continuous process which minimizes stress on the crop, so it results in strong, healthy plant growth.” 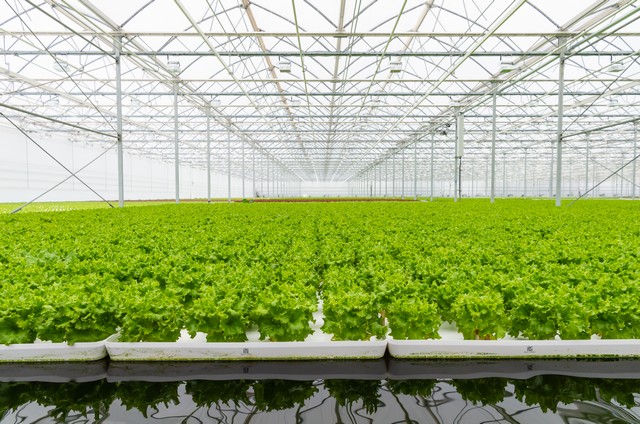 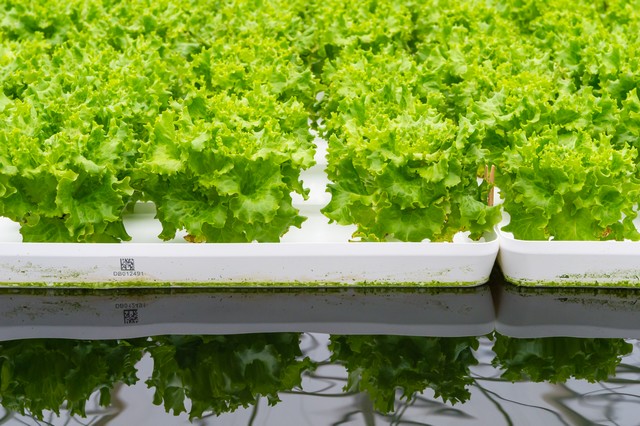 After a lengthy process of development, testing and detailed fine-tuning, the concept is now completely ready for use, and a number of companies are already working with the cultivation method. The first crop to be produced this way on a large, commercial scale is lettuce. Growers around the world are taking a keen interest in the progress and results. “People sometimes forget that water is actually the most important part of the system. It all comes down to effective water management. We have to make more people aware of that, which is why we’re working on demos so that we can show how the system works in practice. In addition, we’re continuing to focus on hydroponics for flowers. All in all, it's a matter of being patient – that’s normal when you’re trying to change conventional thinking and approaches. But we’re making good progress now that more and more people are seeing that it actually achieves results, so that’s very encouraging. Ultimately, water is the source of all life. It always has been, and always will be.”

Botman and EFRO project Greenport Noord-Holland Noord
As part of the EFRO Greenport Noord-Holland Noord project, Jan Botman and his son Jasper are working together with researchers from the Proeftuin Zwaagdijk horticultural research center and with students in Clusius College’s Living Lab. This collaborative partnership is mutually beneficial; the locations offer a number of facilities, while all partners contribute valuable knowledge, share their contacts and help to expand the network. A hydroponic system for lettuce production has been implemented with the partners Be Four Agro and food manufacturing company Koninklijke Vezet.