"Use of laser technology is allowed for everyone; it is not a protected process"

"With almost 15 years of experience, we are pioneers in the gentle product marking of fruit and vegetables using lasers," a recently published press release from Spanish company Laser Food read. They used the term "Natural Light Labeling" for this until 2017. A thorn in the side of Richard Neuhoff, the managing director of EcoMark LLC. for two years now, EcoMark has been trying to prevent the erroneous monopolization of the term "Natural Branding" by means of legal action. The reason for this is that EcoMark, based in Neuwied,  together with EOSTA, is the actual developer of the term 'Natural Branding'. 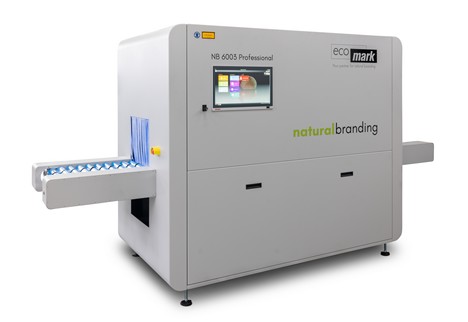 However, EcoMark feels strengthened by the EUIPO decision and is optimistic that the term 'Natural branding', which is typical for laser marking, can continue to be freely used by everyone, adds Neuhoff. "Of course, this is also good news for EOSTA, which, as a pioneer of laser marking of fruit and vegetables or Natural Branding, already won the award for sustainable packaging in 2018. This was not with laser food technology, but by using laser technology instead of packaging. At that time, EOSTA was already using a Natural Branding machine from EcoMark." 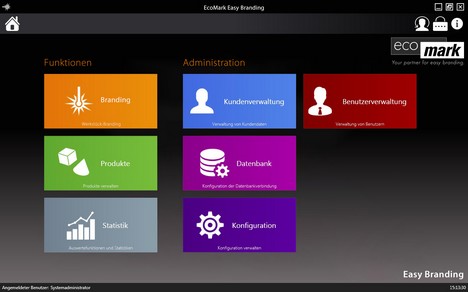 According to Neuhoff, the use of laser technology is allowed to everyone; it is not a protected process. There can therefore be no question of fraudulent behavior by competitors. "There is only one patent from Laserfood, in which a certain contrast medium is applied after laser marking of fruit and vegetables to increase visibility. However, the contrast medium is not approved for organic products."

"The approval of laser marking of fruit in the USA -mentioned in the article- is misleading as well, as the approval is not generally valid. It is explicitly only permitted for conventional citrus fruits." Partnership with well-known producers
EcoMark relies on technology from renowned laser manufacturers, optimizes it for the special application in fruit and vegetables and combines it with conveyor technology and state-of-the-art camera software. This is a common procedure of good and successful machine manufacturers. "Building your own laser makes no sense economically if there are good systems for sale already," says Neuhoff. Buying laser components in China at low cost naturally saves money. "However, the development effort for a good laser is high and offering worldwide service for it is not possible for small companies like EcoMark. That only leads to dissatisfied customers."

"We have to work from our reputation as a machine manufacturer and from customer recommendations in a niche market."