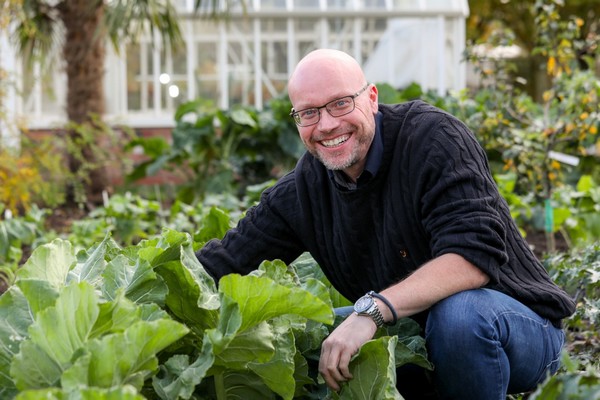 Don will be responsible for the development and implementation of an organic horticultural strategy for the charity. He will be the lead spokesperson for the charity’s campaigning work and in charge of spreading organic and sustainable horticulture knowledge throughout the country.

Don has had a distinguished career working within the horticultural sector across the UK and abroad for the past 30 years. Initially, he worked within modern and historic gardens including Belhaven Gardens, Marie Selby Botanical Garden, University of Missouri St Louis before taking up the role of Curator at Birmingham’s Botanical Gardens and Glasshouses. Don was a curator at the Eden Project and progressed to become Head of Horticulture at the Eden Project for ten years. More latterly he was Head of Landscape and Horticulture at the Mount Stuart Trust and Director of Horticulture at The Newt in Somerset.

Throughout his career, Don has worked across organisations to initiate and implement learning, sustainability, climate and biodiversity projects. At Eden Project Don was instrumental in the development and management of premier visitor experiences in order to maintain high horticulture quality, visitor numbers and influence people to become more connected with nature.

While working at the Eden Project, Don provided overseas consultancy for a range of impressive gardens and established a developed a number of horticulture learning programmes.

He is a passionate and versatile botanic leader with an MSc in Plant Taxonomy and an active Trustee of the PlantNetwork the Plant Collections Network of Britain and Ireland; Fellow of the Chartered Institute of Horticulture, Fellow of the Linnaean Society and a Member of the Professional Gardeners Guild.

Don passionately shares Garden Organic’s vision of a country where more people grow organically and grow more of their own food.

Don says: “I’m thrilled to join and be part of the Garden Organic family, to have an opportunity to engage in a ‘can do’ spirit with the widest audience possible so that we can all become better stewards of the planet and enable sustainable horticulture to be the norm.”

James Campbell, Chief Executive of Garden Organic says: “we feel very fortunate to have secured Donald for this position and feel sure he will support us in further developing our strategy to position the charity as the authoritative voice in the sector and educate the public in terms of organic horticultural issues.”

Garden Organic is keen to ensure that its messages are well delivered in all corners of the British Isles and works with Kim Stoddart, gardening journalist, author and climate change gardening trainer to support its work in Wales and Dr. Bruce Pearce, former Director of Research & Innovation of the Organic Research Centre and expert in organic policy and participatory research to support its work in Scotland.