"For the first time in 44 years of trading, we started operating night shifts"

It might be a bit early for a year overview, but hey – it's 2020 and everything has been different this year. On top of that, last week the last harvest of the year was conducted at Eric Wall Ltd, so the season there has ended. And it’s been a crazy one, Richard Diplock says. “The year has been challenging in many ways, yet thanks to the beautiful weather in spring we managed to grow superb quality tomatoes, whilst hitting our yield targets.” 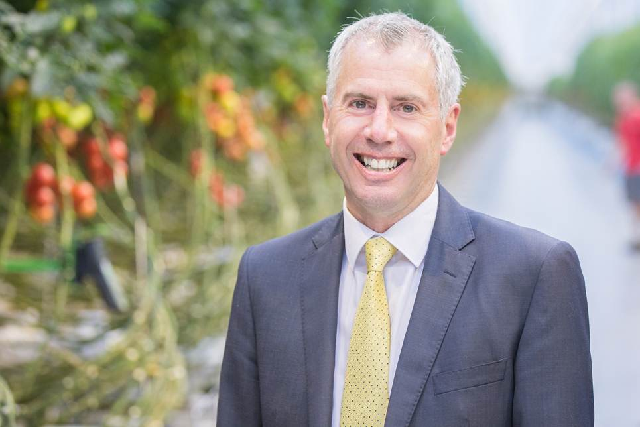 Early start of the season
It’s turnaround time at Eric Wall Ltd, an 11.5 hectare tomato nursery located in the South of England. The last tomatoes were picked last week, and in the upcoming weeks the greenhouse will be cleaned and sterilized thoroughly. Plants will be in again in December, which is quite early. “Since we’re located near the South coast in England, we traditionally plant early to take advantage of the higher light levels, especially during the winter months. We plant in December to rely on a great start in March and April,” explains Richard Diplock, managing director with the tomato nursery. The same schedule was followed last year, but since January and February were very wet and without much sunlight, the start of the season was kind of slow. That is, until March 23rd came around, when the UK went into lockdown.

“Since the health and safety of our staff is most important, we had to adjust our system and needed to make sure our people were working in a COVID-friendly way,” Richard says, and shares how the company has been able to shift its complete working schedule overnight. “For the first time in 44 years of trading, we started operating night shifts. This way we could guarantee the safety of the 60 people working in our packhouse.” The office staff started working from home and since most of the greenhouse work already takes place in isolation, not many things had to be adjusted there. “This means we were able to continue the supply for the supermarket and more importantly, that up until now we have had no positive tests here within our company. We take the highest precautions with our staff.”

High demand due to lockdown
In that period and due to the lockdown the demand was high. “Extremely high,” Richard confirms. “We were able to meet the demand agreed in our programs and fortunately the weather turned out very nice. We had about twelve weeks of sunshine ideal for the crops. It helped the yield and we were very pleased with the quality.”  The company sells all their tomatoes on the vine, and take pride in leaving the tomatoes as long as possible on the vine in order to guarantee maximum flavor for the consumer.

“Even though the demand was high, we’ve made sure to leave the tomatoes on the vine as long as needed for optimum flavor. We’re very pleased also with the feedback we received from customers on our website: the quality was exceptional and the flavor superb.” On the flip side, weather like that also is excellent for pests and diseases, meaning that white fly again has been a challenge for many British growers.

Excessive heat
Following the perfect weather period, August brought a period of excessive heat. “We had seven successive days of 30+ degrees, something that’s unheard of in England , especially on the coast , and something that’s not very good for the crops – meaning that like many growers in Europe we’ve had some setting problems from early August, affecting the production down the line. From then up until now there’s been a shortage on tomatoes in European supermarkets, which is not helped by the higher demand from supermarkets caused by various restrictions across Europe.”

For the UK growers this market pressure does not automatically mean the year has been a commercial success. In contrast to in many other countries, prices are agreed seasonally with the major supermarkets. ‘’We grow to specific programs from our supermarkets,” Richard says. When looking at this market situation, he’s sure that UK retailers have more room for British tomatoes and that UK consumers are demanding more British given the fresher product and reduced food miles. That is why there are some major expansion projects are currently taking place in the UK. 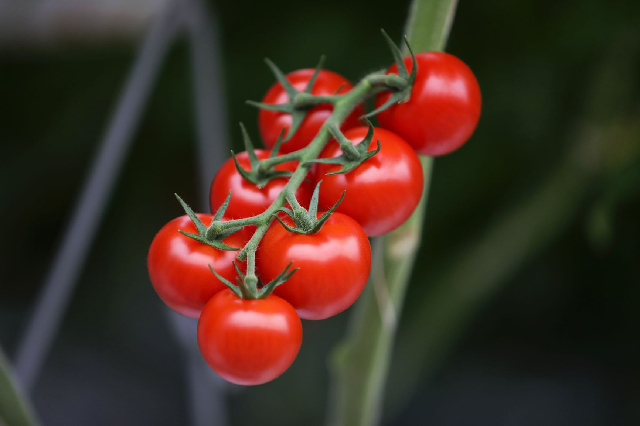 “Speaking for us but also for other British growers, we’re confident that the demand for good quality, healthy food will be even higher post the pandemic. We still see Spanish and Moroccan tomatoes on the British supermarkets shelves in June and July and I wonder how long that is sustainable for especially as we tackle climate change. Especially now in COVID times we see that people take a look at the food supply chain and agree that we import too much and can grow more ourselves.”

“The British tomato industry wants more British tomatoes, but of course we also need our British consumers and supermarkets to support our industry. As long as we bring the right value for money – meaning giving the consumer value for money in terms of quality at competitive prices, we are confident that consumers will be pleased with the product. Last year 91 percent of British households bought tomatoes – our challenge is to get them to buy more tomatoes. That can be done by offering the right flavor, with tomatoes harvested at the right moment – our unique selling point for the British market.” Continuing to innovate in terms of different colors and varieties is also a key strategy for British growers.

Brexit
Then there’s Brexit, offering even more possibilities for locally grown produce – although according to Richard the insecurity about a no-deal Brexit is currently weighing down the industry. “Although local production is high on the agenda, the insecurity is frustrating.” Also since Brexit will affect the labour situation – something that has been a major issue this year and even more urgent due to COVID. “We’ve seen that people from Eastern Europe were unable to travel this way in spring time due to the COVID restrictions. We did pick up some local English people that lost their jobs or were looking for a new one. That has provided us with very mixed success: the last new employee left us last week, meaning that he stayed throughout the complete season, yet we’ve seen that it was difficult to retain people not used to working in greenhouses or the food industry.

Fortunately we need staff all year round and can keep people in winter, meaning that our situation is not as urgent as for example in short season crops. And also we do our best to be a good employer, making sure people are valued and respected. We’ve got people who have worked here for 35 years – the culture of our business is very much a family one. Yet still it’s the last 10 to 15 per cent of staff that is difficult to fulfill, and even though we haven’t gone short of staff, training people to the right level has proven to be a challenge.”

Cleaning time
Yet now it’s time for cleaning the greenhouse – an activity that due to the threat of ToBRFV is being done thoroughly and securely. “We’re in a good position since we do not receive produce from other growers at our site, yet still do our utmost to avoid any contamination since with the rugose you can’t rest on your laurels. It’s a big problem in the industry and we’re making sure our cleaning protocols are top notch.” Then for next season the young plants will arrive in December. Just like this year, the company will focus on growing premium varieties on the vine. “Cherry tomatoes, plum tomatoes and cocktail tomatoes," Richard sums up. “As said it’s quality that’s most important here, and by growing premium tomatoes on the vine we can offer customers a tomato experience that will encourage them to rebuy our product.” 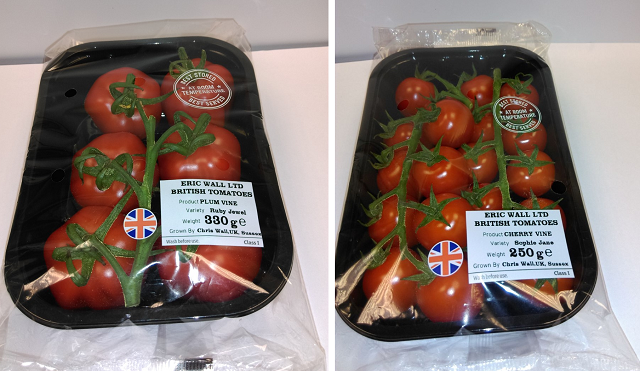 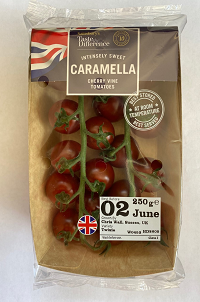 Although the company will not change this successful recipe, there will be some new introductions trialed in the greenhouse. Every year up to 25 varieties are being tested by the company, and Richard has seen a brown cherry on the vine and an orange cherry on the vine that excites him. “Especially younger consumers, under the age of thirty, are looking for colored tomatoes, and up until now we believe that the industry hasn’t quite got it right in terms of the high level of flavor, compared to the super sweet red cherry tomatoes that are offered. Now it seems like we’re close to discovering one with the same flavor level – meaning that also next year will be interesting for sure.”