New greenhouse system harnesses the power of the sun

You hear a lot about artificial lighting in greenhouses these days. But one new greenhouse system, developed by Ceres Greenhouse Solutions, moves away from that movement, focusing on sunlight instead. Initially designed for cannabis cultivation, the innovations in the SunChamber™ will also 'trickle down' to the company's vented greenhouse systems, Josh Holleb, Solutions Architect with Ceres, explains. Josh, one of the speakers at the upcoming Agritecture Xchange, tells us more about this innovative system.

"Since the inception of Ceres Greenhouse, our goal was to design structures for highly efficient growing. As the cannabis market has developed and we have developed with it, we began to create what we thought would be the best cultivation option, using the least amount of energy, to produce the highest quality cannabis flower. We already had the greenhouses figured out, so we began working on our EcoLoop™ Geothermal HVACD system, SunSense™ controller, integrated fogging systems, as well as integrating fertigation systems.  We have learned in the past that, while sometimes more expensive, the holistic design that we offer almost always means our clients are more successful."

Holisitic approach
The SunChamber works well for facilities in the 20k sq.ft. range to up to 100k sq.ft.or more. "Most of our clients are in the 30k to 50k sq.ft. range, but the system is completely scalable and modular, which was one of our design criteria," Josh says.

At this point, 4 SunChamber facilities are up and running: one in Colorado, one in Oklahoma, one in Massachusetts, and one in California. One is operational, one is under construction, and two are in permitting. "The growers that we have proposed this system to are excited about the holistic approach we can take with the system. Vapor Pressure Deficit (VPD) control for precision growing is the thing they are most interested in, and they are also very excited about high natural light levels with UV," Josh has noticed.

"Another exciting piece for our clients is our data package. Through our controller, we can see how much energy was used in a particular flowering cycle, how much light was in the greenhouse, what nutrients were used for feeding, and we can track very precisely what it cost to grow that product. This allows growers to get more granular with their inputs, make minor adjustments to both the environment and feeding schedules to try to improve quality and/or yields, and then to replicate those outcomes moving forward." 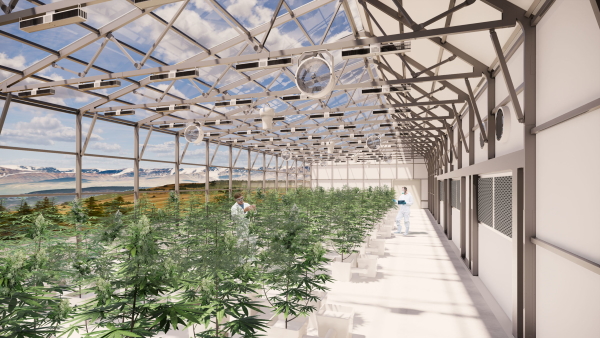 Cannabis and beyond
Traditionally, cannabis cultivation has been done indoors and required a lot of fossil fuel inputs. It was expensive for growers and a bad optic for the industry in general. Ceres looked at this problem and they asked ourselves "how can we do this better?"

"We understand that a controlled environment is a necessity for growers looking to produce high quality flower, and we also know that high light levels are also very important. Because of those two things, many growers are moving towards sun grown cannabis," according to Josh. "While outdoor cannabis is obviously sun grown, most growers are looking for more of a hybrid where they can still control the environment like they are used to in their indoor grows, but allow sunlight to provide most of the light for their plants both for the health of the plants as well as to lower operating expenses. Using sunlight is becoming much more common as it is the growing method that makes the most sense."

At this point, the SunChamber is designed as a cannabis facility. "Because of the value of cannabis, growers can justify the cost of the system and pay it back relatively quickly because of how efficient it is. That being said, a lot of the technology and processes we have learned from the SunChamber trickle down to our vented greenhouse systems."

Like growing indoors
With any crop, growers are faced with a choice: do they grow outdoors, in a greenhouse, or completely indoors? With the technological advancements in recent years, it's tempting to go fully indoors, but as Josh explains, there are benefits to growing in a greenhouse, and the SunChamber seeks to bridge the gap with full indoor cultivation. 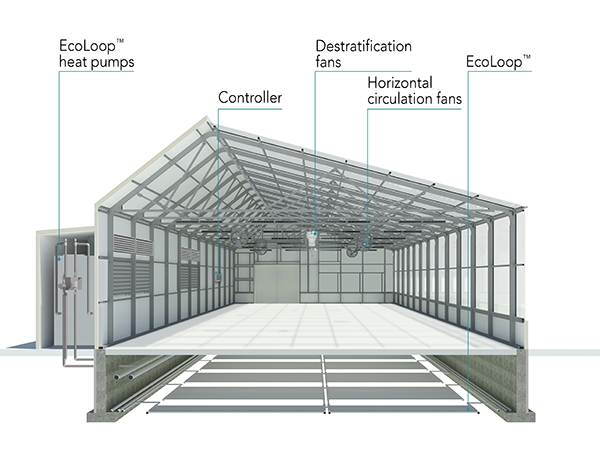 There are several differences that need to be accounted for, the first being sunlight. Unlike an indoor grow, that has 12 hours of uniform lighting that is always identical, a greenhouse can have much higher light levels on sunny days (over 2000 ppfd) and lower levels on cloudy days. A properly designed greenhouse will have dimmable LED lighting to offset cloudy moments or cloudy days, to minimize the lighting variables.

Hybrid future
Asked about his view on the future of the industry, Josh says he  believes that the majority of cannabis production 5 years from now will be grown in hybrid greenhouses with climate control, always taking advantage of the sun. "Most agree that the climate is more variable now and will continue to be hard to predict in the future, which is another argument for controlled environment greenhouse growing."

Josh Holleb will be one of the speakers during the upcoming Agritecture Xchange. When registering, you can use the code 'HDaily10' to get 10% off tickets.