"The right greenhouse can help food production on island states"

Food production on island states has historically been challenged by a lack of arable land, pestilence and extreme weather conditions. According to Ralph Birkhoff of Alquimi Renewables, these challenges can all be addressed with the right greenhouse. “Together with our strategic partners at Sprung Structures, we can now offer a greenhouse solution designed to meet extreme wind forces. Sprung Structures can be designed and engineered to meet Category 5 hurricane force winds,” says Ralph Birkhoff. 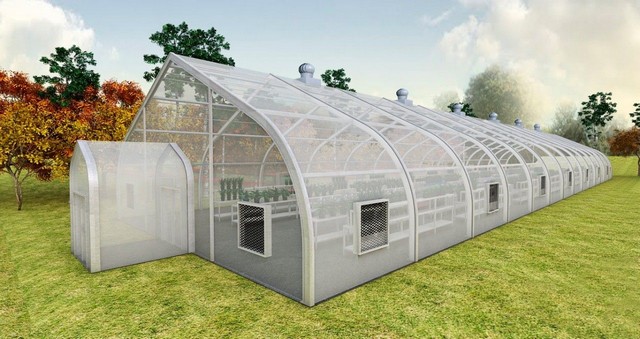 Alquimi Renewables, LLC., is an American-Caribbean project development firm specializing in infrastructure projects in renewable energy, protected agriculture and climate resilience across the Caribbean, Latin American and North American markets. When it comes to agriculture, Alquimi’s mission is to implement solution-based agricultural technologies to solve major issues in agricultural production, predominantly in the Caribbean states (CARICOM), but also on a global scale as greenhouse growers  across the world search for greenhouses that can weather the elements.

After hurricanes Irma and Maria devastated farm production in many parts of the Caribbean in 2017, Alquimi doubled down on its efforts to introduce hurricane-resistant greenhouse farms to the islands and effectively increase the resilience of local food systems. The company develops these farms through its Island Growers entity. Not only can the greenhouses be designed to meet these extreme wind forces, the Alquimi has also customized its own shallow aggregate ebb-and-flow (SAEF) hydroponic production system, which is specifically designed to withstand heat and humidity while remaining very efficient in its water and energy use. Alquimi’s various technologies are held  under the company’s Island AgTech entity, and it is currently organizing to manufacture key components of its production system in Trinidad and Tobago.. 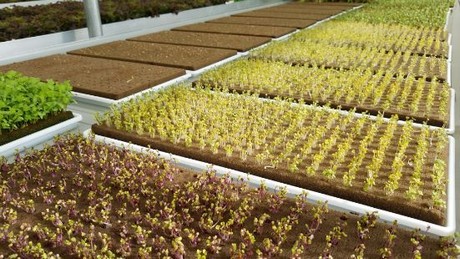 Due to the structure’s durability and high-quality construction, Alquimi’s greenhouses are slightly more expensive than lower rated greenhouses but the key to attracting investment, according to Ralph, is mitigating risk. With the increased probability of structural failure by less expensive greenhouses under extreme weather conditions, paying less for a greenhouse may cost the grower more in the long-run. “Farmers are very practical,” says Ralph. “They may invest in a cheaper greenhouse initially but if it is destroyed in a storm, they seldom repeat the mistake. They look for a more sustainable solution.”

A key factor to Alquimi’s success is the company’s strategic partnership with Sprung Structures, a North American based manufacturer specializing in tensioned membrane technology. With operations based in Calgary, Alberta and Salt Lake City, Utah, Sprung maintains over two million square feet with the ability to complete manufacturing within four weeks from order. Sprung Structures also has a proprietary membrane which has been described as “having  the closest grow light spectrum properties to glass.” Glass greenhouses are more vulnerable to debris impacts during storms, while Sprung Structures tensioning method offers superior aerodynamics. According to Tim Sprung, Vice President of Sprung Structures, “it’s not just the membrane that’s the magic; the tensioning method combined with air-tightness provides an optimal growing environment."

Alquimi is currently building out its first two farms in Barbados and Tobago, both of which are slated to be operational in early 2021. A third project using the IAT system is being constructed in Puerto Rico under the GrowingPR brand. The Barbadian installation will reportedly be the first 100% climate-smart greenhouse in the region. The company is currently developing four additional commercial farm projects in various islands across the region and two private greenhouse projects in the British Virgin Islands and Belize. In collaboration with local investor partners, Alquimi develops its Island Growers farm projects using a phased approach aimed at strategically scaling up the project so that the company can comfortably invest in alternative energy sources, water production solutions and biomass processing to further reduce their operational costs over time. All farm operations will eventually be USDA organic and GlobalGAP certified, allowing Island Growers to deliver a higher quality fresh produce, and start to reduce every island’s high dependency on food imports.