Mr. Salad goes 'back to the future'

You may know him as Mr. Salad, although his real name is Grahame Dunling. He's earned his nickname for good reason though, with a career spanning decades in the horticulture industry, taking him from various roles in the UK and around the world, right through to his current job as CEO of Uns Farms in Dubai. At this year's Vertical Farming World Congress, Grahame gave his view on the state of the industry, based on his own vast experience. 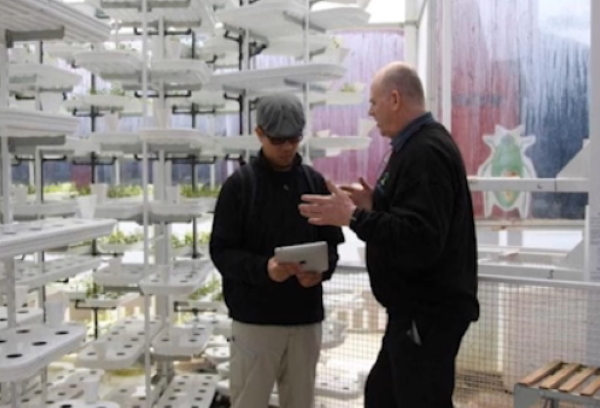 After leaving college in 1980, Grahame started his own business from scratch and built it into a million-pound turnover company. "Then the recession hit the UK and we closed the company down. I then went on to run several glasshouse companies, turning them from loss-making into profit-earning companies." In December 2013, Grahame's career took another turn: he went to Bahrain for a three-day consultancy job and has been in the GCC ever since.

The future of hydroponics
Having grown gourmet crops all his life, and being a fourth-generation grower, Grahame is excellently positioned to comment on the state of the industry, being no stranger to innovation. "My first contribution to advancing hydroponics was in the 1980s, when my nursery was a showcase for the first computer-controlled irrigation system", he says. "I was also one of the first commercial growers to grow cherry tomatoes in the UK, and way back in 1998 I helped Greefa develop a cherry tomato grader - my second contribution to the future of growing." 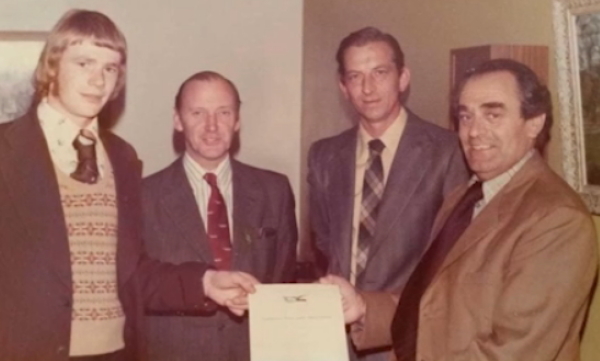 Going from nothing to packing 5,000 punnets of cherry tomatoes a day, Grahame and his team had to create demand, so he went on cooking shows and recruited top chefs to promote the UK produce. In addition to those 110,000 tomatoes, they also harvested 12,000 heads of lettuce a day, as well as 10,000 heads of celery, each of which had to be 400-450 grams. As Grahame says, “Hydroponics made all of this easier to control." So it shows hydroponics and aeroponics are not new, they have just improved over time; the same way as iPhone & Samsung have evolved, so has controlled environment growing. 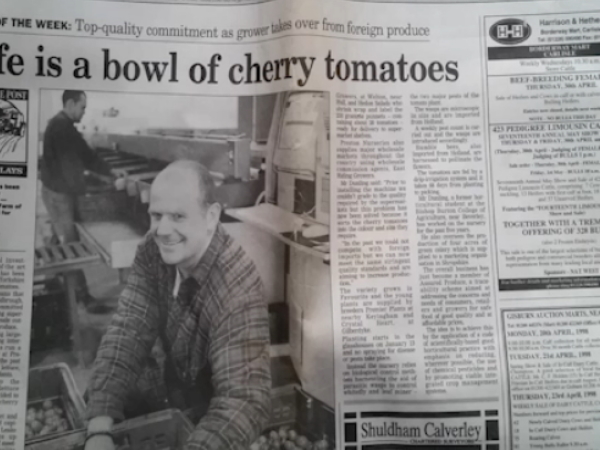 Thinking outside the box
So how should the technology be developed further? As mentioned earlier, warehouse growing itself is not new, Grahame points out. The picture below shows a vertical growing system way back in the 1990s. "Like the Tesla cars, it is not an invention. It has just been refined and brought up to date. Warehouse growing using technology is not new, it is just more refined. So, we have the technology, we have the systems. What do we lack? Try the growers," Grahame suggests. "People say we have the data, so you do not need to be a farmer - but it is the growers who think outside the box." 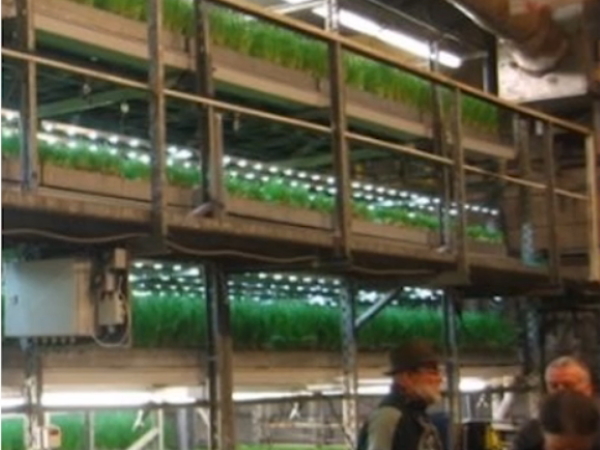 Like Tesla and the electric car, "everything we do has in some form been done. We as industry leaders and pioneers in our field need to innovate and take it to the next level," Grahame says. "Many crops and how we grew them can be readapted and taken back and used for warehouse growing. After all, we took them from low greenhouses and readapted them to high modern greenhouses - back in the 1970s and 1980s, we did not have tomatoes that had 54-80 trusses on them." So how do we make these crops viable for the future, both in terms of crop production but also in being able to grow these inside a warehouse or even in a vertical system?

Back to the future
Commercial greenhouse growers have been innovating for a long time now. "We all know hydroponics is not new. Commercial growers first used Rockwool as a media back in the early 1980s. We as commercial growers collected data and used this, and greenhouses have some of the most advanced automation we have seen. We need to use this and redesign it to work for us. So, hydroponics really is 'back to the future'."

Bringing this pioneering spirit to vertical farming, Grahame has helped vertical farming take off in the Gulf Countries. With Uns Farms, he is growing gourmet baby leaf inside a warehouse - the produce is sold in a range of large outlets in the region. "Uns Farms are turning warehouse vertical growing into a full-bodied commercial growing operation. This is because, as I like to say, we are going 'back to the future' - using old growing methods but using modern technology."

They grow the plants in ebb & flood trays on racks with 8 levels, some of which are 19 meters long. "This gives us approximately 5,700 m2 of growing surface area, making Uns Farms one of the largest warehouse vertical farms in the UAE. We sow to a schedule, then the process takes place right through to harvesting. So, for any event the customer can order in advance and know that on that given day they will receive their order." 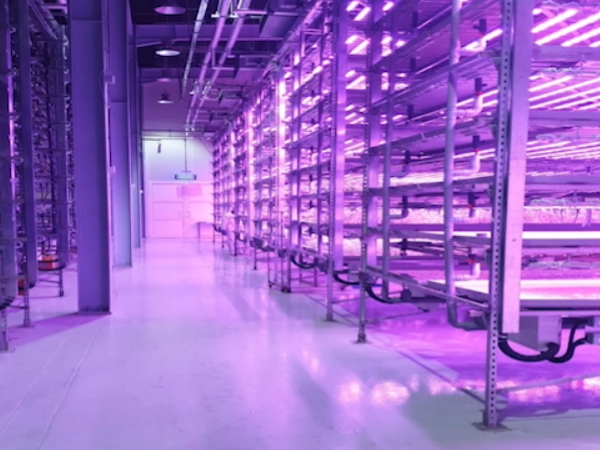 Reinventing horticulture
For Grahame, the future of hydroponics means staying ahead of the game. "Producing healthy, tasty crops, having an automated packing line, developing our own LED lighting, and ensuring we produce crops that are nutritious and look good, taste good and give the consumer the wow factor and flavour back into their salads."

"Far too many people are saying they grow baby leaf when all they do is sow the seeds and wait. How often does a Dutch grower cycle through his greenhouses looking, smelling and feeling the crop? This is what growing to me is all about: small tweaking of the water, O2, CO2, temperature and light makes all the difference. Science is great, but science said green light is not used by the plants - now it helps with flower development. So as growers we have to work with science to get a better plant; it does not mean growers are replaced."

He argues that the advancements achieved in recent years are not just the result of a growing amount of available data. "Look what has been done since 2008. This was not data; this was thinking outside the box and reinventing horticulture. This was designing the future of horticulture. Data comes after we have designed the future. Yes, we need data, but data is not a grower. Just like in 2008, I was told it would not work, I am told now that my ideas will not work. What people are doing is following what has been done and trying to improve it by saying they have 'New Systems’." Whereas Grahame says he is thinking of new crops and new ways of growing old crops. Like in 2008 he has been told, ''no, people do not want these." So as he says, "Let's wait and see what happens in 10 years when everyone is doing what Grahame wants to do now. Just like in 2008 it will be back to the future."