Supplies of California celery are good as the industry heads towards Thanksgiving.

“We’re going in two areas here—Lompoc and Oxnard-- for another two weeks. Our volume is good and looks to stay that way for at least the next two to three weeks to get us through the Thanksgiving pull. After that, we’ll lighten up,” says Russ Widerburg of Oxnard, CA’s Boskovich Farms Inc. He notes that production in Oxnard began less than two weeks ago and will stay there until June. Other regions about to begin production include Coachella, CA and Yuma, AZ. “But the majority of celery is from Oxnard—about 65-70 percent,” adds Widerburg.

Volumes look similar to last year though Boskovich has increased numbers. “We planted heavy for the front part just to make sure we’ve got good supplies and we have more contract supplies this year. We’re heavier for the front part of the transition,” says Widerburg. 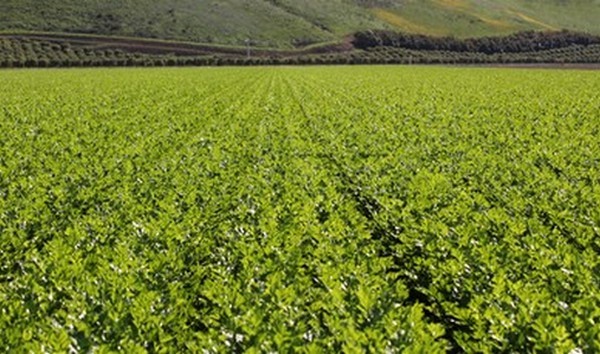 Anticipating strong demand
Meanwhile demand also look good. “In the last three to four days, demand has really kicked in. Michigan is done and everything is out here,” says Widerburg. “East Coast demand is better and retailers have their pre-books on the books for Thanksgiving. Thanksgiving is also a stay at home holiday for people and it sounds like more people will eat at home so retail looks strong for the holiday.”

As for pricing, he notes that Thanksgiving ads are set around $14-$15, which is similar to last year at this time. “A week or two before when the pull is strong, it’ll go up. But if it’s not strong, there’ll be some deals,” he says.

Around Thanksgiving, supplies will likely lighten up. “There are a lot of variables after the next two to three weeks including the weather cooling down and product slowing down,” says Widerburg. “The Northern district of Salinas might finish early. So there could be lighter supplies for everybody by the end of the month.”

Demand for the holiday season is less easy to predict. “You’ve got the variable with the bigger part of the transition—most of Salinas tries to plan ahead to stay there through Thanksgiving. Then they transition south and if there’s cooler weather, it slows everything and stalls supplies. There are a lot more variables involved going into Christmas than into Thanksgiving,” says Widerburg.