The new Dutch snack tomato import season began recently. The first batches were already on the market in September. These were brought in by, among others, DOOR/Prominent. The Dutch/import product overlap is going well. This season, this Dutch tomato growers’ cooperative is once again working with QualiPrim, one of the largest Moroccan tomato growers. They will follow up on the first successful season. These snack tomatoes will also be sold exclusively in Europe through the DOOR trading company. 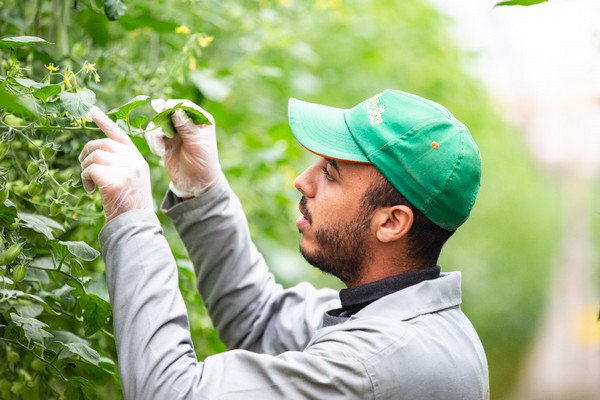 The growers from the Netherlands and Morocco learn from each other

Tomato growing in this North African country has been increasing dramatically in recent years. European imports have been on the rise since 2015. Growers are increasingly able to meet the wishes of traders and consumers in Europe. As a result, there are tomatoes, other than those from sources like Spain and outdoor Dutch and Belgian cultivation, in European stores in winter. Several Dutch growers and trading companies have, in recent years, therefore, come to a decision.

They grow tomatoes in Morocco themselves or to enter into cooperation. That’s so they can affect tomato imports. DOOR and Prominent were looking for partnerships, as was QualiPrim. That's according to Martijn Kesteloo, project manager for Prominent’s Moroccan main project. “We both wanted to be able to offer good quality snack tomatoes all year round. And, above all, develop a strong position in the snack tomato segment.”

Prominent entered this segment in 2018. Does the company feel it needs to catch up? “I wouldn’t say that,” says Martijn. “We started in this segment, and now we’re developing a strong position in it. For this Moroccan project, we are bringing in a large network. It has many experienced tomato growers and a broad market approach. It also has a good position in the European (retail) market.” QualiPrim is experienced in tomato farming in Morocco. They’ve been growing tomatoes on a 450-hectare area since 1990. There, they cultivate soft fruit in modern greenhouses too. 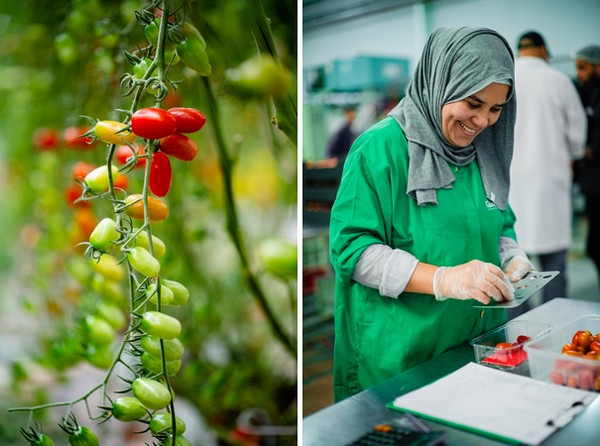 QualiPrim itself has 11,000 square meters of packaging space for tomatoes, but also soft fruit. The snack tomatoes are sold exclusively by Growers United in Europe.

Cooperation about more than just sales
This partnership is based on exclusivity. DOOR sells all of QualiPrim’s snack tomatoes. “QualiPrim is one of the largest tomato growers in Morocco. They’re defending this position by investing in the right varieties every year. But they also choose the correct selling party. We’re happy that Prominent has proved to be that for QualiPrim and that the first season went well.”

The collaboration isn’t based on commercial activities alone. “It goes beyond just selling the tomatoes. That could, after all, be achieved by just importing them. That, however, gives you less control. And control is what we want," says Martijn. "Apart from marketing, our growers also work with the Moroccan growers. They advise each other and continuously improve production and quality."

"Our growers don’t consider them competitors. They, instead, see the Moroccan product as an extension of their own cultivation. These overlap at the beginning and the end of the season. Then Dutch production decreases, and Morocco enters the market. That overlap went well this year. We learned from the first season, too, so we know what awaits us this season.”

Besides marketing, Prominent and QualiPrim consider the rest of the chain too. “Our inspection and food safety teams collaborate closely. We also brainstorm about new varieties and long-term strategies,” adds Martijn. “Before each season, we consider market opportunities. These are for snack tomatoes now, but in the future, we might also bring other varieties to Europe.”

Are they considering Russia? “No. You can export to Russia from Morocco. That’s not the case in Europe because of the boycott. But we’re not interested in that market.” When asked if soft fruit is an option - after all, QualiPrim cultivates strawberries, raspberries, blueberries, and blackberries - Kesteloo answers, “We’re not looking at that. QualiPrim has partnered closely with another company for that. (ed. BerryWorld).”

Panel results optimistic
During the first year of this broad cooperation, QualiPrim and Prominent invested in their existing clients. “But we could still build a new client base of those specifically looking for our varieties. QualiPrim grows Angelle and Sweetelle. We used QualiPrim’s network to open new doors and further expand fixed winter programs.”

These snack tomatoes’ excellent quality helps. Clients, however, still have their doubts, because these tomatoes ‘come from far away’. These doubts are unfounded, as Martijn discovered last season. “We got an independent panel to test these tomatoes’ taste and quality every week. Their quality and taste were certainly not inferior to Dutch products.” 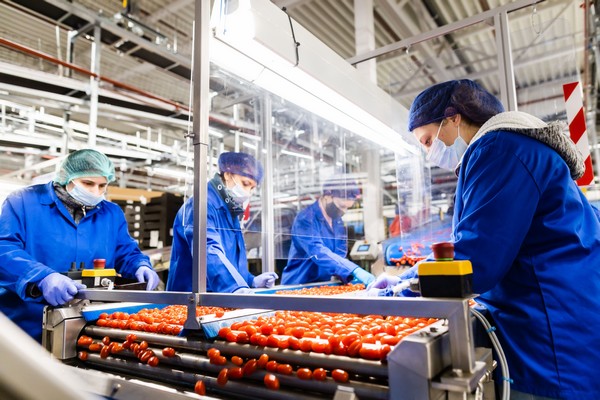 As soon as these tomatoes are harvested, they’re sent to the Netherlands. Even before they arrive, DOOR’s sales team distributes the volumes among (end)clients. Upon arrival, DOOR can immediately process the tomatoes into the desired packaging. DOOR will soon do all this in its new packaging warehouse, which is currently being completed. QualiPrim packages of these tomatoes in Morocco.

QualiPrim has 11,000m2 of packaging space, good for processing 60,000 tons of tomatoes and soft fruit. “When it comes to packaging, everything depends on the client’s specifications. The tomatoes’ country of origin is always displayed on the packaging. But as the panel tests have already shown - if you don’t know where the tomatoes come from, you don’t see or taste any difference,” Martijn concludes.