Second Chances Farm founder Ajit Mathew George flew to Las Vegas October 20 at the invitation of Jon D. Ponder, founder and CEO of Hope for Prisoners, Inc. and Pastor Tony Lowden, executive director of the Federal Interagency Council on Crime Prevention and Improving Reentry, to explore the possibility of creating Second Chances Farm Las Vegas, a city that is a food mecca with top notch restaurants.

Ajit was surprised to get a warm welcome by Carolyn Goodman, the Mayor of Las Vegas, and Christopher Patterson, the Regional Administrator of HUD based in California. He also met the leadership team from The Siegel Group, a privately held real estate investment and management firm that specializes in providing re-entry housing to returning citizens. They hosted a roundtable meeting in their corporate office to discuss how Second Chances Farm Las Vegas could be established in an Opportunity Zone in Las Vegas and funded through an Opportunity Fund. 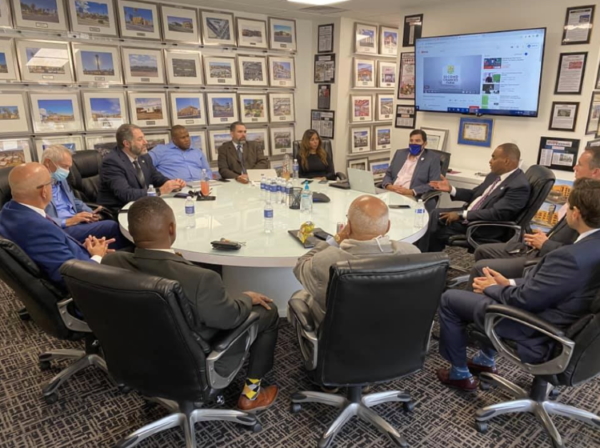 Hope for Prisoners assists with reentry by providing the formerly incarcerated long-term support and services as they work to reclaim their lives, families and standing in the community. Founder Jon Ponder found himself returning to his community after spending time in prison and experienced firsthand the same challenges most face when they are released. He realized there was a lack of long-term support and guidance for those who learned from their mistakes and had a genuine desire to change the direction of their lives.