On 29 October, The Greenery Growers - a subsidiary of The Greenery - auctioned its first lit cultivation cucumbers. That means, for the first time in its existence, The Greenery has cucumbers available year-round. 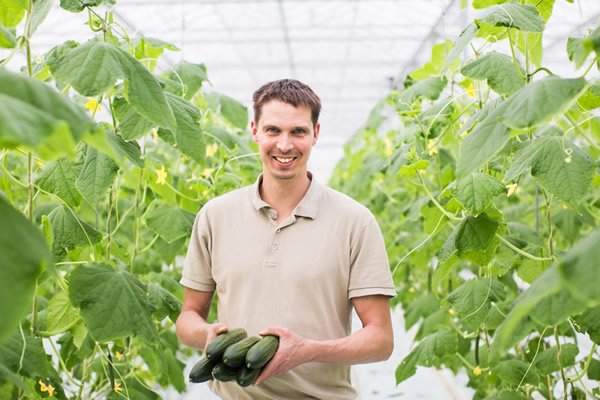 Qcumber's Kees Hendriks is happy it worked out. "We now know year-round cultivation is possible. It does, however, presents new challenges. That applies to both the product's marketing and the technical part of the cultivation."

Nick Rietveld from The Greenery Growers points out that this is the future. "Our biggest advantage over imported cucumbers is reliability and the constant delivery of good quality products. The demand and need for contracts from retailers is increasing. The lit cultivation area is expanding across the country too. More and more growers are starting earlier and, therefore, coming into production earlier."

The Greenery's various business units have been focused on this single goal since June. The Greenery Growers takes care of Dutch farmers' supply.