When hearing that the products of Aqua Green have won the popularity of many Hongkong mid-to-high-end retailers, 5-star hotels, clubs and chain restaurants, it's easy to conclude that they must be hydroponically grown. And it's true - their vegetables are grown in hydroponic farms in Huidong and Yunnan.

"Along with strictly selecting the planting environment, Aqua Green chooses the first generation of seeds from the Netherlands. With professional technical management, holistic computer monitoring and manual picking, it is ensured that every vegetable delivered to the customer is in line with the food safety requirements", they explain. By doing so, Aqua Green has become the brand with the highest market share of hydroponic vegetables in Hong Kong. Aqua Green extended its market from catering to retail and its retail brands have long entered large supermarkets and retailers and in addition to multiple local large supermarkets, a variety of vegetables from Aqua Green are available through its online retail services. As long as the order is over HKD$250, fresh vegetables will reach the customer's home with free delivery. Yet there's more behind the brand. Let's go back to where it all began. 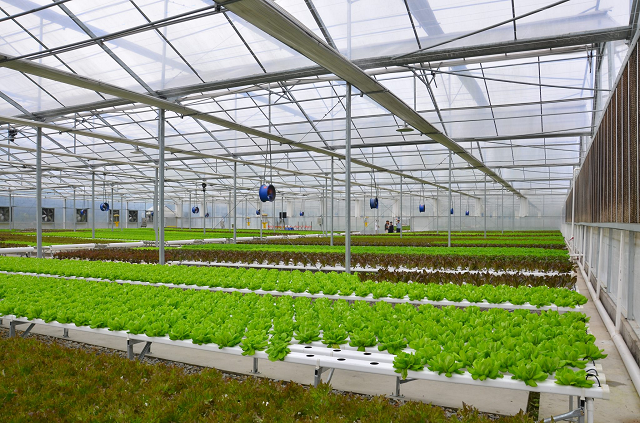 Accountants
Aqua Green was founded in 2012 by former accountant Ms. Tracey Lam and Mr. Ricky Lau, with an investment of tens of millions. Tracey once worked as the CFO of the world's top 500 companies, where she was responsible for mergers and acquisitions projects as well as financing. She later switched to agriculture, where financial returns were much lower. Initially, she encountered a lot of resistance. Growing up in Australia, she observed the highly mature hydroponic agriculture there. Compared with soil farming, it not only guarantees the quality and yield, but also reduces the use of water resources and pollutant emissions. Lam did several major mergers and acquisitions projects in in the world's largest environmental protection company Veolia, and thus she was never a stranger to sewage treatment and garbage incineration. She felt concretely how serious the environmental pollution was becoming, which triggered her idea of growing safe and high-quality hydroponic vegetables.

In her early days of entrepreneurship when hydroponic planting had yet to be popular, the acceptance of this technics was so low that the company could hardly be operated. Fortunately, with steadfast conviction, the two founders insisted on growing quality vegetables, which were gradually accepted by the industry after the Hong Kong Catering Show in 2016. 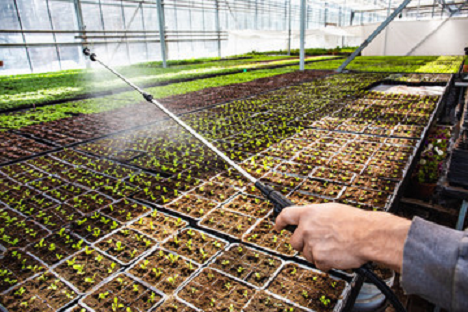 Focus on high-end
In order to break through the business dilemma, their marketing strategy first focuses on the high-end market and shapes the image of a high-end brand. To cope with the rapidly growing business, Aqua Green has successively invested in HACCP certified farms in Huidong and Yunnan, and expanded the base to 5000 mu, which can supply 4000-6000 kg of fresh salad vegetables per day. Lately, Aqua Green extends its market from catering to retail. It has entered large supermarkets and operate online retail platform "Soul Green", popularizing hydroponic vegetables and allowing the public to eat fresh vegetables delivered directly from the farm at reasonable prices.

Meanwhile, the company is planning to open a chain of salad bars in Hong Kong's commercial centers, including Central, Admiralty and Tai Koo. They mainly operate dine-in and takeaway, selling fresh salads, various vegetable soups and light meals. In the near future, the company will also enter Japan, South Korea, Singapore and other international markets. Presently, Aqua Green's market has already expanded to Shenzhen, Guangzhou, Shanghai, and other places, and there are even training courses to attract youngsters with the same aspirations to join the ranks of modern farmers.