the story behind Atrium Agri

"A collaboration like this is unique in our sector"

In December 2019, the greenhouse horticulture sector was introduced to the name Atrium Agri when the Bom Group joined Atrium Agri. It marked the first time that the partnership between the entrepreneurs behind Havecon, VB, and PB tec was made public. Recently, Atrium Agri was in the news again, with the addition of VEK Adviesgroep to the Atrium Agri Group. But what is the story behind Atrium Agri? 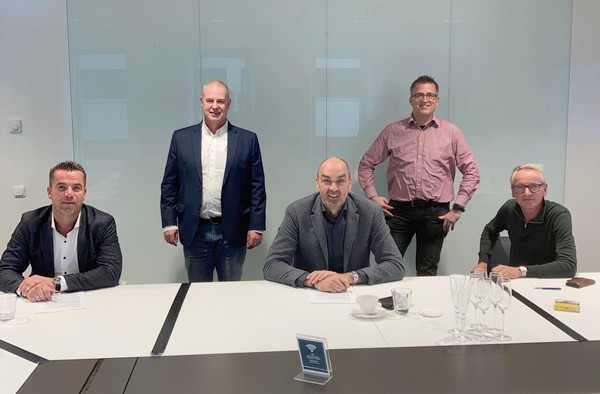 Collaborating thanks to the growers
Havecon, VB, and PB tec have been working together for a long time already. “in more ways then we sometimes realize,” says Edward Verbakel of VB, who, together with Henk Verbakel of Havecon and Koen Brabander of PB tec, formed the Atrium Agri group. “Traditionally, this is due to the Dutch growers, who bring our projects together. A good example of this would be our joint customer, Royal Pride Holland, where Frank van Kleef pointed out that a key advantage to this type of partnership is more, and intense collaboration between us."

Maintaining own identity
The group as a whole has seen many other collaborations that have recently arose within the industry. “The idea behind them is always sound, cooperative in nature and interesting, but because of the individual interests of each of the members it was too easy to be non-committal,” Edward explains about these other group's point of view. “Ultimately their own individual interests prevails over the interests of the partnerships.”

Being critical is good, but they had to decide how things should things be run. The group worked hard together to analyze this and come up with a plan that worked for everyone. “We came up with the idea that our collaboration needed to put the group’s interests on the same level as the interests of its members. You already have quite the group with Havecon, VB, and PB, but we found it necessary to think on an even broader level so the Atrium members and their clients can benefit even more from the larger scale of the cooperation.”

In the Spring of 2019, an opportunity presented itself. “Bom Group was considering their shareholder and ownership structure,” Edward continues. “The management team wanted to buy out part of the shareholders, but the company also wanted to keep its own identity and be in charge of their own business operations. This connected to what we had envisioned so seamlessly, that we immediately decided to begin discussions with them and formalize an offer from the Atrium Agri group.” In the Spring of 2019, Atrium Agri become a proud member of the Chamber of Commerce.

“Maintaining one’s own identity is a crucial point for the collaborating parties in Atrium Agri,” Koen Brabander adds. “On their own, our members are financially strong and profitable. They have built their reputations over the years and are already ‘proven winners’ in their respective fields. The fundamental idea behind the group is to have companies from within the sector collaborate and work together, take advantage of each other’s strengths which will ultimately lead to a more much efficient way of working. Our clients will, in turn, profit from this.”

Collaborations are already noticeable
A great example, according to Edward, is the greenhouse horticulture project Pure Harvest, located the Middle-East. “Bom Group did everything in their power to realize this interesting turnkey project with a plan that could be called challenging at the very least. It’s only due to the collaboration and help from the Atrium group that we now have a project that can be built in accordance with the customer's plan. PB, VB, and Havecon all collaborated to help out an important grower and fellow Atrium Agri member, in a region where we are not typically active. So, nothing but winners there!” 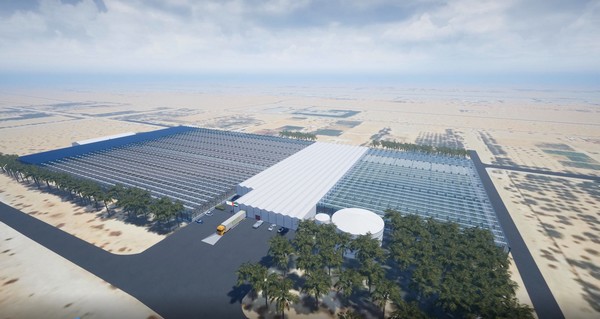 A 3D impression of the Pure Harvest project

Operate independently
The outside world might not notice much from the collaboration yet, however, as mentioned before, the partnership is most certainly there and the benefits are limitless, another example given by Edward. “Think about sharing knowledge, buying parts, and jointly investing in R&D together to bring new developments to the market faster. Of course, we can also combine some of the overhead business but we are always in complete control of our own systems, but when put everything together the members of Atrium Agri definitely help to make us stronger.”

It is important to Atrium to emphasize again that all members operate independently. “We don’t have purchase obligations, the market decides. So, all members of Atrium Agri will have to keep working with parties outside of the group in order to meet their client's demands and be as best as possible.”

Understanding of the volatility sector
The ultimate goal is to expand the group, as was recently done with the addition of VEK Adviesgroep. Henk Verbakel: “We definitely plan on becoming even stronger, though this does not always have to be in the form of a takeover. We are always looking to both internally and externally add solutions to our total Atrium Agri package.”

Obviously, there is also a financial aspect to it all, in which Atrium believes that they are at an advantage when comparing themselves to other conglomerates, who don’t have as much of a hands on background in the greenhouse horticulture sector. “We understand the volatility that characterizes the greenhouse horticulture market, especially now during the COVID-19 pandemic, but it doesn’t discourage us. Together as a group, we can all work together playing off each other’s strengths will still reaming independent, despite the financial involvement,” says Henk. 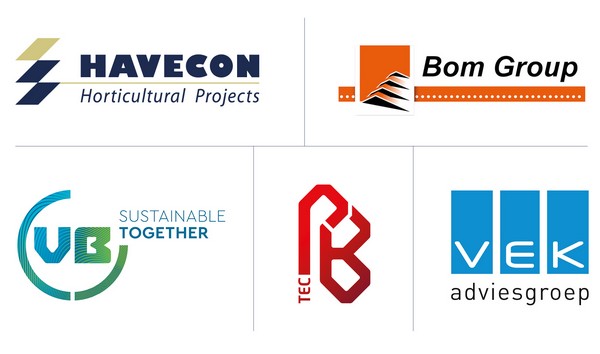 Grow, but don’t get too big
In 2019 and 2020, new steps towards growth were taken, but Atrium is aware that it shouldn’t become too big itself. “Then we would have exceeded our goal,” Henk says. “Our group needs to be big enough to compete in our changing and dynamic sector, but the individual interests of our groups members needs to remain intact. We won’t rule out further expansions.” Edward concludes: “People in the sector will definitely be hearing from us!”