Greenhouse constructor KUBO has opened its own test centre in 's-Gravenzande in the Netherlands: Blue Lab. In two Ultra-Clima greenhouses totalling 1,600 square metres in cultivation area, the Monster-based greenhouse constructor will be testing new concepts in practical circumstances, with respect to both technology and software. The first pilot aims to further explore the possibilities of autonomous cultivation.

Earlier this year, the development department was extended and incorporated in a separate company. The new KUBO Innovations now also has its own site at the same business park. Through this company, KUBO wants to give an extra boost to innovation in greenhouses and software. 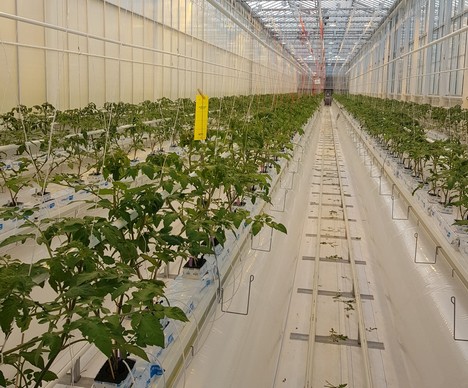 Tests in practice
KUBO Innovations will also be the user of the Blue Lab, the test centre based in 's-Gravenzande. "If you have an innovation, you also want to be able to test it in practice. We cannot always do that under real conditions at a grower. That involves us pressing buttons, which is not the intention," Director Wouter Kuiper explains why they decided to have their own site. The test centre must also provide scope for the continued development of the Ultra-Clima greenhouse.

Start with autonomous cultivation
There is currently a pilot with autonomous cultivation, without human intervention in the greenhouse. For this pilot, KUBO is working with suppliers of horticultural computers that have already developed software for them. The first partnership is with Hoogendoorn, which has launched the Plant Empowerment programme. Wouter Kuiper: "Autonomous cultivation is about much more than just the software. It is a completely different way of cultivating. It is not the case that you install the software in the computer and that everything instantly works. We will need several years to fully develop it and know how it works."

The pilot will also generate input for Smart Growing, the KUBO service to support entrepreneurs worldwide in cultivation. PYLOT, the data platform for compiling, analysing and making available cultivation data and information about the greenhouse performance, is also part of the pilot. 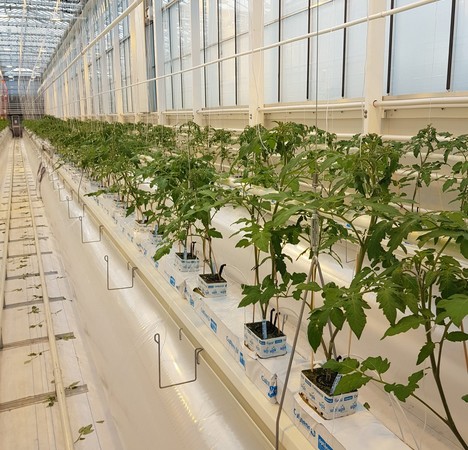 High expectations
In one greenhouse, tomatoes are autonomously cultivated, in the other they are grown traditionally. Sensors in both greenhouses generate as much data as possible. KUBO has high expectations for autonomous cultivation, says Wouter Kuiper. "This is a way to grow more industrially with less risk, which many investors in horticultural and non-horticultural countries are looking for. We want to find out what else is possible in comparison with cultivation by people. The results do not necessarily need to relate to more growth. It might also be more efficiency, so that one grower can manage many more greenhouses. Internationally, we see that cultivation expertise is not always available. We have also set ourselves the goal to make cultivation easier. Blue Lab will make a huge contribution to that."

'Also interesting for the Netherlands'
Besides the two Ultra-Clima test greenhouses, there is a 5000-metre conventional Venlo greenhouse with tomatoes, to provide a comparison. Autonomous cultivation does not always need to be in combination with the Ultra-Clima greenhouse. The pilot will also provide new insights for the Venlo greenhouse. "Autonomous cultivation can also be interesting for the Dutch horticultural sector, for both vegetables and ornamental plants. We already have an extremely high level of cultivation here, but we are always looking for ways to improve."