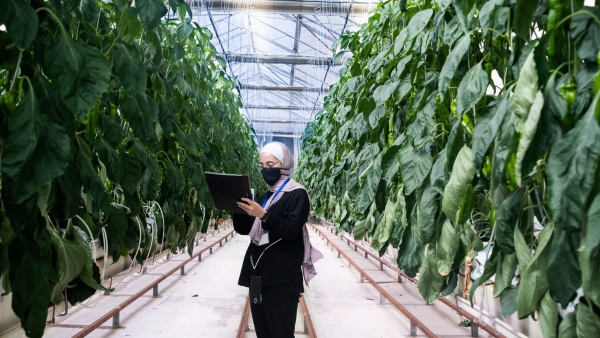 This program comes to support and empower young women to obtain employment opportunities and the skills required to take leadership positions in the agricultural sector and support the applications of modern agricultural technology in Jordan. 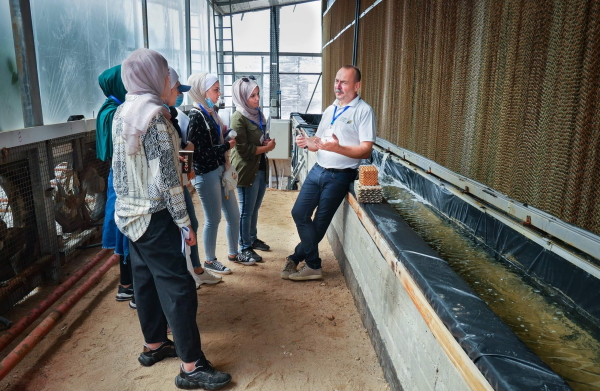 Director of Sahara Forest Project in Jordan, Frank Utsola, expressed his pride in participating in bettering the opportunities of a group of young Jordanian women and widen their horizons to change the future of the agricultural sector in Jordan. "The young women were excited. During the tour, they asked about everything, every tiny detail, which gave me confidence in this group and their ability to find new ideas and applications in the agricultural sector and supports their visions for the future of agriculture in Jordan."

Yasmine, one of the participants in the program, added: "Participating in this program and interacting with the project managers helped me a lot to understand what I want and how I can achieve it. Here I learned that there are many applications of agricultural technology that may help Jordan make use of its resources better and overcome the food security challenges that it faces."

The female training program is supported by the Norwegian government and Costa Crociere Foundation. The importance of the program stems from the fact that food and water security is one of the most important objectives on the national agenda in Jordan, as it has become imperative to empower the younger generation to support small and large projects that work on the principle of sustainability in energy, water and food.

The training program was designed to utilize partnerships between the academic and industrial sectors, whereby expert Ruba Al-Zoubi and Zeina Fakhreddin guided the trainees throughout the course of the training, in addition to cooperating with the Mira Association to develop irrigation and agricultural methods. 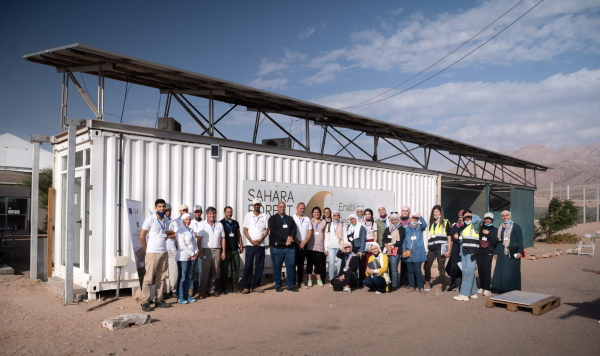 The project harnesses renewable resources such as seawater and solar energy (panels seen on the roof of the building in the picture above) to produce desalinated water and cool greenhouses, which allows the cultivation of all types of crops throughout the year and makes the use of arid lands possible.

Sahara Forest Project was inaugurated in Jordan in 2017 under the patronage of His Majesty King Abdullah II of Jordan and His Royal Highness Crown Prince Haakon of Norway.

The current demonstration facility is located 12 kilometres outside the city centre of Aqaba. It uses saltwater, sunlight and desert areas to produce vegetables, freshwater, biomass and clean energy. The ambition of the project is to rapidly scale up- It is the understanding of the parties that the new land will have an area of 200,000 SQM allocated to develop the project, and another 300,000 SQM for further roll-out.