Recently, a vase of crystal clear water was put on the table when Maren Schoormans and Simon Kleinjan told, on behalf of Viscon, about cultivation on water, or hydroponics. It is a cultivation method which is no longer new, although it receives extra attention now that investors also see opportunities in the sector, particularly in vertical farming.

Justifiable, according to Maren, although he also pleads for horizontal farming, or growing in greenhouses, which is still a good option almost everywhere. Viscon has developed, after years of testing, a scalable, vandal-proof cultivation system with, as one of the unique features, very small nano-bubbles and therefore crystal clear, clean water.

Deep water culture
If growers start with hydroponics they can choose to grow with gutters or in ponds. At Viscon, they focus on ponds, deep water culture. It simply sounds like a water tank, but only the optimalization of the water quality was a challenge. Simon: "After ten years, I daresay we have a proven concept." Simon was there at the start of the process and therefore he joined Maren at the table during GreenTech Live & Online. "The entire automation of the cultivation process was not the biggest challenge because we had plenty of knowledge and expertise." 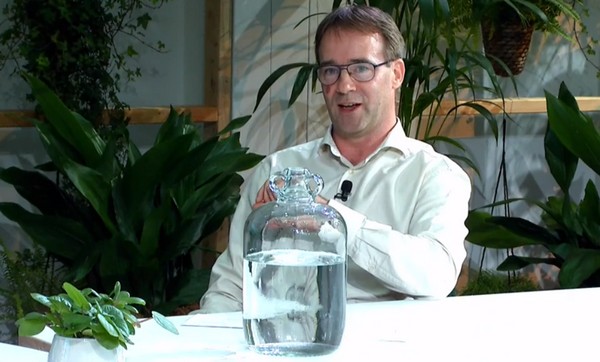 Maren Schoorman with the vase clean, clear water from their own hydroponics test system

Special unit
Back to the vase with water. It is coming from the Dutch town 's-Gravendeel, where the newest hydroponics system is tested in their own test facility. "Last summer was in that regard an ideal test case, with high temperatures and drought. The system was extensively tested in our plastic greenhouse, and passed without issue." 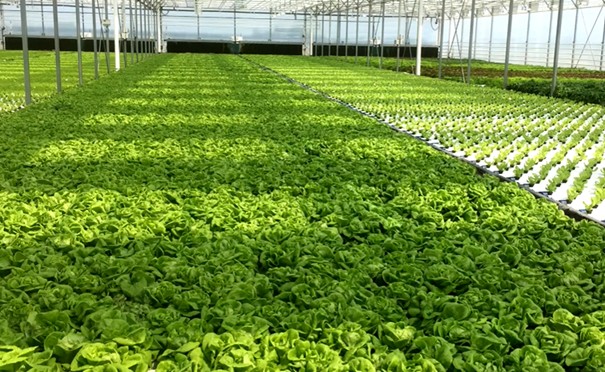 Viscon uses 25 centimeter water in its systems. "Optimal for a stable water temperature and also required for our cranes which lift the floaters out of the ponds without damaging the roots and such."

Special unit
It quickly became clear that a special unit which increases the oxygen level up to three hundred percent was responsible. Viscon makes use of nano bubbles. A technique which is increasingly often used in horticulture, but Viscon is doing something different. Maren: "Our bubbles distinguish themselves by a smart combination of bubble size, oxygen, insert and control method, and a special ingredient, chef's secret, although the system is already running with numerous international clients:.

The special bubbles cause oxygen to remain in the water for a long time, and refreshing is only sporadically required. It also makes a temporary electricity problem to be harmless, and the system uses relatively little energy anyway. Simon: "In s'-Gravendeel we could use the same water for a year and a half, of course by recycling and purifying." 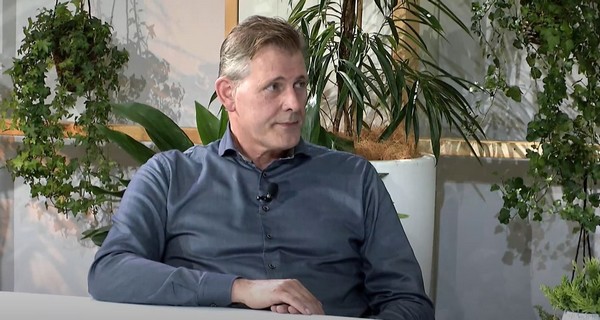 Simon Kleinjan told that the ponds are used for cultivation without peat substrate, but use a cleaner substrate such as foam, rockwool or other substrates developed especially for hydroponics. "The water is less polluted, another advantage."

Competitive
According to Maren, besides the bubbles and the unit used, it is equally important that the system is vandal-proof, produces huge yields and can be automated in varying degrees. This makes it attractive for growers all over the world to cultivate on soil, principally for any crop, although it is often lettuce and herbs which are grown in the ponds.

"Compared to the conventional grower of lettuce in the northern hemisphere, to the upper segment of the market using techniques such as lighting and complete automation, which produces 2-4 kilo production per square meter, hydroponics can achieve 120 kilo of lettuce per square meter. These differences are huge, which makes our system, with in the above example a price per crop of 34-40 euro cent, even more competitive than many people think."

Turnkey
Added to this, Viscon has all kinds of partners in the Viscon Group which enable turnkey systems, large and small. "We are also specialized in smaller project, which requires less automation but manual, tailor-made tools to facilitate work. Such a system, sometimes no more than a thousand meter, is suitable for research, but can also be an entry model for growers who want to scale up in the future."