Fall vegetable production is well underway and supplies look to be ample.

Squash: “Supplies are very plentiful. In fact, people are long on inventory,” says Neil Mazal of East Coast Farms & Vegetables in Lake Worth, FL. “Production out of Mexico through McAllen, TX and Nogales AZ is backing up in warehouses. Everybody’s long and making deals and shipping product to terminal markets just trying to move inventory.”

Zucchini supplies are more ample than yellow squash, though there are strong supplies of those as well. “Most vendors that are consigning zucchini don’t want to consign yellow but there are some that will. I think the situation will continue for the near term,” says Mazal.

The overproduction, he notes, is largely due to several growing regions. Volumes from Mexico continue to be strong and areas normally phasing out of growing at this time of year are still producing thanks to good weather. “Also, over the past several years, white fly infestation has been an issue in Mexico and cooler growing temperatures have diminished the impact of the white fly,” says Mazal. 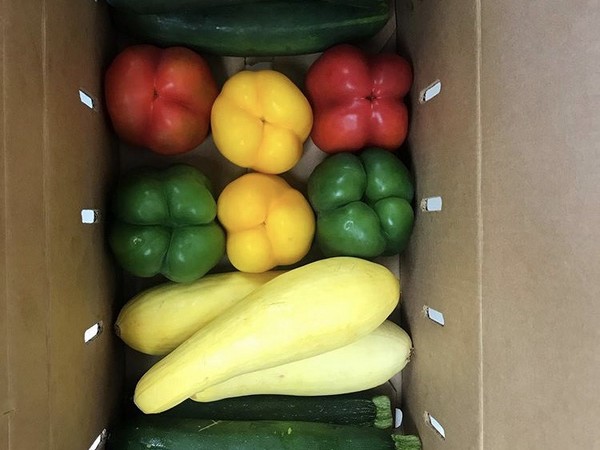 At the same time, Santa Maria, CA, Georgia, North and South Carolinas are also producing, and Northern Florida is also ramping up. (Florida is picking in increased volume on zucchini and moderate volumes of yellow squash.)

Meanwhile demand isn’t as strong for some commodities such as squash which means price points are low. “Currently fancy zucchinis FOB is $5-$6 while medium zucchini is $3-$4,” says Mazal. “I don’t see any real change in pricing until some people start plowing under squash fields. That is probably going to start happening.”

Cucumbers: Cucumbers are in a similar situation. “There are consigned loads going out, especially out of Mexico,” says Mazal. “The quality has been very good, and the weather has been pretty much ideal for production on cucumbers.”

He notes though that demand on cucumbers is lacking, despite the fact that the USDA Farmers to Families Food Box program has been purchasing cucumbers in higher volumes. “That’s taken up some production. But they’re not absorbing enough of it to necessarily impact the lack of demand at the foodservice level,” he says, noting it’s likely impacting the demand for cucumbers in retail though. “Combine the government boxes with COVID impacting restaurant dining out and a lack of retail demand and you have an oversupply situation,” says Mazal.

This leaves pricing on super select cucumbers $6-$8 but mostly it’s around $5 for selects with some trading into the $4 price point. “The consigning out of Nogales had some plain cucumbers out there as low as $2,” adds Mazal. He adds that both cucumber and squash prices remain steady at depressed prices with Mexico crossings into Nogales pushing volume. 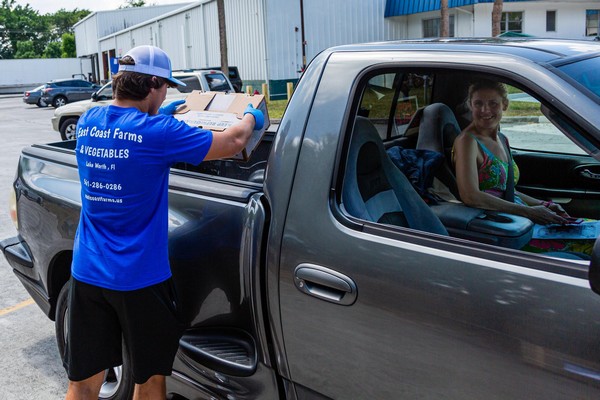 During COVID-19, East Coast Farms has been offering curbside pickup of its produce.

Hard squash: Hard squash production is largely taking place in the Northeast—Ohio, Michigan, Canada, New York State and on the West Coast, Oregon, Washington State and Northern California. “Those farms have mostly harvested and cured or have it in storage and are in the curing process,” says Mazal. He adds that Georgia also has some production and Florida will have it soon and some imports have been coming in from Honduras at lower price points, though that seems to have dried up.

In terms of demand, the fall pull on hard squash has not fully hit yet. “We’ve had relatively warm weather and usually hard squash is an item that people don’t start buying until they get into colder temperatures and want heartier dishes. Demand will pick up a little later on,” says Mazal.

And given that hard squash has a longer shelf life, the pressure to sell isn’t the same as it is on summer squash. “They’re trying to keep hard squash in the mid-teen price range,” says Mazal. “Some commodities are trading a little higher--$18-$20. But acorn and butternut are in the mid to high teens and holding steady.”

Peppers: Green peppers are starting in Coachella, CA. “That may help push the market a little lower,” says Mazal. “Red and yellow peppers are crossing from Mexico into McAllen, TX in large numbers and that’s keeping that market very competitive at lower price points.” He adds that Florida peppers will start harvesting in 12-14 days.