Greenhouse production is becoming more and more an integral part of cultivation in Germany. Winter production is often still a problem, as high energy costs deter producers in many places from lighting their products. Wolfgang Steiner, managing director of Gemüsebau Steiner LLC & Co. put one of the first German greenhouses for tomatoes fully equipped with LEDs into operation in August. Last week he was able to harvest the first tomatoes.

The greenhouse is part of the site in Emmerting and was built - like the production in Kirchweidach, including the organic greenhouse of his brother Florian - in close cooperation with REWE. "In Emmerting, we grow cherry tomatoes and Roma TOVs on 4.5 hectares for the REWE region South and partly for the southwest and central region. I expect a good 1,800 tons of tomatoes a year," says Wolfgang Steiner. 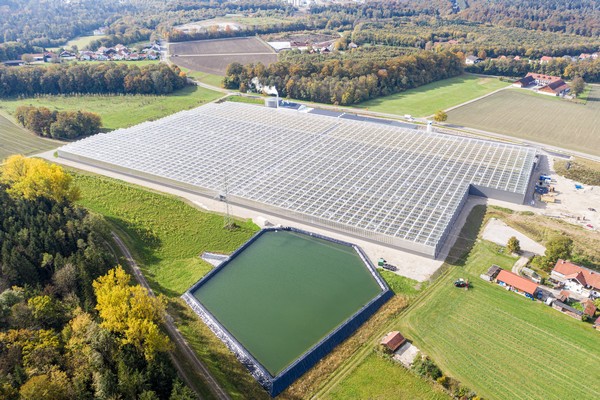 The lighting is not the only special feature in Emmerting: "We use the waste heat from a nearby power station to heat our plant sustainably. REWE attaches great importance to the sustainability of the products in its range, so the new energy concept was very important."

Prior to construction, 2.2 hectares of the site in Kirchweidach - which, by the way, is heated with geothermal energy - already had lighted cultivation. "However, this area was no longer able to cover the demand. Now we only grow tomatoes at the new location under lighting for the winter months. This means that we operate the largest greenhouse in Germany that is completely illuminated by LEDs. Thanks to this modern technology, we enable see considerable electricity savings, of over 35%."

For the time being, the focus will remain on ligthed tomatoes, but Steiner is keeping his eyes open: "At present, I still see little potential outside the tomato segment. Peppers are also in our sights, but cucumbers have just too much competition from abroad. In the case of entry-level products such as cucumbers, which can also be imported cheaply from Spain in winter, customers would probably not be prepared to pay the necessary 'regional' surcharge." 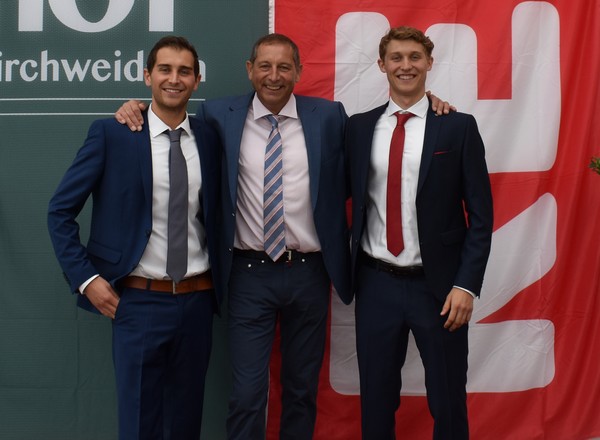 Wolfgang Steiner (left) with father Josef and brother Florian at the opening of the BIOhof in Kirchweidach last year. Photo: FreshPlaza

So far, the company has always been very lucky with the acceptance of their site plans, something other producers can only dream of: "The community of Kirchweidach was open to our plans from the very beginning, but we have always tried to involve the population as well. This has paid off, and we were able to convince even the most skeptical people of the merits of our greenhouses. Fortunately, we were just as successful in Emmerting."

Steiner speaks of a synergy between his company and the Emmerting community: "For example, it was possible to provide the village with a district heating connection to the power station, for which there would have been too few consumers without the greenhouse. The first households are to be connected in the spring of next year. This way, similar to Kirchweidach, all parties will benefit."