"Robots are at the beginning of their potential, while greenhouse workers are at their zenith"

Robotization has been a key development in the greenhouse industry in recent years. With the recent investment by Japanese car part giant DENSO, Dutch agtech company Certhon is well-positioned to play a big part in this development. At the GreenTech, Edwin Vanlaerhoven, head of business development at Certhon, and his colleague Eisuke Itou (DENSO R&D), talked about what the industry can expect in that regard. 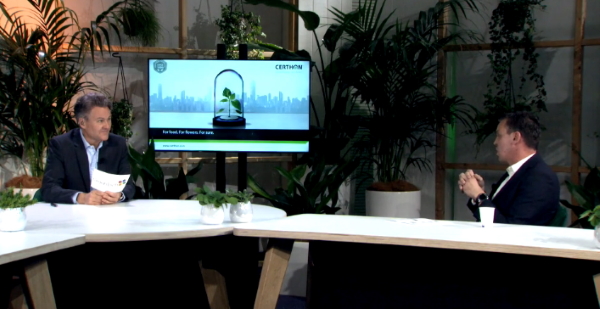 From car parts to plants
With ninety percent of cars in the world having parts from DENSO, the Japanese company is no stranger to high tech. When you also add know-how on machine learning, big data and quantum computing into the mix, it's easy to see they have something to bring to the horticulture tech table.

"Certhon and DENSO both have long-term focus, and both want to be big in horticulture," Edwin explains. That's also why they started a joint venture in Asia, called AgriTech Solutions. As a result, a robot is already running in a 4-hectare greenhouse in Japan.

The robot and the grower
The development of this Faro robot, which is expected to be introduced commercially in the Netherlands and North America, runs parallel to Certhon's development of what they call 'black box systems', what Edwin refers to as the autonomous food system of the future.

Right now, horticulture robots are still at the beginning of their potential, while greenhouse workers, especially in the Netherlands, can be said to be at their zenith. "There's no more room for improvement there, so over time, robots will become more and more interesting, and human labor less so."

Plans for the future
As said, the first harvesting robot is already in use, but it's not available commercially yet. After the tests in Japan, it will also be tested with some Dutch growers, bringing it to the next phase step by step.

The long-term goal would be to make the robot an integral part of cultivation, working together with the plant. In that way, one can steer the output of a system that's fed with input from sensors, and even adjust it to the wishes of the market. After all, Edwin says, "the output from the greenhouse is not the same as the input of the supermarket. We can leverage that better, leading to less waste and higher margins."

In practice
During the Q&A session after the presentation, Leo Lansbergen wondered whether Certhon and DENSO are working to develop robots for other crops as well. "We're starting with tomatoes because it's a very big crop, and there are big growers who can make these kinds of investments," Edwin replied. After this, capsicums and cucumbers, the latter being a very labor-intensive crop, are on the robotization radar. "We'll start in the Netherlands and Canada, in the Leamington area, because of a big concentration of high-tech growers."

Another question was related to the business model for the Faro robot - will it be based on a one-time investment by a grower, or will it be offered as a service? That question is still open, but it's clear that the robotization of horticulture is definitely on the cards.