Fabbri Group’s strategy, based on offering complete and effective packaging systems thanks to the most complete synergy of machines and films specific for different applications, is once again a winner. Today it is the “Nature Fresh” project that stands out, receiving the historic Italian Award “Packaging Oscar” for the “Technology” category. 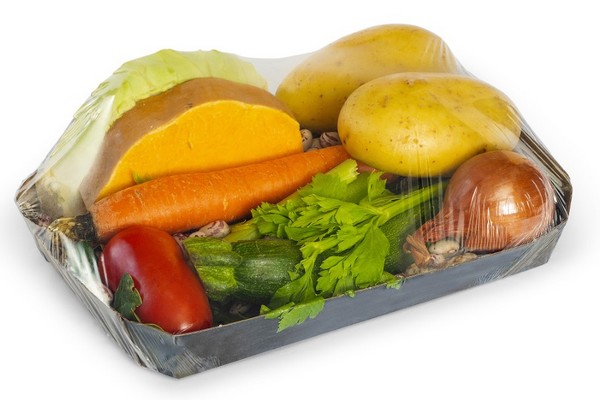 The Jury, which today awarded the Prize to the Group’s CEO, Stefano Mele, during the REECONOMY SUMMIT event at the headquarters of Il Sole 24 Ore - the most important Italian economic-financial newspaper - motivated the choice as follows: “The versatility of the Automac NF machines is significant as they allow packaging both with traditional stretch films and with Nature Fresh - the first certified compostable cling film for automatic packaging worldwide. The machinability is therefore optimized and allows to package and label supports of different kinds.”

Nature Fresh, a film based on the Ecovio® and Ecoflex® polymers by BASF, is the first certified compostable stretch film for automatic packaging on a global scale and is certified as suitable also for domestic compostability. Nature Fresh combines excellent aesthetic qualities (transparency, anti-fog) with an optimal presentation of the product: it is thus able to guarantee performance equivalent to plasticized PVC films and better water vapor transmission than traditional cling films.

The Automac NF packaging machines, in addition to optimizing the machine cycle of the film, allow to combine Nature Fresh with equally compostable labels and trays; they are also compatible with all the other stretch films proposed by Fabbri Group (plasticized PVC films, PE-based films, BIOBASED films) or available on the market.

“Today more than ever, preserving the environment, preserving food and avoiding waste are part of Fabbri Group’s DNA - comments Stefano Mele - These are the factors that 4 years ago led to the creation of the Nature Fresh project, a project that later also received official recognition from the European Union. But they are also the present and future promise that we want to keep towards our customers and towards ourselves: this Award indicates that we are on the right path, which is also confirmed by the rapidly growing number of applications for the packaging of fresh products (fruit and vegetables, meat and fish) of Italian and foreign customers.”