According to Patrice Sellès, CEO of Biotalys, this dichotomy is harmful and counterproductive: “We need to stop looking at these two options as a dichotomy and rather see them as part of a spectrum. The eventual overall goal should be sustainability, instead of looking at it as conventional versus organic.” 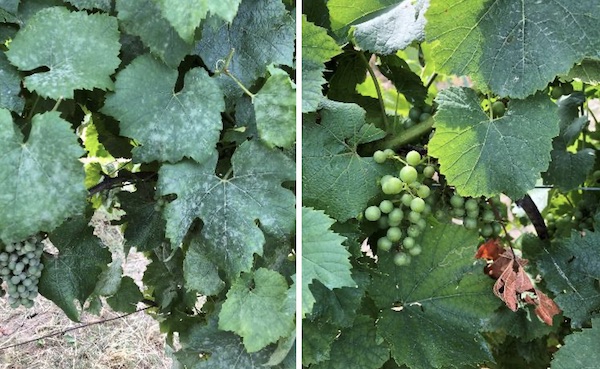 New bio-fungicide: Best of both worlds
With sustainability at the top of mind, Biotalys is working to release a new bio-fungicide into the US market in 2022. Sellès explains: “This will be the first in a whole line of products. This bio-fungicide will target botrytis and powdery mildew in strawberries and grapes specifically. We are planning on releasing other products too, such as insecticides and bactericides. For this first product we wanted to remain very focused on specific fresh produce items because it’s such a new technology. This way, we can work closely with the growers and the food value chain and introduce it with their buy-in and feedback into the market.”

The new bio-fungicide is currently being tested with very good results. “We are testing on more than 150 trial fields and UC Davis is also testing it. These are all blind tests and independent studies. So far, the results have been very good. The technology combines the best of both conventional and organic production: it has the features of a natural product, but also is very effective in protecting against plant disease. It is completely biodegradable and doesn’t leave behind any residues in the soil or on the produce.”

“Chemicals are a tool and they should be used properly to ensure the best outcome for both the consumers and as well as the environment,” Sellès says. “A good example is the production of grapes in Europe: there are a lot of organic vineyards in Europe that use copper salts and sulfates as an organic protective fungicide. The issue is that you need to use a lot of it for it to be effective, and these metals (e.g. copper) will remain in the soils and impact the biodiversity and microorganisms in the soil that are important to the plants. So organic production does not automatically mean that it is preventing harm to the environment. That is why we wanted to create a product that will help protect crops and optimize crop health and yield, while simultaneously working to increase the sustainability of the production.”

An important aspect of sustainability is reducing and preventing food waste, Sellès says, explaining: “There are currently more than 7.5 billion people in the world, but the global food production produces enough food for 10 billion people. Throughout the food value chain about 30% of food is lost; this is a very pressing issue that needs to be addressed and it’s something organic produce alone can’t address. The overall yields of organic produce are lower than those for the conventional crops, and they often have a shorter shelf-life, too. That is where our product comes in: as a complement to organic farming, to help produce conventional crops with high yield and a long shelf-life, without the residue element.”

European release expected between 2024-25
While Biotalys is currently headquartered out of North Carolina, its roots are in Europe. “We incorporated in the US in December of 2019 and have our US headquarters there because we wanted to be more commercially present in the United States,” Sellès explains. “In addition to releasing the bio-fungicide in the US in 2022, we are also working on releasing our bio-fungicide in Europe. This will take a minimum of two years longer than the US release because Europe applies a longer, two-steps approval process. So far, the process has been challenging because it is a completely new product and the existing test guidelines are not always compatible with the nature of our product. But the authorities have been very cooperative and welcoming, and our team is doing an incredible job at paving the path for any other future products.”

He continues: “There is a tendency to place a large part of the blame on the farmers for pollution, which is a huge issue. Food is one of the most important aspects of all of our lives, and we should be working to support those who produce our food, rather than put more obstacles in their way,” says Sellès. “With my background as a chemist, it is my belief that chemicals are a tool, and that we should utilize all the tools we have to bring higher levels of sustainability to the world. We should all work together to target the most sustainable approach, with the best yields and quality and the least impact on the environment. I hope that Biotalys can help bring this transformation to the US and European markets,” he concludes.