Around the World in Fresh Produce: international challenges and opportunities

2020 has proved to be a year like no other and via the PMA’s Fresh Summit session, Around the World in Fresh Produce: An Update on International Challenges and Opportunities, here are some of the developments being seen around the world, discussed by Fernando P. Gómez Molina with Proexport, Nicolás Moller Opazo with Hortifrut SA, and Patrick Vizzone of ANZ Banking Group. 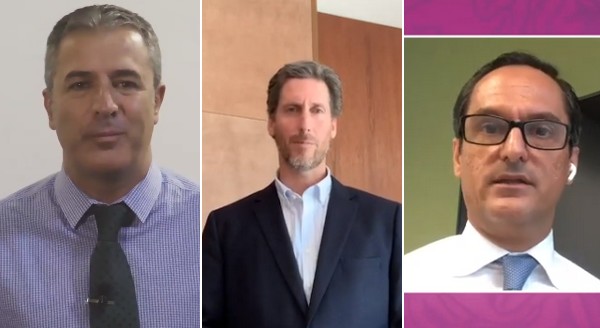 Spain/Europe
COVID-19 impacted Spain much more abruptly than its neighbouring countries and has made a rapid recovery impossible, says Fernando P. Gómez Molina, director general, Proexport. However the industry looks moderately optimistically at its future.

First of all, the consumer is different following COVID-19. “They give more value to health,” he says. He notes consumers are also stocking more produce in their homes and there’s weighted demand for quality food choices. “Home confinement along with a fear of going to restaurants has also increased curiosity in consumers,” he says. “And purchasing fresh produce online is finally taking off.”

Online purchasing is also being influenced by other trends—think consumers working from home. “The post-COVID consumer seems to be more responsible. They’ll be more austere in individual and family actions which will put pressure on prices and aggressive promotions in supermarkets,” says Molina.

In turn, while supply and demand remain in place in price formation, the sector can pay dearly for excess supplies he says. At the same time, suppliers must keep costs low and profitability high while fighting for the value of produce. “Retailers are likely to start aggressive price wars and promotions against smaller, more agile players and in those wars, suppliers tend to lose,” says Molina.

The industry also needs to think more about store inventory. “Expect more demand for basic products than for specialties,” he says.
At the same time, the industry needs to emphasizing messages around better health via packaging, labelling, small campaigns and more. “The mainstay of a healthy diet are fruits and vegetables. But all types of processed foods want to take advantage of that perception so let’s be careful with our marketing,” says Molina.

And then there’s costs. “COVID 19 leaves us a notable increase in cost associated with measures for preventing contagion of our workers. Reducing or transferring these costs to the produce price is mandatory,” he says.

Chile/South America
Nicolás Moller Opazo, executive vice-president, Hortifrut SA, sees increasing protectionism influencing produce. “This is a concern for smaller countries such as Chile who heavily depend on export,” he said.

That said, there are two other key shifts in the produce business shaping the future. “COVID-19 highlighted how fragile our system is. That’s why I believe the first opportunity for our business is sustainability,” he says. “As online commerce advanced five years in one in 2020, so did sustainability. Consumers are asking to bring solutions to the world as we deal with the climate crisis. This is having a major effect on the marketplace. The ones not reacting are lacking consumers trust.”

Opazo adds that the agriculture industry is responsible for 25 percent of the world’s CO2 emissions. “Reducing these will require changing how we farm, how much we waste, what we eat and how we manage our natural resources,” he says, noting the berry industry for example has made a commitment to 100 percent recyclable packaging by 2025. “The produce industry will go through major changes in the next five to 10 years and we have the capacity to adapt and transform our businesses,” adds Opazo.

At the same time, the produce industry is catching the eye of those outside the industry. “Financial investors are with new resources like never before,” says Opazo. “Why? Food and agriculture companies are demonstrating high returns to shareholders. This will grow and accelerate the transformation of the produce industry.”

In the end, the industry needs to be ready for the changes coming. “We have to embrace these opportunities and take actions today on all levels. We need to look for partners who can support us on sustainability, technologies, genetics and capital because they are fundamental to our future competitiveness,” says Opazo.

China/Asia
Patrick Vizzone, head of food, beverage and agriculture and head of Hong Kong, ANZ Banking Group says China is back to business as usual following the tumultuous year. “There’s a strong rebound in consumption and demand and a continued rebound in the services sector,” says Vizzone. “But it’s also underpinned by quite strong fiscal measures by the government aimed at supporting key industries. Agri-food has been a particular beneficiary.”

In fact, there’s more discussion at the government level around food waste and preservation of food. “From a sustainability standpoint, it’s one of the biggest challenges confronting agri-food—but particularly fresh produce given the losses we’ve seen around the world.”

Tariffs and trade of course are also developing. Since the beginning of 2020, there’s been a sustained pivot towards Europe as a supplier of fresh produce and animal protein. “This has continued into this year and a number of countries have been sizeable beneficiaries of this—Italy, Spain, Germany for example. That’s precipitated by the change in the tariff environment but also due to a weaker Euro or a stronger U.S. dollar, particularly since COVID-19,” he says, adding that trade with Russia is also evolving.

Additionally, geopolitical risk and instability and greater protectionism is the new normal. “We’ll see this irrespective of who wins the U.S. election,” he says. He notes that while the current U.S. administration’s unilateral approach has created unpredictability in trade, the next administration is likely to continue that protectionism sentiment. “But perhaps it will be more of a multilateral approach with more consensus or alliance building and perhaps then more predictability in trade as well,” says Vizzone.

He also notes there’s a continued pivot towards trade blocks, such as the Americas for example. “The percentage of trade within those blocks is likely to continue to increase with strategic corridors. The one we’ve seen very clearly over the past few years is South America into Northeast Asia or Northeast Asia into China,” he says.

And at the same time, with the increased protectionism focus over the last six to 12 months, Vizzone notes there is more focus on ensuring production in China for China. “That will be a theme for the next one to two years--reorienting some of China’s export economy into the domestic market to ensure more self-sufficiency,” he says.