Since Spring this year, a new name is written on the facade of a company specialized in strawberry propagation under glass located in the Dutch town of Hout-Blerick. That name is RasGrow Plants, and Erik Rasing runs the company. At the end of his studies, he came into contact with grower Gerrit van der Werf to turn his ambitions into reality. 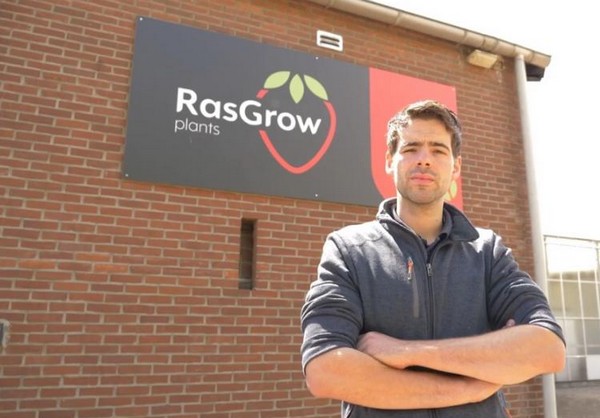 Ambitions
At seventeen, Erik started with rhubarb cultivation. When he turned eighteen, he registered as an entrepreneur at the Chamber of Commerce with his rhubarb and seed bean cultivation company. He also studied Business Administration & Agribusiness at the HAS University in the Dutch Venlo. During his domestic internship at Klaas de Jager, he came into contact with soft fruit and there the conversation starts between him and Gerrit of Aardbei Culturen Van der Werf  . Gerrit wanted to scale down, and Erik wanted to start a new company. "So we came to an agreement, and I could start running the business on the 1st of Januari," says Erik 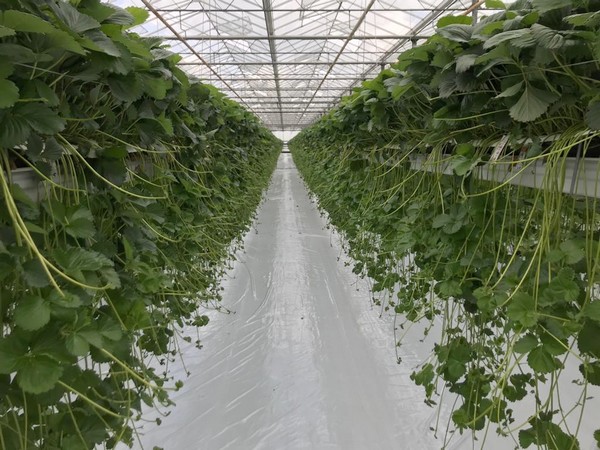 Cuttings cultivation in the greenhouse

Cuttings, frigo plants, and tray plants
The previous owner used the 5 hectares greenhouse to grow cuttings for strawberry cultivation. Erik continued this business and adds frigo plants to the cultivation as wells as tray plants during the fall season, which is now. “All cuttings have been placed, and we are currently removing the flowers to prevent fruit growth so the plant can continue to develop.”

The first plants will be packaged before Christmas and then either go into the cooling cell or straight to the clients. “The other plants will stay in the greenhouse for the winter to ensure the flower arrangement continues, and they can be planted at the growers in the Spring so a continues production can be achieved.”

Introduction rounds
Those growers, as well as customers, are mainly from the Netherlands when cuttings cultivation is involved. Some are also from Germany. The same can be said for tray plants, although some of the tray plants also go to the United Kingdom and Scandinavia through a fellow plant grower. “In the transition period, I visited the customers together with Gerrit to introduce myself. It was a good way to maintain the clientele myself and build from there.”

Clean
Earlier this year, a company video was made to show what happens behind the scenes at RasGrow Plants. “I am proud of the way the company is at the moment. The greenhouse is no longer new, but by maintaining it well and focusing on neat business care, it continues to function just fine. Everything needs to be clean, especially when it comes to the materials we use.”

Taking steps
A regular but flexible team helps Erik with that. “During the cuttings period, we peak with about 120 employees, the majority of which are seasonal workers. I have also taken over part of the previous growers' team.” 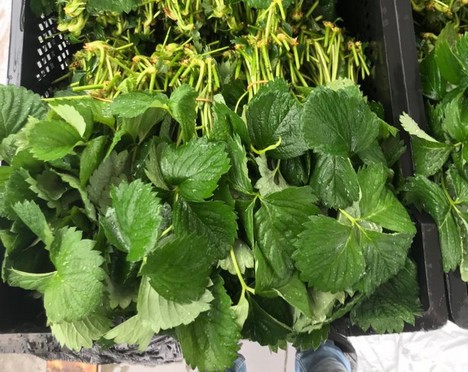 Cuttings in a box

The video shows that many of the company’s activities still have to be done by hand. In time this would be something to automate, says Erik. “Labor is becoming more expensive and scarce, so there are a lot of benefits in automatization and robotization. But since the greenhouse is still being rented now, it is important to run the business for a while first. I want to take things step by step, and the first steps have already gone well.”