PMA Fresh Summit: How the industry has proven to be resilient

Resilience. It’s a word you often hear to describe the agriculture industry.

2020 has truly given the industry a chance to prove that resiliency. This was discussed at the PMA Fresh Summit session, Resilience and Rebound. Here three industry leaders share their thoughts on how the industry showed this side of itself in 2020. 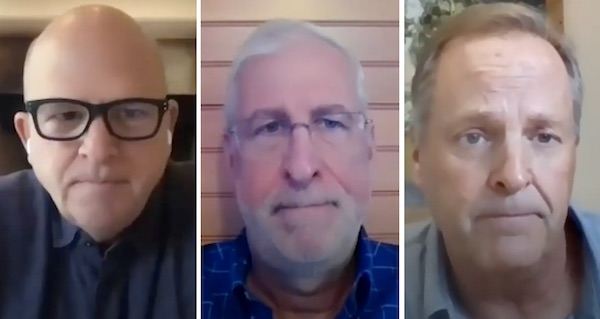 Early pandemic changes
“In March, we had to work quickly to keep our people safe and stay up and running. It was just confusing,” says Jeff Dunn, chairman and CEO of Bolthouse Farms. “The industry had to get through those first couple of months and that’s when a lot of those shortages of produce came in.” To alleviate some of those challenges, close working relationships between retailers and suppliers were called on. The grocery stores culled SKUs significantly to keep movement of key items going such as potatoes and onions, says Dunn.

It was then, too, that growers/shippers suddenly faced significant demand fluctuations – closures of foodservice businesses such as restaurants, cruise ships, and more saw a drop in that business. Yet retail sales spiked. That led to a clear pandemic-related trend. “We saw a huge growth in organic sales,” says Matt Seeley, CEO of Organic Produce Network. “More people were eating at home which bode well for organics. But it was fractured out of the gate as to what was going on.” From March to June, he notes, double digit growth was seen on organic sales and volume.

Meanwhile the floral industry also saw demand change. “There were big spikes in demand and you couldn’t meet it or your demand completely evaporated,” says John Simko, president and CEO of Sunshine Bouquet Co., adding that while the demand was there for flower in grocery stores, the challenge was making space to ship them there. “It went from 'we can’t throw it away fast enough' to 'how do we ship this faster within four weeks,'” says Simko, adding that the first eight weeks of the pandemic felt like working eight weeks of pre-Valentine’s Day.

New opportunities
The pandemic brought about new trends too, one of them being consumers investing in their homes. “Our sales have been up 20-25 percent. I’m surprised how quickly it bounced back and it doesn’t seem to be stopping,” says Simko.

Of course, one major shift that’s also been seen throughout the pandemic is home cooking. “There are a lot of people who didn’t know how to cook and have been forced to cook,” says Dunn. “We see that as an opportunity to evolve our product mix and also help them access healthy products.”

With opportunities have also come losses though and as Seeley notes, live events have suffered. OPN had cancelled its two key events, the Organic Produce Summit and the Organic Growers Summit. He notes that OPN is cautiously optimistic that live events will happen in 2021 though that involves two developments — the availability of a vaccine and the willingness of people to travel.

Trends, trends, trends
Simko believes that the combination of two factors — the improvement over the past few years on the quality of grocery store flowers plus consumers taking more interest in their home — will help the sales growth in the flower industry continue. “Regardless of the economy, we don’t get affected much on the demand side so I see a bright future,” he says.

And given consumers' increasing interest in health, Dunn notes Bolthouse is introducing more plant-based products such as a line of carrot items including rice and hot dogs. “What’s clear to people is climate change and how things that are grown are directly connected. It’s health, but it’s also sustainability coming together in a seismic shift,” he says.

Consumers staying at home will also likely benefit the organic industry. “Eating at home provides a great opportunity for people to try new items. Some items have skyrocketed in sales—organic ginger goes nicely with cooking at home for example,” says Seeley.

Simko agrees that leadership guides everyone through crisis — but at the same time, people step up in surprising ways. “Once everyone calmed down, people stepped up and got us through this,” he says.
In turn, Seeley notes it’s critical to have better leadership at the federal level in this crisis. “Having a plan, something we can all work towards, would be beneficial to all of us,” he says.