How might the outcome of the US election affect trading policies? 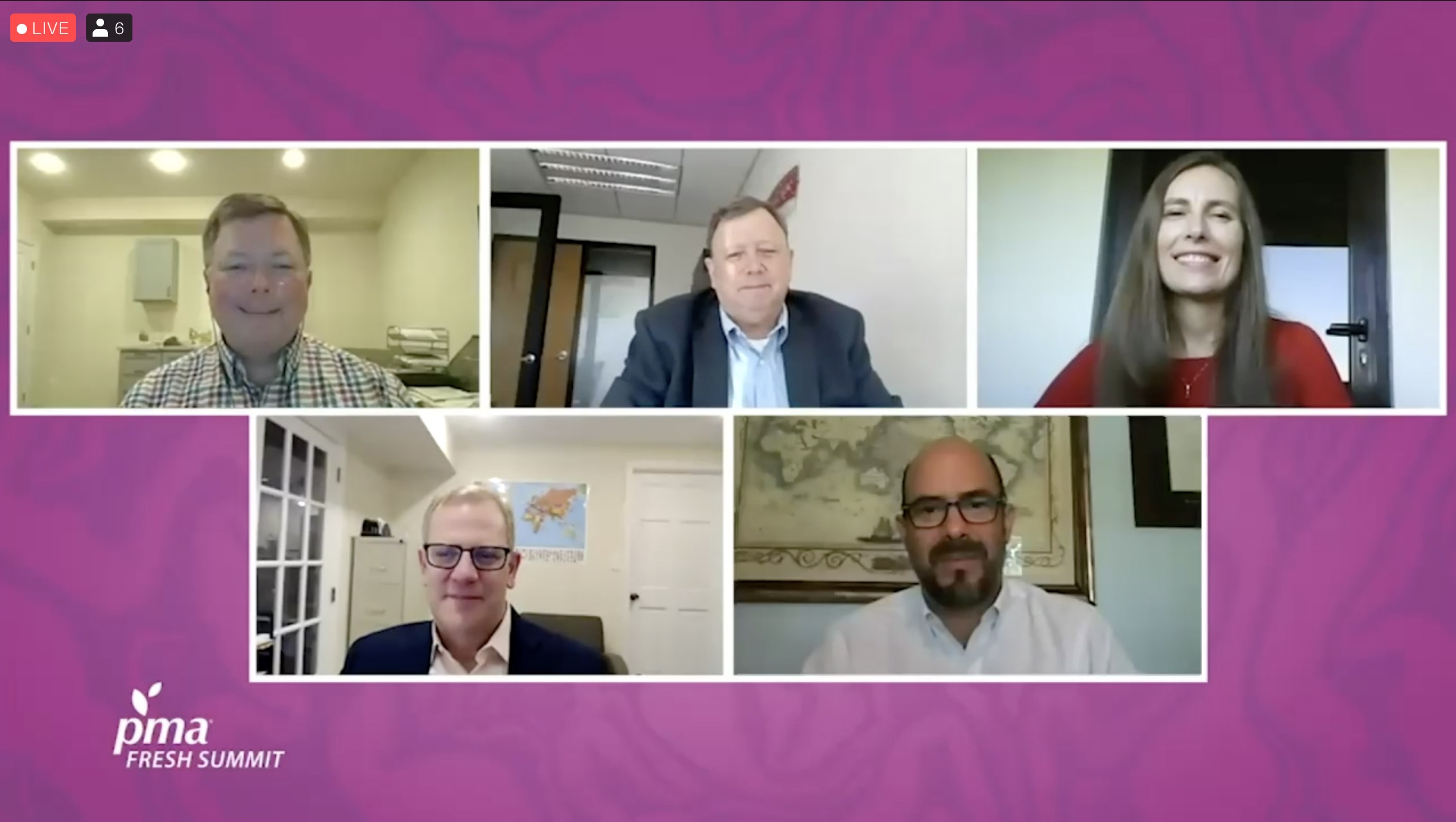 “We are getting close to this consequential election which will have repercussions both domestic and across the globe. Regardless of the outcome, we will see consequences. While there are only a few weeks to go, a lot can still change in that time. If Biden wins, this would mean an entire US government cabinet shift, and there will likely be more aggressive regulatory approaches, especially for agriculture, with regard to air, water, pesticides, food safety, and trade. If Trump wins, there will likely also be changes in the cabinet, but less so than if Biden is elected,” Hunt Shipman, Principal and Director of Cornerstone Government Affairs introduces the topic. 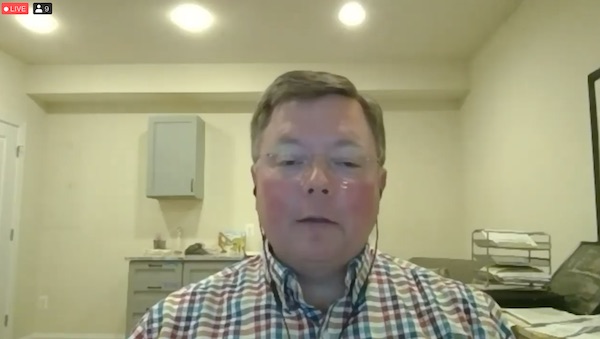 Hunt Shipman is the Principal and Director of Cornerstone Government Affairs.

Trade regulations and protectionism
One of the most important topics discussed by the panel was the effects the election could have on trade. José Antonio Gómez Bazán, who is the Managing director of Camposol International, provides the perspective from Peru: “Each of the candidates will have a different impact on the trading relationships the US will have with the rest of the world. Protectionism is something that we are very wary of, it’s often a double-edged sword because while you are working to protect somebody, you are often hurting others in the process. In the case of the produce industry, the people who will be hurt are the consumers as well as other industries that are directly related to the industry, such as transportation and warehouse companies.”

For Bazán, the issue comes down to the creation of wealth, which is directly related to industry growth. “A good example of this is the avocado industry. In Australia there are protectionist policies in place for the avocado industry, and this has resulted in consumers paying up to $5 for an avocado, and little growth of the industry. In the United States on the other hand, where the policies are much more open, the avocado industry is a multi-billion-dollar industry and the market has seen tremendous growth over the years. Even the domestic growers in California are expanding and increasing profits. Overall, I would say there is not one right answer, but the purpose behind the policy should be to create growth, and in turn create wealth. The right measurements and policies can help industries double, triple, or even quadruple in size. Growth will be beneficial for the growers and distributors, and at the end of the day, also for consumers,” Bazán explains. 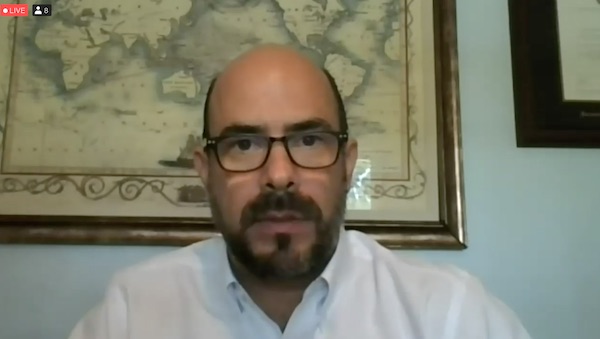 Bilateral trade between US and Mexico and the USMCA
Jose Luis Bustamente, President of Aneberries, the National Association for Berry Exporters in Mexico, also stresses the importance of the trade policies that might result from the election. He says: “Mexico and the US are trading partners for life, especially because we are connected by a shared border. Our industries are often complementary, and in agriculture specifically we can point to the huge success story of the avocados. On the other side of this, Mexico has benefited tremendously from the apples imported from the United States. Another example is strawberries, which are exported to the US in the winter, but in the summer, Mexico imports their strawberries from California. So, from our perspective, the biggest stake in this election will be the outcome of the trade policies: protectionism or global trade to benefit everyone, and this isn’t specifically a partisan issue. The pandemic has shown us that the produce industry is essential, and to be able to continue to provide consumers with healthy, safe, sustainable, affordable and available product, we need open global trade.” 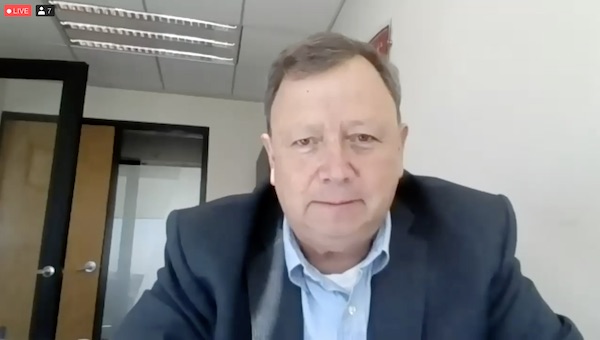 Jose Luis Bustamente is the President of Aneberries.

Alice Gomez, VP of Cornerstone Government Affairs, expands on the issue, explaining: “Both Biden and Trump are in support of the USMCA deal. From Biden’s perspective, the strong labor and environmental provisions are attractive for the Democratic Party and they want to see those reforms take place. The implementation of USMCA might look different for the two candidates, however. Trump’s administration made some promises to growers in the southeastern states of the US when negotiating the trade agreement which might not carry over to the Biden administration. Tariffs are one of Trump’s signature policies, and he often uses tariffs as a negotiation tactic. Biden will probably take a more globalist approach and back away from some of the national security tariffs from these past four years.” 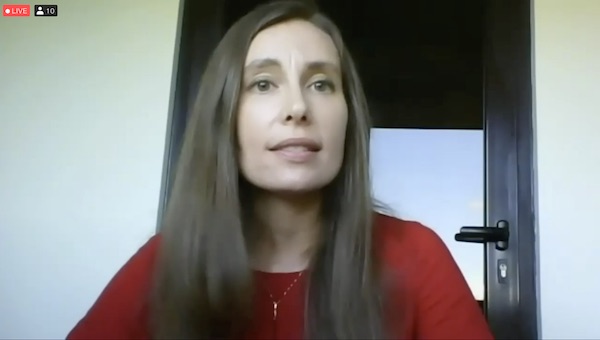 Alice Gomez is the Vice President of Cornerstone Government Affairs.

Make the issues of the produce industry heard
In closing, Gomez says: “If you are not at the table, you are on the menu. So, engage with the policy makers. You need to tell your story, because it’s not a question of if you will need political support, it’s a question of when.”