On Thursday, October 15, 2020, Kentucky Fresh Harvest (KFH), celebrates the realization of a promise made to the community of Stanford with a ribbon cutting ceremony presenting the commonwealth’s first high-tech greenhouse to the public for the first time. The ceremony takes place in the shadow of the new greenhouse facility, located at 320 Frontier Boulevard, Stanford, KY 40484.

Recognizing the opportunity for Kentucky to become a leader in sustainable food production as well as early signs of a trend toward local food among key market segments, in 2015 the company began scouting locations in rural communities across the state. Four years after breaking ground on the 30-acre campus in Stanford, the company’s leadership is joined by Senior Advisor to Gov. Beshear, Rocky Adkins, and Chief of Staff for Kentucky Agricultural Commissioner Ryan Quarles, Keith Rodgers, to mark the successful end of their pilot crop and the beginning of full-scale, year-round production. 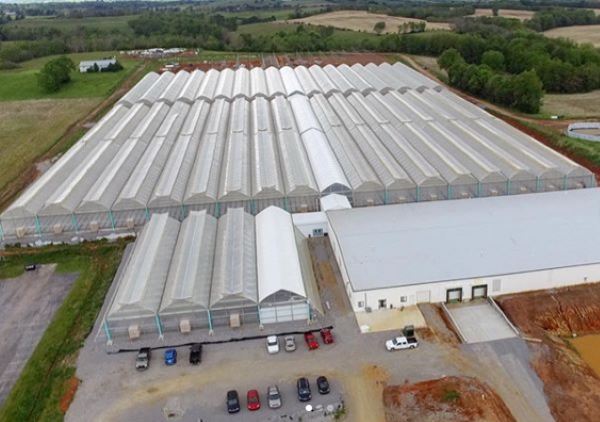 “Kentucky Fresh Harvest is the type of company we envision can help strengthen our state’s economic potential, not just in the years ahead but for generations to come,” Gov. Beshear said. “The company bringing its operation on line during such a tumultuous time is a testament to their staff’s ability to adapt quickly and be prepared for any challenge. Kentucky Fresh Harvest has a bright future and I’m proud it will be here in the commonwealth.”

The company’s mission is to empower rural communities with advanced agricultural science and technology to build a more resilient, equitable food system and bring what they call the “Future of Farming” to the commonwealth. With state-of-the-art environmental controls and a team of growers composed entirely of Kentucky natives, farm representatives say they are able to produce high volumes of cherry and grape tomatoes within a day’s drive of nearly two-thirds of the nation's population. As the farm transitions into full-scale production later this year representatives say this relative proximity to market hubs, in combination with hydroponic systems that prevent runoff and reduce energy consumption, will greatly reduce their impact on the environment even as they scale up to harvest fresh produce 365 days a year.

“I’m extremely proud of our team at KFH,” said Curt Meltzer, CEO. “Not just for growing and harvesting this pilot crop during an extremely challenging time, but for the multitude of other steps they’ve taken this year to bring our vision for the Future of Farming to fruition. This is a win for Stanford, Lincoln County and Kentucky’s agribusiness economy as a whole.”

KFH is a member of the Appalachia Proud program, holds a position on Gov. Andy Beshear’s Agritech Advisory Board and, this fall, will become the first greenfield farm to be certified in the Equitable Food Initiative (EFI) standards for safety, environmental management, and social responsibility.