"Our goal is to make all our processes circular"

The history of Duijvestijn Tomatoes counts more than fifty years of growing so it's not a surprise that Mr and Mrs Duijvestijn Sr. were given the honour of planting the first plants in the brand new greenhouse complex. The first half of the greenhouse is ready to be used. The second half will be ready around December. 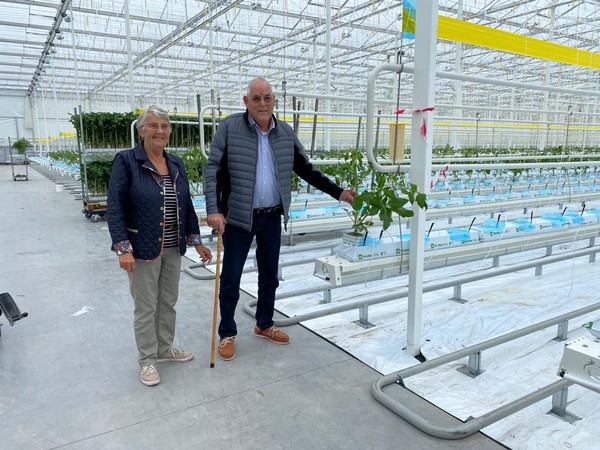 The first generation of Duijvestijn symbolically plants the first crops for the new generation.

25 hectare
With the expansion, the tomato grower almost doubles its current acreage from 14.5 hectares to 25 hectares. The new greenhouses are equipped with the latest technology in terms of grow lights, climate control, energy, and water management so that year-round sustainable cultivation of high-quality tomatoes is possible.

“One of the new features we will be using is hybrid top lighting. 50% LED and 50% Son-T lamps,” says Ad van Adrichem, Managing Director at Duijvestijn Tomatoes. At the moment, there are only a few growers in the Netherlands using LED lighting.

Gain experience
One of the advantages of LED-lighting is that a lot less electricity is needed for the same amount of light and that the lamps produce very little radiant heat. With the hybrid lighting, the heat and light in the greenhouses can be controlled independently, which allows for better control of the greenhouse climate.

“In the next couple of years we will be gaining experience on 5 hectares,” Van Adrichem continues, “depending on the results we can decide to light the other 5 hectares as well and whether or not we can completely switch to LED. With an eye on the future, we made both greenhouses capable of being fully lit by LED, so we still have all our options available.” 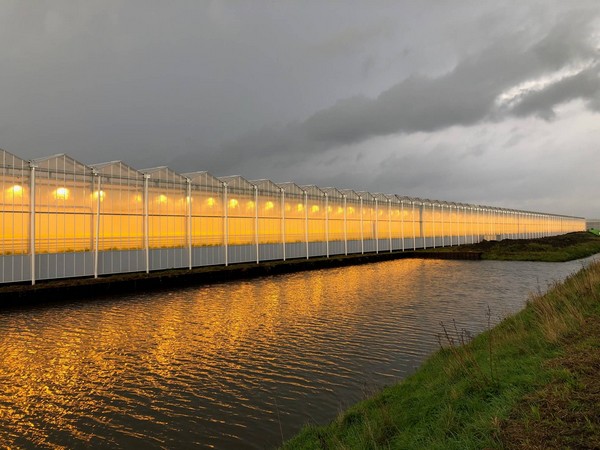 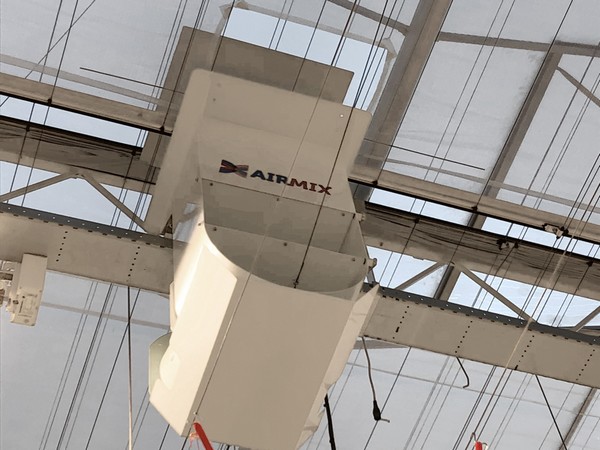 Dehumidifying
The grower will also be actively dehumidifying using the Airmix system. The system is designed to make it possible to ventilate even when the screen is fully closed. The Airmix draws cool air from above the screen and blows it into the cultivation space below the screen cloth. In doing so, fewer windows need to be opened, and less ventilation is needed leading to a more stable climate in the greenhouse. Van Adrichem: “This system has not been used in Dutch tomato cultivation yet, so we will be gaining a lot of experience from doing it.”

The screen installation consists of a blackout screen and an energy-saving screen allowing more to be saved in energy costs. “The entire system is designed to create an optimal greenhouse climate in order to realize a stable and higher production allowing for optimal product delivery while also using less energy.” 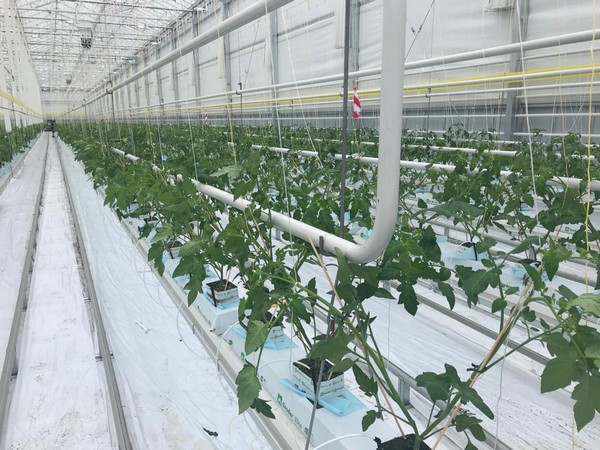 Water
With an eye on the future, water management was also looked into. It is expected to be raining less often, but the rain showers will be more severe, with large amounts of water coming down in a short amount of time. To prepare for this, the water that pours down on the greenhouses is stored in large underground storage to be used again in periods of drought. This way, the water net will not need to be used.

This new way of water storage is also linked to a reversed osmosis system, causing the underground water storage efficiency to increase. “Because of this, nothing goes to waste. Our goal is to make all our processes circular, and with the new greenhouse complex, we are well on our way to reach that goal,” says van Adrichem.

Future proof
However, the real difference the grower will make is in what you don’t see. A variety of innovations will be used in the greenhouse. The new systems are equipped to allow the company to change along with the latest developments seamlessly. For instance, the new greenhouse has been prepared to improve data access allowing for more precise cultivation. Van Adrichem: “We are optimally prepared for the next phase in horticulture, such as data-driven cultivation and robotization. This makes us resilient and future proof.”