“UbiGro is essentially a layer of light in a greenhouse,” according to UbiQD’s chief of product, Matt Bergren, who enthusiastically described how the company’s UbiGro luminescent greenhouse film and its embedded nanotechnology facilitate light management in greenhouse settings. Based in New Mexico and established in 2014, UbiQD is harnessing nanotechnology for various applications, one of which is the optimization of greenhouse light quality through its UbiGro luminescent greenhouse gilms. UbiGro films use quantum dots to convert UV and blue photons to longer wavelengths, resulting in the emission of orange/red light. Otherwise stated, UbiGro is a photoluminescent film that glows when illuminated with sunlight due to the conversion of short wavelengths to long wavelengths. This allows growers to harness various wavelengths for photosynthesis and improve crop yields. 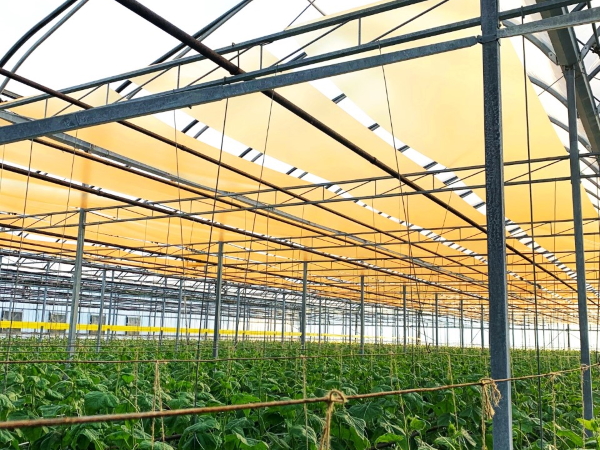 Damon Hebert, the company’s director of agricultural research, explained that UbiGro hold an advantage over conventional photoselective films and shade nets by maintaining light intensity while optimizing the light spectrum, whereas conventional methods typically address one at the expense of the other. Hebert also pointed out that “UbiGro films are electricity-free, whereas modifying the light spectrum by LEDs requires electricity.”

The modification of light spectra for plant growth is based on the principle that not all wavelengths are equal, with red wavelengths having been proven as the most photosynthetically efficient wavelengths. By converting UV radiation and blue light to red/orange light, UbiGro films increase the photosynthetic efficiency of light reaching the canopy, allowing growers to favor biomass accumulation, root development and flowering/fruiting. These principles were demonstrated in the first phase of a pilot program which evaluated the film’s performance in a commercial greenhouse setting from 2019-2020. 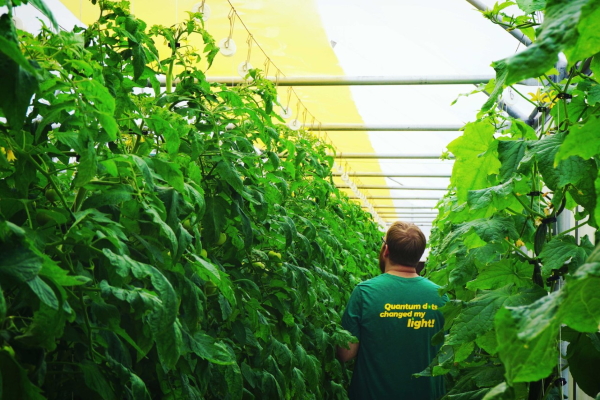 In partnership with 19 greenhouses across five countries, Phase I of UbiQD’s pilot program focused on the production of tomatoes, lettuce and strawberries under a UbiGro film. Results demonstrated an overall improvement in crop yield when compared to a control, with the highest yield improvements occurring in regions with high light intensities (i.e., high altitudes and/or sunny climates). More specifically, “tomato yields were increased by as much as 20% while lettuce and strawberry yields were both approximately 10% higher under UbiGro. Ongoing studies are assessing the film’s affect on cucumbers, basil, and bell pepper production”, according to Bergren. 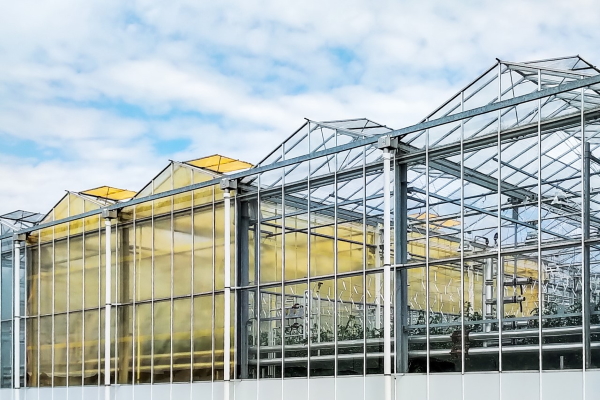 Beginning in October 2020, UbiQD will be accepting applications from greenhouses across the world to participate in the second phase of the pilot program. The application can be accessed on the company’s website*. After a competitive selection process, participating greenhouses will be provided with UbiGro luminescent greenhouse film to be used in a year-long trial, at which point the growers can then purchase UbiGro film at discount. Furthermore, additional growers can participate in the pilot program and the film will be provided at a discounted price. According to Hebert, “UbiQD is also open to different ways of financing the cost of the film to ensure that growers have access to the technology and can handle the upfront costs”. That said, UbiGro luminescent greenhouse film is designed to recapture its costs within one year of installation through increased crop yields.

Hebert explained that the company is data-driven and aims to produce various films in order to meet the specific needs of certain crops and climates; that is why the company is striving to include a wide range of growers in Phase II. More importantly, UbiQD is focused on ensuring that growers are involved in the technology’s development. The company has conducted extensive research with NASA and various universities but is equally committed to making UbiGro technology available to growers, both physically and economically. With respect to the economics of UbiGro manufacturing, Hebert explained that when customizing light recipes, “the manufacturing process is the same, so films providing different light recipes should not incur higher production costs, whereas spectra customization with LEDs require different chips and phosphors to produce different wavelengths” and can substantially increase the cost to growers. Also improving the scaleability of UbiQD’s manufacturing process is the company’s recent partnership with Nanosys, a leading manufacturer of Quantum Dots. 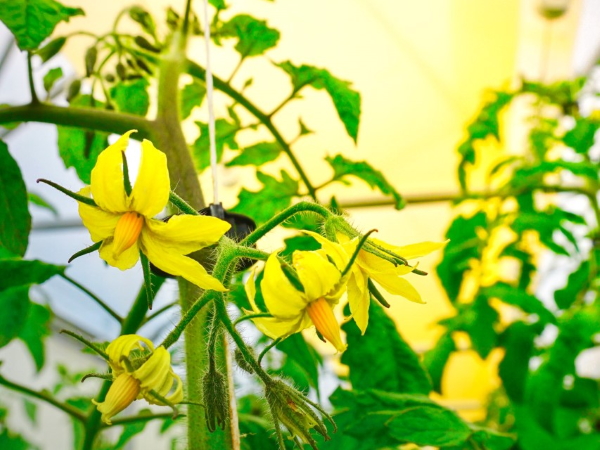 Greenhouse growers interested in participating in the second phase of the UbiGro pilot program are invited to apply through the company’s website.