Plant breeding companies are constantly developing new varieties that meet the demands of growers, market, retailers and consumers. In the past season, Sakata has introduced a few new varieties and Pieter Vermeulen, High-Tech crop specialist, talks about what Sakata has to offer.

"Growers and merchants asked me when Sakata would be bringing new flavorful snack tomato varieties on the market. They wanted an alternative that met their demands.”

It was no easy task. “When developing and testing new varieties, a good flavor, high production, and low labor costs are the most important criteria based on which we make our selection”, Pieter continues.

By now there is a lot of choice at Sakata. Pieter kicks off the talk about his snack tomato assortment by listing the varieties Crimson Star F1, Scarlet Star F1, Lemonstar F1, Chocostar F1, and the previously introduced Royalstar F1. "Although the varieties all have different qualities, they all have great flavor, high production, and low labor costs when comparing to other current varieties”, says Pieter. Because of that, they offer an alternative for producers, retailers, and consumers, according to Pieter. 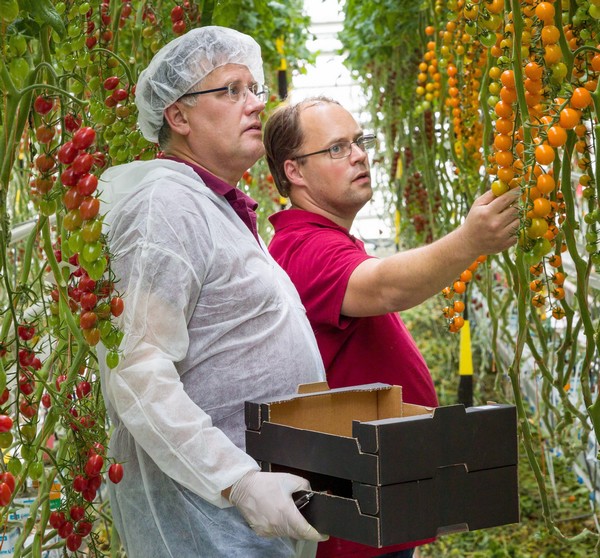 Crimson Star F1 resembles the standard variety with more growing power. “Early on in production, the crop reaches a good fruit weight and has a characteristic dent in the fruit”, says Pieter.

The Scarlet Star F1 crop has more growing power and is more closed. “The Scarlet Star production peaks mainly during summer, which is advantageous because the past few years have proven that prices increase in summer since production in the South of Europe and the North of Africa almost completely drop in that time. The fruit from the Scarlet Star F1 is firm and has more bite to it; besides that, both varieties yield a significantly higher production.”

Last season, Pieter wrote a cultivation recipe for both varieties with his team at Sakata. “The vines of both varieties need to be pruned in order to get the best results. Both varieties grow easy to maintain, splitting vines with lots of flowers. By pruning, short-switched splitting vines are made, and the zone in which can be harvested is limited. The thought that pruning costs a lot of extra labor hours eventually results in a much better harvesting performance”, Pieter notes. “Besides a better fruit weight (the wanted weight of 11-12 gram is maintained throughout the season), a higher production, a uniform product, and a better flavor”, Pieter continues to sum up the advantages of pruning vines. “And finally, both varieties have the characteristic of having tomatoes that are less sensitive to the fruits falling off.” 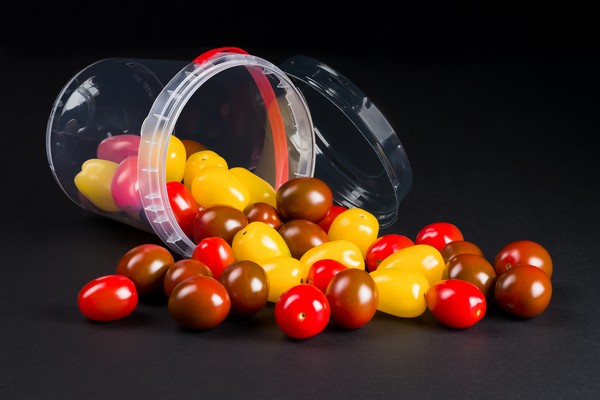 Chocostar F1 in a mix

Chocostar F1 and Lemonstar F1
One year after its introduction, Pieter notices that the Chocostar is still gaining recognition with retailers and growers. He describes the variety as a compact, strong growing, and generative plant that also thrives in lighted cultivation. “Easy to balance out and to keep balanced. The fruit color is a shiny reddish-brown, and the brix is also high. The thin skin and balanced, juicy flavor make you want to keep eating them.”

Recently, the Lemonstar F1 was added to the product line. A variety with a bright yellow color that makes for a perfect contrast in most mixed assortments and grows throughout the season, even in summer with high light intensities, says Pieter. “The strong growing and generative plant opens up more during summer but keeps its growing power. The fruits are short-switched on the plant's longer vines, an ideal fruit weight of 12 grams, and a high brix for the entire season.”

Finally, the orange (vine) cherry tomato: Royalstar F1. The variety has a loyal following of growers and buyers. “As a grower, you need to have a buyer to get them”, Pieter says. The short, strong, and generative plant also thrives in lighted cultivation. “Nice vines, great flavor, and beautiful deep orange tomatoes that are strong against tearing.”

For more information or making an appointment to visit the Improvement Center at Delphy: