In September 2019, the National Plant Phenomics Centre initiated a tender process to replace the horticultural light equipment in one of their main grow rooms. This internationally renowned center works both with academic and industrial partners in the UK and globally, namely by providing access to state-of-the-art greenhouse phenotyping platforms with unique conveyor belt systems, and fully automated high-tech image acquisition and precision watering tools. The NPPC is hosted within the Institute of Biological, Environmental and Rural Sciences (IBERS) at Aberystwyth University in Wales. In their search for lights, they ended up at Kroptek. 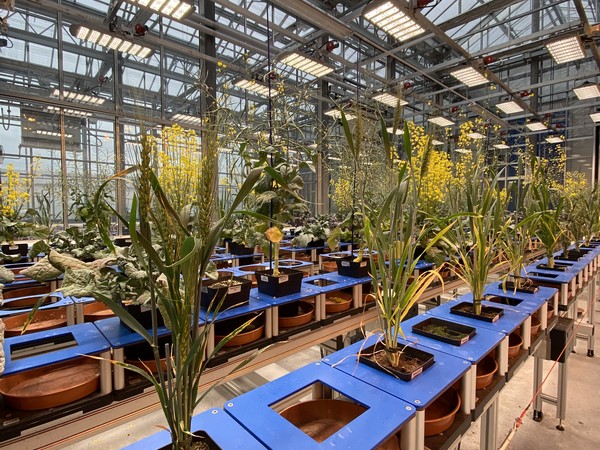 “We were keen to replace the existing 600W high pressure sodium lights with LED lights, both for the improvement in growth conditions and from the environmental and cost benefits of lower energy consumption. We had very specific needs, as the lights needed to be 400 volts, had a high IP rating, capable of being used as top-up lighting with broad-spectrum wavelengths to suit with the large diversity of plants we grow in our facility,“ explained Dr. Fiona Corke, Smart House Manager.

These specific requirements led Kroptek to propose bespoke versions of their Sunblast LED lights with customized power supplies and plugs to fit the specific voltage on site. The UK LED specialists also recommended their most versatile Broad Spectrum due to the wide variety of plants studied in the NPPC’s different Research Programs.

The first on site trials proved very satisfactory: “We were very impressed with the level of detail in the lighting plan and the overall performance of the luminaire Kroptek left us to trial for a couple of months,” confirmed Jason Brook, Mechatronics Technician. The full transition roll-out was completed in January 2020 and the NPPC team appreciated Kroptek’s professionalism dealing with the unexpected challenges of such an installation. “There were minor teething problems, but the after-service care was fantastic, with prompt and friendly action to rectify the issues,” confirmed Jason. 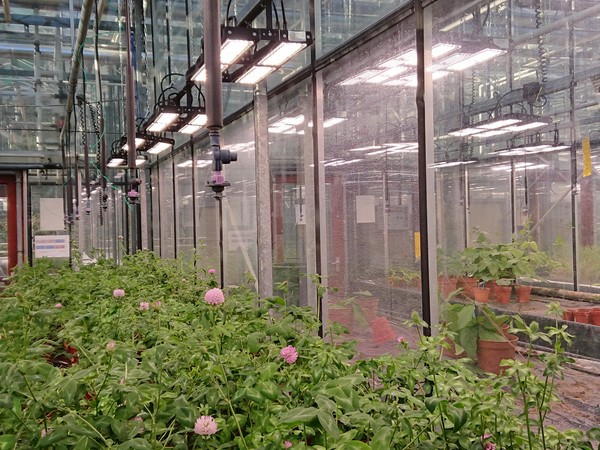 The gain in energy efficiency was estimated at 48% not including the costs linked to the annual bulb replacement and maintenance required for about 100 HPS fixture. In addition, the transition to Kroptek LED lights also drastically reduced the need for intense active cooling resulting from the heat release of the former HPS lighting equipment. The project funding was secured under an Energy saving initiative so meeting the NPPC’s expectations in terms of significant energy consumption reduction was key to this project.

A few months later, the neighboring IBERS facility kicked off another 400W HPS to LED transition project for their glasshouse compartments. This time, as the need was for supplemental lights vs the former project’s top lights, Kroptek recommended their HiKrop model. This versatile luminaire was proposed in its 240W version to ensure an optimal 1:1 fixture replacement. The lights-only energy consumption saving reached an impressive 53%.