Fruit Attraction 2020 has officially started through the LIVEConnect platform

Fruit Attraction 2020 has officially started on 1 October through the LIVEConnect platform, which will remain operational until October 31. The opening ceremony has been chaired by the Spanish Minister of Agriculture, Fisheries and Food, Luis Planas; the president of FEPEX, Jorge Brotons, and the general director of IFEMA, Eduardo López-Puertas, accompanied by the director of Fruit Attraction, Raúl Calleja. 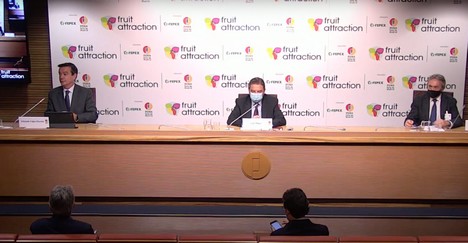 For Ifema, the holding of the first remote edition of Fruit Attraction, which this year celebrates its 12th edition, has a special meaning. "Fruit Attraction is undoubtedly a success story for IFEMA and for the fair sector, as it was first held in 2009, in the middle of an economic crisis, and it has become a flagship event in less than a decade." 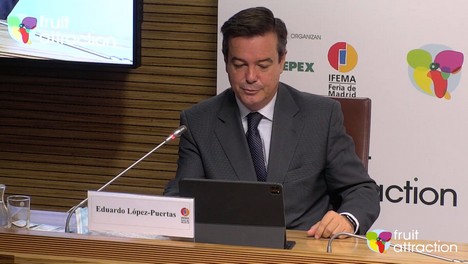 Last year, 1,770 companies from 58 countries took part, attracting almost 90,000 visitors from 127 countries. This year, there are around 500 companies from 24 countries participating actively for now. “In 2020, a new format has been created which serves as a preview of something that Ifema had already been working on. The pandemic will pass - we hope very soon - but there are changes that will remain. Hybrid formats are here to stay; the world is changing very quickly.”

Fruit Attraction LIVEConnect is an artificial intelligence system designed to generate thousands of hits and to improve brand awareness for companies and their products. With thousands of buyers and traders from more than 160 countries, it is becoming the largest professional network in the world specialized in the fruit and vegetable sector. The system features all the necessary functionalities to create sales opportunities and help outline the new trends and developments of 2020. The platform also allows you to make video calls and to hold chats, showcasing sessions, etc. 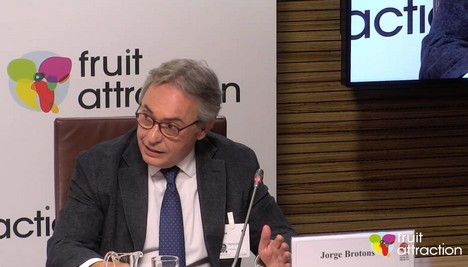 According to Jorge Brotons, president of Fepex, Fruit Attraction has served to strengthen the sector's exports. In 2009, the year in which its first edition was held, Spain exported 9.5 million tons of fruit and vegetables worth 7,812 million Euro. In 2019, exports reached 13.5 million tons worth over 13,500 million Euro. This entails 31.5% growth in terms of volume and 73% in terms of value.

“With COVID-19, the production and export of fruits and vegetables has not stopped, as it is considered an essential sector. However, we've had to deal with additional problems, such as higher costs. The pandemic has forced us to reinvent ourselves this year, but we will remain committed to the face-to-face format in future editions. The next face-to-face edition is scheduled to take place from October 5 to 7, 2021 and will benefit from this year's results,” said Brotons. 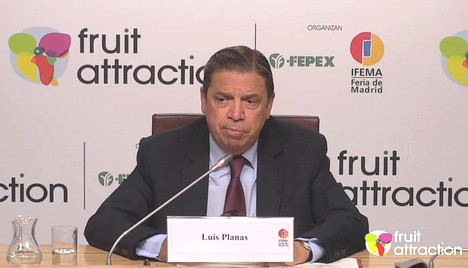 For the Minister of Agriculture, Fisheries and Food Luis Planas, the agricultural sector is the most relevant in Spain, generating more than 17,000 million Euro at origin (including flowers and plants). "Spain remains the leader in the production of fruit and vegetables in the European Union. It is also the third largest producer in the world, and the world's second exporter in terms of value, only behind the United States."

The Minister is happy with the significant increase in fruit and vegetable purchases during the lockdown, which entails the adoption of healthier consumption patterns. He has encouraged consumers to continue consolidating these healthy eating habits and ensure that the richness and variety of the national fruit and vegetable production is properly appreciated. Planas has offered government support to create strong interprofessional and well-dimensioned organizations, to gain bargaining power and maximize the use of community funds.

The Fruit Attraction LIVEConnect platform will remain active throughout the month of October and, besides the commercial part and the generation of multiple contacts between exhibitors and visitors, who must register in advance on the platform, the event will also feature webinars, debates and sessions on matters of interest to the sector.

One of these webinars, scheduled for October 20, will address the consequences of the United Kingdom's departure from the EU for fruit producers and exporters in the event that no agreement is reached with the European Commission. The webinar, organized by FEPEX, will look into the tariffs that will be applied in the event of a “no deal”, as well as into the competition from non-EU countries in the British market. This week, the ninth round of negotiations between the Commission and the United Kingdom is taking place, and the deadline for an agreement to be reached, according to the negotiators of both parties, is the second half of October.