"We both started in a newly constructed greenhouse"

This month, both Arjan Wensink and Gerard van Vossen have been working at eggplant grower Gebr. van Duijn for 25 years. A moment to celebrate for Arjan and Gerard as well as the company, which expects a new greenhouse filled with crops mid-November.

25 years ago, both men found a company in the Dutch town of Steenbergen that just started constructing a greenhouse. Gerard: “I attended the agricultural school in Goes, joined the army, and after a short employment moved back in with my father. He didn’t want any freeloaders, so I had to go look for a job.” 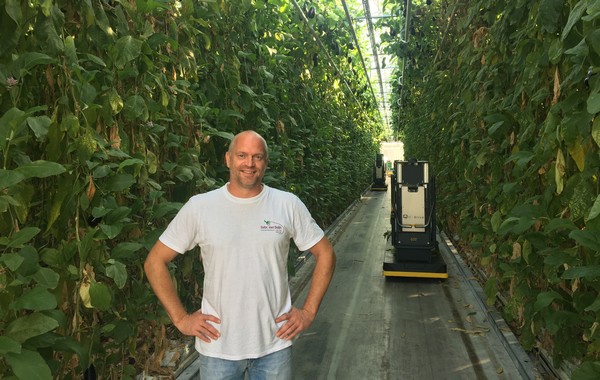 Job application on an auction box
He became an eggplant grower in a time during which the fruit was still very exotic. “When I applied for the job, I thought I was only going to work there for a ‘short time’”, Gerard reminisces. “I had never seen a greenhouse before and only knew the phenomenon from the Dutch Westland.”

During his interview, Gerard was introduced to how horticulture was conducted back then. “The greenhouse was still being built. The glass had just placed and sitting on an auction box amidst the still bare grounds I had an interview with the two brothers. That’s how things went back then.” 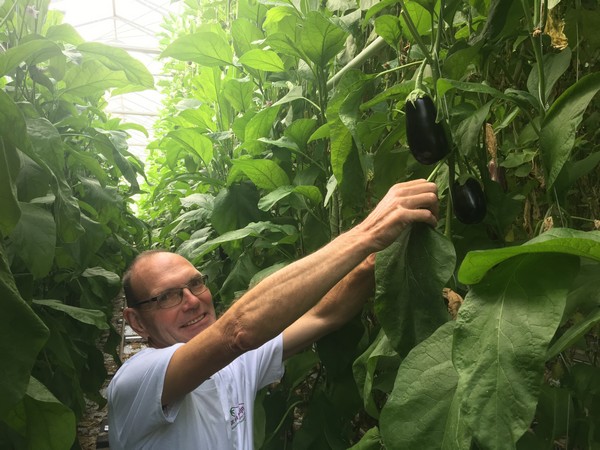 Arjan Wensink can mainly be found in the greenhouses in Steenbergen. "But, if needed, I also help out elsewhere.”

All-rounder
Arjan also joined the company when the greenhouse was being built. He remembers the greenhouse was being glazed at the time. “I was able to start working in a brand new greenhouse, which was very nice.” Arjan already had a lot of horticultural experience back then. Before joining at 29 years old, he had already worked as an independent grower for six years with bedding plants and cut flowers and had even worked with other growers. “I started out as an all-rounder, really.”

Which, in many ways, Arjan still is. Twisting in the plants is one of his main tasks, just like various other jobs, such as pest control. “I have also worked on eggplant breeding for years, which was for De Ruiter at the time until the eggplants were removed from the assortment.”

Stuck around
Now Gerard is a company director in Oosterland, where a new greenhouse was built in 1998. “When I started out, it was in Steenbergen where I did everything from painting tubes to peeling foil and a lot of crop work like cutting.”

Gradually he was given more managerial duties after also having worked as a cultivator for quite some time. “They were looking for a supervisor at the new location in Oosterland, and because of the company’s growth there, Pluen van Duijn, the general manager, was getting busier and busier, so at one point I became the company director.”

The more responsibility Gerard was given, the more fun the job got for him. “So, I just never left, haha.” But for a while, it almost seemed to be the case. “I did look around a bit when the greenhouse in Oosterland was getting older, but the guys knew how to talk me out of it and told me a lot of developments where about to happen. And that turned out to be true. The new developments keep the work challenging. For instance, I worked on trials of Purple Pride with lighting to give an example.” 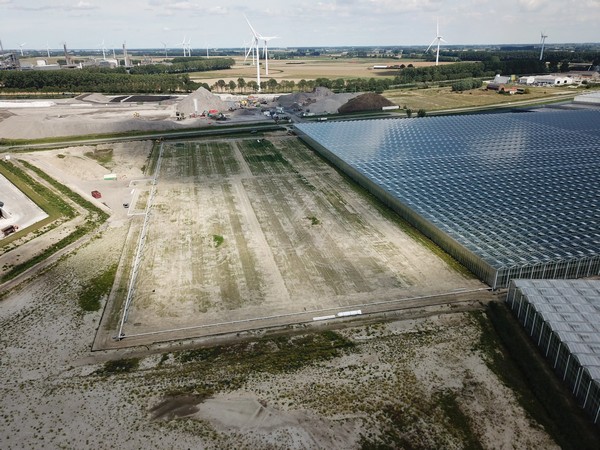 At the moment, a 2.6 hectares greenhouse is being built for eggplant growers. Mid-November, the existing greenhouse, and the new one will be used again. Photo: Havecon. More photo’s on the LinkedIn of Gebr. van Duijn.

A small group has gotten big
Both Arjan and Gerard are sometimes melancholic when thinking about when the company was still ‘small and cozy’. Arjan: “Meetings around the coffee table, a small group, it was great. Now we have multiple locations, and things have become more official, which is a logical consequence.”

Gerard recognizes the feeling. "When our group was still small, you would, for instance, work next to your ‘boss’ in the greenhouse. Management, of course, can’t do this anymore with all the extra tasks that came with the companies growth. Frying up some snacks during the one hour break and ending Fridays with a few beers, sometimes going till deep in the night, that’s all different now. You also have a lot more employees to take into account.”

Despite those unavoidable changes, Arjan and Gerard are still more than willing to stay for a couple more years. Gerard: “If it were up to me, I would stick around for another 25 years.” Arjan: “I won’t be able to make that, but maybe I will still be here to celebrate a 40th anniversary. I still really like it here.”

Want to congratulate Arjan and Gerard? You can: Arjan (arjanwensink1@gmail.com) and Gerard (gerard@gebrvanduijn.nl)