Okra originates from Africa and is very common not only in this continent's gastronomy, but also in that of in other regions, such as the Middle East, India or Latin America. Although the product is relatively unknown in Europe, its consumption is increasing every year. The southeast of Spain has been found to be an ideal area to grow it, with an interesting commercial window, compared to its competitors. 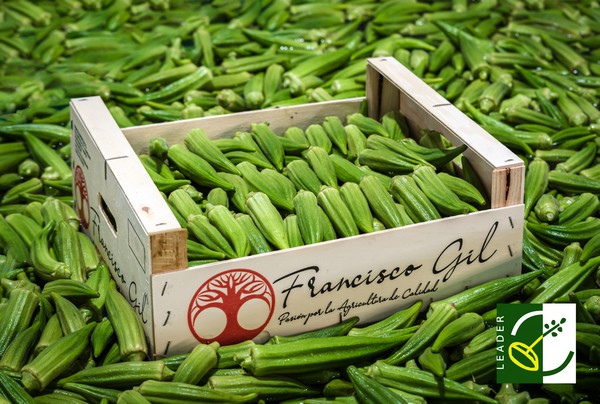 The Murcian firm Tropical Exports Gil, which is a pioneer in open ground okra cultivation in Spain, has been producing, packing and exporting okra for 7 years thanks to the microclimate of the Eastern region. The vegetable, which is sensitive to humidity, is grown from late May to mid-October.

“A few years ago, I became interested in growing okra. Here, in this semi-arid area, mallow grows perfectly and, since okra is part of the mallow family, I decided to test and study its behaviour, which yielded fabulous results. By growing it in the open ground in such a relatively dry area, we have hardly any problems with fungi or other pathogens that thrive in humid conditions,” says Francisco Javier Gil, manager of the company. “From the initial 600 plants, we have grown year after year until we've now reached 300,000 plants, and we hope to reach 500,000 plants in the next season,” he says. 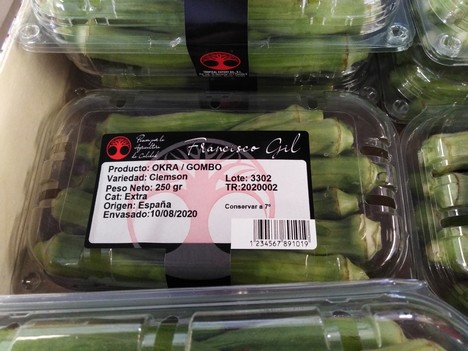 Okra is exported to much of Europe, “Particularly to France, where Oliver Khampheng, of EXO3, is our main distributor in Rungis. We also market it in Spain and export it to Italy, the United Kingdom, Portugal and Belgium,” he says. "The European population of African origin is the one that knows this product best and therefore, those who consume it the most." 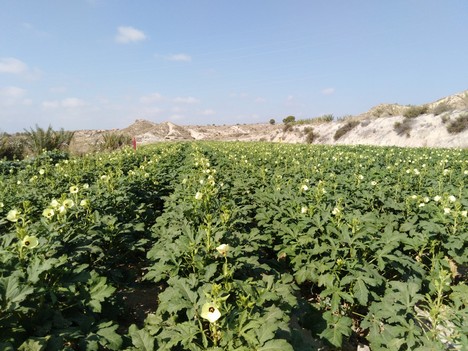 According to Francisco Javier Gil, okra sales have not been affected by the impact of the pandemic in recent months. “As for the price, it has been better than in the previous season. I don't know if this is partly due to the quantity or imports from Latin America, which have not arrived as smoothly due to the problems caused by the pandemic. The main competing countries, Honduras, Nicaragua and the Dominican Republic, have had their low seasons, and we can also offer a more competitive price because we don't need to ship our product by air. Refrigerated transport is enough,” he says. 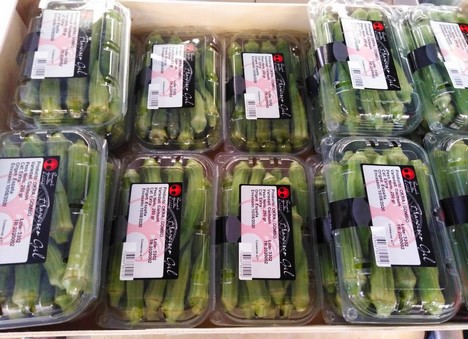 “We pack our fresh vegetables in wooden boxes, in 3 and 8 kilo formats. We also use 250 gram trays, and this year we have included modified atmosphere solutions to extend the product's shelf life to 15 days. The pods with defects, that are too large, or that simply do not meet the quality requirements of our customers are intended for drying for subsequent grinding. Thus, we also market 100-gram packages of ground okra, which can be used as a condiment," he says.

In addition to okra, Tropical Exports Gil produces and markets other exotic vegetables, such as Habanero peppers, which are grown on 2 hectares, and it is starting trials to introduce the African eggplant varieties Djcadatou and Garden Eggs. The company is also working in the certification process of the region's okra by obtaining a Designation of Origin.