Autumn began in Belgium last week. Cucumber growers noticed that immediately. The previous week, decent €0.70 prices were still being noted at Belgian auctions. Now, these farmers have to settle for €0.35 to €0.40.

"Autumn started last week, and people are reaching for winter vegetables, like chicory and leeks," Martine Ingels explains the sudden 50% drop in cucumber prices. She's REO Veiling, a Belgian cooperative's, cucumber product manager. "Barbecues are now definitely a thing of the past."

Martine's conclusion follows a week after people briefly unpacked their barbecues. That was due to hot, late summer weather. Temperatures of 30°C were recorded, so cucumber prices shot up to €0.70. "Not only was demand high, but supply was also already dwindling. Belgian cultivation is coming to an end," she says, explaining the price resurgence. 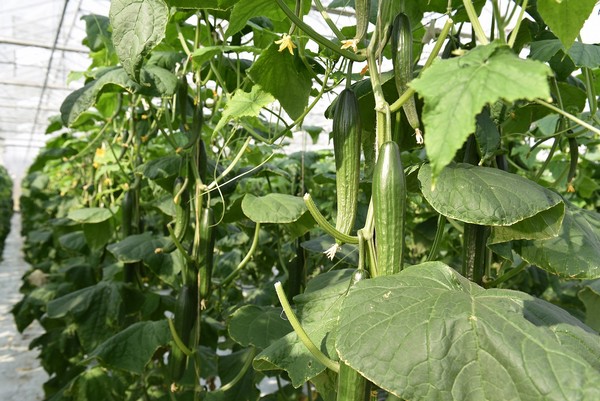 Spain is turning up
The first Spanish cucumbers are slowly appearing in Western Europe. These, however, don't have much influence on auction prices, Martine continues. REO Veiling's affiliated growers are now preparing for their final production weeks. "We have supermarket contracts until mid-October. Then Spanish imports take over. This area has no lit cucumber cultivation."

Reflecting on the cucumber market, Martine considers it a 'reasonable year'. "The coronavirus pandemic made for terrible spring prices. But, from August, that was partially compensated by good prices. These continued until last week." She doesn't think Belgian cucumber acreage will decline next year. That's thanks to the market recovering.

Northern France
REO Veiling and BelOrta are the largest auction houses in Belgium. Thanks to their geographical location, these cooperatives work together, rather in competition. "We each have our own suppliers and specialties."

"BelOrta focuses more on the Dutch and German markets. We are focused on exports to Northern France". REO Veiling has about 950 affiliated growers, who actively supply the cooperative. More than 200 of these are greenhouse horticulture companies.

Cucumber prices might have plummeted because autumn started. But products like chicory and leeks are doing well. Two weeks ago, leeks were priced at €0.65/kg. Last week Wednesday, it was €0.85. But, on Friday, auction prices had dropped back to €0.65. "Growers see these good prices and prioritize leek processing at their farms. As a result, supply increases and prices drop," concludes Martine.