It is fire season in California, and this season, though it has only just begun, has been a heavy one. As of September 21st, 2020, over 19,000 frontline firefighters are battling 27 major fires in the state, according to Cal Fire. So far this year, there have been over 7,900 fires total, with over 3.6 million acres being burned. Currently, a lot of the fire activity is occurring in the northern part of the state, and many growers throughout the state are seeing smoke effects on their farms.

While new fires are breaking out frequently, other fires are starting to be well contained. At the end of August, when the CZU Lightning Complex and River fires had only just started, California Giant Berry Farms, who have ranches in the Watsonville and Salinas areas, were closely monitoring the situation. Fortunately circumstances never progressed to seriously affect their operations, and Kyla Oberman comments: “We’re very fortunate and grateful that the fires are finally becoming under control and the smoke has passed to allow for better air conditions.”

Smoke causes air quality issues
For Trinity Fruit, whose farms are located in California’s Central Valley, from Kingsburg to Madera, the fires were located around an hour northeast of their growing regions. “The Central Valley’s air quality was unhealthy going on two weeks now. Our surrounding areas experienced ash, grey skies, and the smell of smoke,” Angela Hernandez of Trinity Fruit shares.

Much further south in Coachella, Bob Harrick of Woodspur Farms is also seeing some smoke above the fields. “We’ve been spared from any significant smoke and fire, but there is a bit of a breathing and air irritant problem,” he shares. “Depending on the way the wind changes, we’d get some smoke from the San Bernardino area, where there are fires. But the crop isn’t affected by this, only the work force. In the summer, the labor force starts at sunrise – at 5 am, and they’re finished no later than 2 pm. The workers wear masks anyways, even if it wasn’t for Covid,” he adds.

For the Mountain Mandarin Growers Association, the smoke has been severe. The growers are located in Placer County, and have fires raging on all sides. Rich Colwell says: “They’re not close enough that we’re worried they’ll reach us, but we have seen a lot of smoke effects: in the past five to six weeks, we’ve had maybe one clear day.” Fortunately, this hasn’t had a direct effect on the orchards, says Colwell. “The orchards themselves are fine at this point. For us, we’ve been fortunate with the timing of these fires, which are actually a lot earlier in the season than they usually are. Our harvest starts in early November, and right now the main work we’re doing is the maintenance of the orchards. We’ve had to take precautions to protect our workers, such as going out much earlier in the mornings and then stopping earlier in the day and providing masks to protect from breathing in harmful air,” he shares. 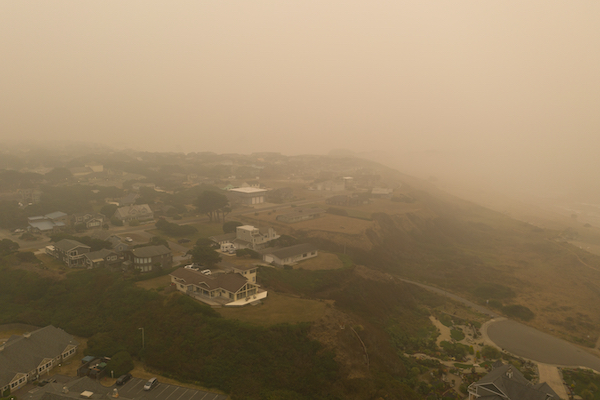 Heat affects crops
The temperatures throughout California have been high, and this is being exasperated by the fires because the smoke traps some of the heat making the temperatures even higher. “The biggest issue is heat, which has been a factor for our work force. I think we’ve finally turned a corner with the first day of fall today. So, moving forward we’ll be fine. But for people who’ve struggled through the past three weeks when the heat was 120-125 and then having smoke as an irritant, they’ve suffered quite heavily,” says Harrick.

Further north in the state the temperatures have been high too, Colwell shares, saying: “This next week, there’s projections for 100-degree weather, and the smoke raises the temperatures as well. We’re hoping to get some more cool days soon, because the chill in the air is important to allow the mandarins to sweeten and turn orange. If that doesn’t happen somewhere in the next few weeks, we could be seeing a late start to the harvest,” says Colwell.

“Overall, we feel fortunate with regard to the timing of our crop, and that we’re able to pull back and protect our workers at this point in the season. Not only do we want to produce high quality fruit, we also want to do it in the safest way possible while in the middle of a pandemic and surrounded by fires,” Colwell concludes. 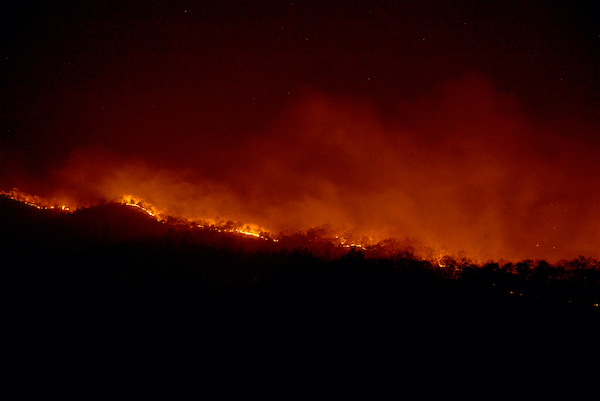 For up-to-date information on active fires in California, visit https://www.fire.ca.gov.